Home > English > NEWS AND ANALYSIS > The Battle Has Been Won, But The War Is Still On 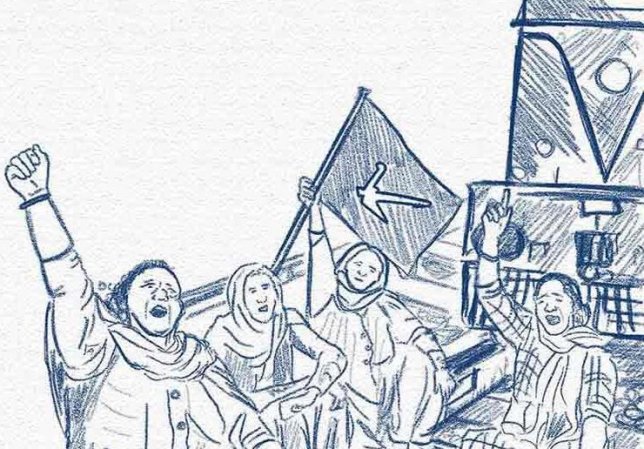 The Battle Has Been Won, But The War Is Still On

After over 15 months of farmers protests, Modi has finally been made to accept defeat and to come out and announce the repeal of the three farm laws. Indeed, this is a historic win. After dismantling the anti NRC/CAA movement, by staging Delhi riots and throwing the anti-Hindutva activists in prisons, this was the second formidable challenge for the Modi regime. We in Radical Socialist salute the indomitable will and perseverance shown by so many farmers, their families and their supporters that has forced this authoritarian regime to bow down. The positive lesson to be learnt is this---only a movement deeply rooted in the people and anti-neoliberal in its character can formidably defy this Hindutva far-right government.

The particular timing of the announcement is significant in two respects. First, this is the day of Gurpurab of the first Guru of Sikhs—Guru Nanak Dev Ji. This tactic reveals an important sentiment: the Modi regime does not want to displease the Sikh minority and wishes to encompass them in its constructed sense of what constitutes the ’wider Hindu-indigenous community’. The farmers protest gave a ray of hope to Muslims in the current communalized environment, it made them feel more secure—the realisation that they are not alone in the fight against the Hindu Far-right. The farmers’ opposition put something of a brake to the wrath of Hindutva.

Second, are the forthcoming elections particularly of Uttar Pradesh and Punjab. The Muzaffarpur Mahapanchayat and the public opinion against the UP government after the Lakhimpur Kheri incident are indicators of growing dissatisfaction with the BJP government. The Bharatiya Kisan Union headed by Rakesh Tikait has a tainted past in Uttar Pradesh. In 2013 after the death of three Hindu men a pogrom took place after a Mahapanchayat had been organised by BKU together with the BJP. The Tikait brothers have FIRs on them for stoking that communal violence. Naresh Tikait said that they had been duped by the BJP. Will the BKU now abjure their past political allies? The BJP can be expected to try even harder to communally polarise the ground situation, as they did during the Anti NRC/CAA protests.

On the other hand, the Akali Dal has welcomed the decision to repeal. Only time will tell, if it will renew its alliance with the BJP whereas, Ex-Chief Minister Amarinder Singh has already formed a party and expressed his willingness to work with BJP in the forthcoming Punjab elections.

It is the time for Left to introspect as well. While the ML left is correct in criticizing the mainstream left’s abiding preoccupation with elections than prioritising support to movements, it is important to point out that mass work does not mean ignoring electoral politics. We should not forget that it was the elections that brought the Hindu right at the helm and it is election concerns that have forced BJP to repeal these laws. The Indian Left has to provide an alternative strategy of fighting to masses—one that is focussed on patient labour organizing and mass movements with one eye on electoral politics, but that is not subordinated to the logic of parliamentarianism. Corporatization and de-peasantization has been a phenomenon for decades. Working people are struggling to eke out their living with wage work combined with self-employment including farming. The occasional alliance of the Maoists with Sikh fundamentalists in the farmer’s struggle has been a product of their orthodox understanding which portends of dangerous consequences in future. The role of agitations and protests leading up to building a movement is paramount. Socialists have always stressed that patient organizing among workers and peasants outside of the parliament decides the fate of society even as we make tactical use of parliamentary mechanisms as and when possible.

The monster is still alive and breathing on our necks. Pauperization of working people will go on as it was in pre-farm laws times. Small farmers would be pushed to the margins and marginal farmers would be pushed out altogether and Dalit farmers will be tortured. The spectre of NRC/CAA is hovering over the Muslim minority. Left and Muslim activists/Dalit activists/ intellectuals are rotting in the prisons. There is still much to fight for such as removal of the electricity Amendment Bill and, most importantly, a legal guarantee for Minimum Support Price (MSP) for all crops. The emergence of the farmers’ movement has built up our hopes of revival of Left politics, but so far, the left has failed to come out of its obsolete ideological cocoons even as involvement in this struggle has helped it to grow, certainly in Punjab.

It is time for the Left to rethink and rebuild. Radical Socialist joins the great multitude of peasants and concerned citizens in celebrating what has been a clear step back for the authoritarian BJP government. The tragic deaths of more than 700 farmers were not lost in vain. We hope that this victory will be a stepping stone in building an alliance of workers, farmers and oppressed groups which will oppose the labour code reforms, the attacks on civil liberties and lead to needed social transformation.

Hail the Martyrs! No to Corporatisation!

Justice for the Victims of Lakhimpur! Punish the Guilty!

Withdraw all cases against Farmers!