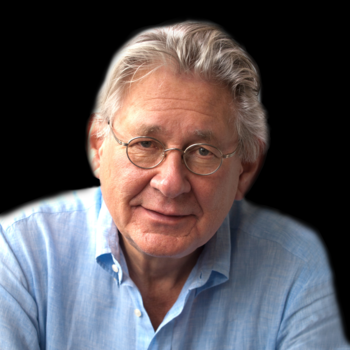 Leo had recently been diagnosed with multiple myeloma—a type of cancer that affects the plasma cells located in the bone marrow. Justifiably optimistic about treatment, he had the misfortune to contract COVID in hospital, which in his weakened state proved fatal.

Since 1985, Leo co-edited the Socialist Register, the annual journal founded by Ralph Miliband and John Saville. The Register has been hugely influential among the English-speaking left throughout the world as an alternative to both centrist social democracy and sectarian radicalism. It has also had a decisive impact on the remarkable maturation process of the young left intellectuals in the US largely in and around Jacobin and DSA, dating from the time of Occupy Wall Street in 2011. There is no doubt that Leo and the Register, both based at York University in Canada, helped make it possible for this emerging left to be both radical and at the same time connected to the mediations of real politics in the US and abroad and to a richer socialist culture. In the process, they learned, for example, from the experience of the left wing of the UK Labour Party, for whom Leo’s work was a key point of reference. Above all, they have moved some distance away from the self-marginalising Puritanism that has been characteristic of so much of the US radical left over the last decades. One cannot help thinking that Leo’s very embrace and enjoyment of life, his warm-hearted ’Menschlichkeit’— to borrow a word from Yiddish, a language he grew up with in the I. L. Peretz Folk School in Winnipeg—may have in some measure exerted a salutary influence in North American radical-left milieus.

Leo’s theoretical work—frequently co-authored with Sam Gindin—focused on state theory, the US empire and the global capitalist system, the dilemmas of parliamentary socialism, the (re)building of the working-class’s sense of its own capacities, and the recovery of a realistic utopian imagination.

He had a great many close friends. So many individuals in the world looked forward to his visits, to going to jazz concerts with him, to exploring cities and cuisines with him….

Leo’s gift for long-lasting friendship, for comradeship, for creating a larger family, means that condolences are due to his extended family: first of all, to his long-standing life partner Melanie, an author and human-rights activist; to his daughter Vida and son Maxim; and also to his childhood friend and frequent co-author Sam Gindin and his comrades at Socialist Register, most notably including co-authors Greg Albo and Colin Leys.