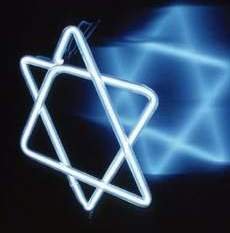 How Israel Has Benefitted From an International Double Standard

Far from singling Israel out for criticism, the international community has repeatedly turned a blind eye to its breaches of international law.

The superficially most compelling case for a lurking new anti-Semitism is the comparative one. It is said that the world is replete with worse cases of oppression and repression; if the international community focuses “obsessively” on Israel, it must be due to an anti-Jewish bias. During the apartheid era, South Africa also alleged that it was being unfairly singled out. The African continent, its defenders parried (with a measure of truth), was dotted with one-party dictatorships, while South African blacks fared better economically than many of their counterparts elsewhere. In significant circles Israel has replaced South Africa as the defining moral issue of our time, and the identical charge of a double standard is now being leveled by it. Indeed, Israel is widely accused of practicing apartheid in the occupied Palestinian territories (and, according to some, in Israel itself), while the popular movement for Boycott, Divestment and Sanctions (BDS) against Israel casts itself as the lineal successor of the anti-apartheid sanctions campaign.

As it happens, the South Africa and Palestine struggles bear much in common. The South African cause was initially spearheaded by the African continent, where apartheid constituted a personal affront to every black person and was perceived as a running sore from the humiliating era of Western colonialism. The Palestine cause was initially spearheaded by the Arab world, where Zionist dispossession of the indigenous population deeply resonated and Israel’s founding was also perceived as a festering wound from the imperialist epoch. Neither the South African nor the Palestinian struggle fell into the generic pattern of decolonization—they weren’t overseas non-self-governing territories seeking independence from a metropolitan state—but both were eventually assimilated to the anticolonial paradigm and came to be championed internationally as exemplary of it.

However, when it adopted these kindred struggles as its own, the international community did not deny that the, as it were, alien interlopers had acquired rights. Far from demanding their extirpation, a right of place was conferred on both the White settlers in South Africa and Jewish settlers in Palestine. In the Palestine context, the right of place validated by the 1947 Partition Resolution (181) was much more generous, in that the Zionists, unlike the Afrikaners, had only just recently impressed their physical presence against the manifest will of the indigenous population, and to boot were allotted more than half of Palestine, even as they constituted just a third of its population. From hereon in, public opinion in all its dimensions evinced not hostility but uncommon leniency, forgivingness, even magnanimity toward Israel. Although it eviscerated the Partition Resolution by forcibly expanding its borders and expelling the indigenous population, Israel was admitted to the UN, which eventually acquiesced, wholly or in part, in these egregious transgressions. Whereas the preambular paragraph of Security Council Resolution 242, passed after the 1967 war, emphasized the legal tenet of the “inadmissibility of the acquisition of territory by war,” it called for Israel’s withdrawal only from those territories “occupied in the recent conflict,” and not also from those territories beyond its UN-designated borders conquered in 1948. Resolution 242 also pointed only to a vague “just settlement of the refugee question,” and not to the Palestinian refugees’ right, stipulated in General Assembly Resolution 194 (1948), “to return to their homes and live at peace with their neighbors.” (General Assembly resolution 273 (1949), which secured Israeli admission to the UN, recalled Israel’s obligations under 194.) These concessions/capitulations to Israeli faits accomplis have now been enshrined in the international consensus for resolving the conflict, as set forth in the annual General Assembly resolution, Peaceful Settlement of the Palestine Question, and in the legal analysis of the advisory opinion rendered by the International Court of Justice in 2004. It calls for two states on the 1967 border, and a “just resolution of the problem of Palestine refugees in conformity with [General Assembly] resolution 194.” (In this resolution’s nuanced crafting, “just resolution…in conformity with” waters down the commitment to ensure “implementation of” 194.) Moreover, the UN did not condemn Israel’s first strike in 1967 as an act of aggression, although Israel had breached the UN Charter,[1] and it did not call for Israel’s unconditional and immediate withdrawal from the territories it occupied. Instead, in a spirit of high-minded statesmanship and banking on Israel’s good faith, it required a reciprocal termination of Arab belligerency as the necessary quid pro quo of an Israeli evacuation.[2]