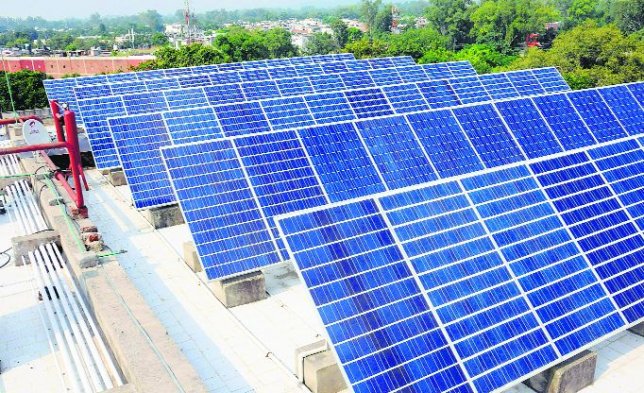 Zeroing in on Responses to Economic Crisis

After the 2008 financial crisis, the burden of adjustment was passed on to the middle classes and the poor. This time, it will unavoidably fall on the rich whose lifestyles of consumption and travel are the prime contributors to the crisis. The New Green Deal suggested by the eco-socialists is the most advanced and historically appropriate path.

The Covid-19 pandemic is the worst human health crisis since the 1918 flu epidemic and the worst economic crisis since the 1929-33 Great Depression. The 1918 calamity had led to at least 50 million deaths worldwide, while the global death toll from Covid-19, an evolving pandemic, is over 2.34 lakh so far.

Unless a vaccine is found to immunise human beings against this virus infection, a temporary slowdown in the death rate is no guarantee against the re-emergence of the infection, causing further havoc. Oxford scientists have made a major breakthrough in human trials of the vaccine they have developed in record time of a few weeks, but they have warned against unrealistic expectations because the results from the trials and the robust process of approval of the vaccine is time-consuming.

The economic crisis caused by Covid-19 is, however, likely to be even more catastrophic than that triggered by the Great Depression because the latter was confined mainly to the advanced capitalist economies while the current crisis is truly global, even if it is uneven in its regional severity.

There have been broadly three kinds of critical responses to the politico-economic crisis generated by Covid-19: Keynesian, socialist and eco-socialist.

The Keynesian response comes in the form of critique of neoliberal austerity policies which many right-wing governments have pursued in the last few decades, but more vigorously after the 2008 global financial crisis. The crux of the pro-austerity argument was that the governments, in responding to the 2008 financial crisis, had incurred huge debts caused by bailouts to the banks to stop the threat of bank failures. These debts, the neo-liberals argued, had created fiscal deficits and thus the necessity of state withdrawal from the economy and the need for dependence on the private sector.

The Keynesians point out that these austerity policies had hollowed out the public health systems, and that the unpreparedness of the weakened public health systems to deal with this novel coronavirus has been the main cause behind the deaths and the suffering of those who have survived. Now that the governments all over the world have been forced to follow the stimulus policies advocated by the Keynesians, it is seen as a vindication of the Keynesian perspective on managing modern capitalist economies. There is certainly some weight behind this Keynesian claim, but what is missing in this perspective is the centrality of the link between Covid-19 and capitalism’s devastation of nature which has been the central cause behind the emergence of Covid-19. This missing link in the Keynesian framework weakens the Keynesians’ suggested path in dealing with the economic slowdown, i.e. greater fiscal intervention by the state accompanied by welfare state policies but without any fundamental restructuring of the capitalist economy, especially relating to the link between economy and nature.

Socialists have responded by going significantly beyond Keynesian interventionism and by pointing out the essentially anarchic nature of the capitalist economy which is prone to periodic crisis, though they do recognise that the economic crisis of capitalism caused by Covid-19 is unprecedented. Their suggested solution in the long run to the current unfolding economic crisis is different from that of the Keynesians by indicating that eventually private profit-oriented capitalist economy has to be replaced by socially-oriented socialist reorganisation of the economy but in the short run, their suggested path out of the economic slowdown is broadly similar to the Keynesians’ and especially Left Keynesians who emphasise more on the welfare aspect than the government interventionist aspect. The economy-nature relationship remains unembedded in the traditional, old-style socialist perspective and that remains the weakness of this old-style socialism.

Eco-socialists extend the socialist response further by bringing ecology central to the understanding of the origin of Covid-19 and to the suggested path for dealing with the grave economic crisis caused by Covid-19. Eco-socialists trace the origin of Covid-19 and other viruses to human encroachment on the habitats of other living species. Although there is still no scientific consensus on the precise origin of this virus, there is a very high degree of agreement that this virus has been caused by transmission from animals and birds to human beings. The eco-socialists contend that this transmission caused by human domination over other living species has been significantly and qualitatively heightened by the logic of capitalist economy. Expanding capitalism is the driving force behind deforestation causing destruction of natural habitats. The profit-driven international meat market encouraging international trade and transportation of live animals leads to an accelerated flow of commodities, people and disease.

The eco-socialists’ suggested path out of the grave economic crisis caused by Covid-19 has both long-run as well as short-run dimensions. In the long run, the eco-socialists argue that there is no escape from replacing capitalism with socialism although this long run is itself very limited due to the looming ecological crisis of global warming that humanity is facing. The crucial point where the eco-socialists differ from the old socialists is that they emphasise the centrality of ecology in that imagined socialist reorganisation. In the short run, the eco-socialists argue for a New Green Deal as a transitional path to their suggested goal of ecological socialism. This New Green Deal involves building new public transport infrastructure based on renewable energy, discouraging car (especially based on petrol use) and air travel, new energy-efficient building projects, reforestation, encouraging local foods and generation of millions of green jobs — green architects, engineers, electricians, plumbers, mechanics etc — needed for a green retrofit of the damaged economies.

There is something that is common to all the three responses which create conditions for a political alliance between all the three perspectives, i.e. the necessity to raise tax on income, property and wealth to deal with the massive debt the states have incurred through their public expenditure interventions.

After the 2008 financial crisis, the burden of adjustment was passed on to the middle classes and the poor. This time, the burden of adjustment will unavoidably fall on the rich whose lifestyles of consumption and travel are the prime contributors to the crisis. The eco-socialists-suggested New Green Deal is the most advanced and historically appropriate path that encompasses the positive aspects of Keynesianism and old-style socialism, and overcomes the limitedness of these two perspectives on the economy-nature relationship.