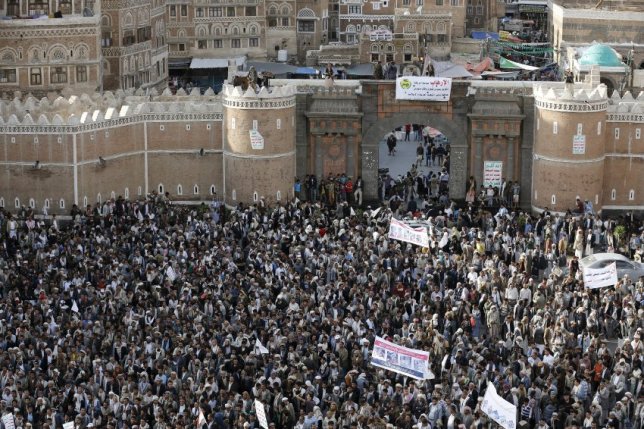 Yemen - a Nation in Resistance Against Wahhabi Imperialism

Yemen was earmarked for a brutal military takeover the minute its people began to assert their sovereign rights against the diktat of Saudi Arabia.

Here we are again discussing the human tragedy that has become Yemen - this bleeding scar of a nation that was unilaterally declared war to by Saudi Arabia back in late March 2015. For two long years, two incredibly trying years Yemen’s sovereignty, Yemen’s right to self-defend its borders and its people, Yemen’s right to religious freedom, and more importantly Yemen’s right to political self-determination have been trampled over by an elite that calls itself democratic while arguing despotism.

Yemen has suffered so many injustices it would be now impossible to list them all, nevermind calling for reparation … There are however crimes so grave and so flamboyantly despicable in their nature that we must speak them - never to waver in our calls for vindication.

Beyond the bloodshed, the inhumane humanitarian blockade and the disappearing of a people‘s cultural heritage lies a betrayal far more biting and vile … Yemen you see was denied the truth of its Resistance Movement so that it could be reduced to an illegitimate rebellion against the so-called legitimacy of the former presidency.

Western capitals, those wannabe beacons of democracy and human rights, have systematically defiled, vilified and otherwise criminalized Yemen’s Resistance Movement so that the world would not wake up to the reality of its main regional partner: Saudi Arabia.

A violent theocracy raised on the ideology of Takfir, the Kingdom of Saudi Arabia has been instrumental over the past decade in the spread of radicalism - as expressed by groups such as al-Qaida, the Taliban, Boko Haram and of course Daesh (aka ISIS). A profoundly reactionary regime that rejects the notion of religious freedom, al-Saud’s monarchy has nevertheless been hailed a model of stability and steadfastness against Terror by western powers.

Takfiri is frequently used in reference to Daesh (also known as ISIL or ISIS) but the term has a hidden universal applicability that surpasses our era while exposing the dark ideology languishing in the core of the phenomenon.

Since they started calling themselves the Islamic State of Iraq and the Levant in June 2014, the gun-wielding occupiers of Iraq and Syria have been referred to as Takfiris by many Islamic scholars.

Derived from the word kafir, meaning infidel, the Arabic word could refer to any ideology that is based on declaring the dissent apostate, and therefore eligible to be killed by the members of the group. Takfirism is mostly rooted in Wahhabism, the official religion of the absolute autocratic regime of Saudi Arabia.

How could any democracy worth the ink on its constitution ever align itself with the kingdom you ask? The answer I’m afraid is only too predictable: money. Actually, it is more complicated than just money … capitalism rather lies at the heart of this crass alliance in between Wahhabist Saudi Arabia and western capitals.

Defined by Lenin at the turn of the 20th century as the most perverted expression of capitalism, imperialism has been the agenda behind most fought wars since World War II. The force behind nations’ implacable will to enslave others to their will, unfettered capitalism or globalist corporatism has hidden behind many faces to justify its ambitions. Might it be under the flag of counter-terrorism, national security or even democracy-building, how many sovereign nations over the decades have fallen prey to western interventionism or that of its allies?

Too many would the beginning of an answer …

Yemen I would personally argue - and argued I have indeed, is THE cautionary tale par excellence, the one catastrophe we cannot possibly turn away from without risking to condemn the entire region to the folly of Wahhabism.

Yemen was earmarked for a brutal military takeover the minute its people began to assert their sovereign rights against the diktat of Saudi Arabia - that tyrant who since the 18th century has sat in ownership of the Hijaz through bloodshed and oppression.

But Yemen was never meant to resist as it did … Little could the western world expect that impoverished Yemen to rise such a tide against the House of Saud when capitulation would have been easier.

Yemenis do not look kindly on foreign invaders. The kingdom there might have done better should its officials had bothered reading up on their neighbors’ history since never once was the Yemeni nation tamed.

Two years into this genocidal war Yemen has already taught the world a lesson in resistance and bravery, History will unlikely forget. For all the many dances Riyadh will hold to entertain its foreign host as to boast of its foreign friendships, Yemen will need only the arms of its sons and daughters to cry its freedom alive.

Maybe now western media could learn to speak Yemen’s Resistance as it is, and not as it would like the public to perceive it.

Too many times have I read Reuters, AP, AFP and others sell Yemen down the proverbial river by labeling its freedom fighters under a great many misapprehensions: Iran-backed Shiite rebels they all have written ad nauseam so that Resistance could be tainted both by sectarianism and ethnopolitical-centrism.

Yemen’s Resistance is no one’s movement but its own. Yemen’s Resistance is as pluralist and multicolored as the people that move it … Yemen is many schools of thoughts and traditions. Yemen is more than a sectarian punchline … if only you could climb down from your high horse and recognize a people in the throes of a brutal war, maybe you would see the dignity of a people in righteous resistance.

It requires more than just courage to stand alone before a system that sole purpose is to disappear life.

It takes faith and the depth of a tradition born in allegiance to stand firm on its truth before the fury of many world nations.