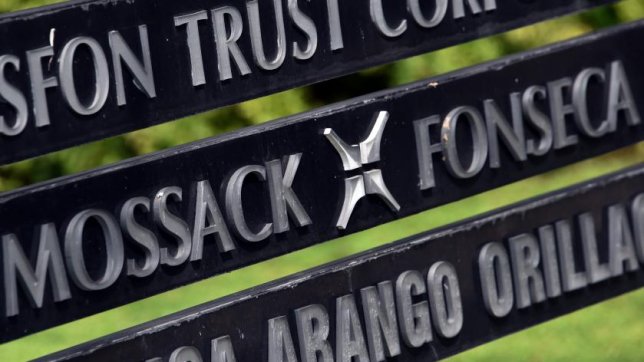 Who Drives the Story: The Panama Papers and Narrative Control

The Panama Papers may prove to be the single most important leak in a new era of data-driven activism. Delivered by an unnamed source to German newspaper Süddeutsche Zeitung, and investigated with the International Consortium of Investigative Journalists (ICIJ), nearly 2.6 terabytes of data detailing the shadiest aspects of international and corporate finance fell into the public eye from the Panamanian law firm Mossack Fonseca.

How the information was delivered to the people, however, belied a certain essential question in an unfolding era of journalistic activism. Who chose the stories the public would consume, with such a wealth of narratives and accusation to examine and unfurl? Who was driving the investigation?

Firm co-founder Ramon Fonseca, in a Panamanian news story, compared his business to a “car factory” where one could hardly blame the manufacturer “if the car was used in a robbery.” Such a massive data dump quickly forms into a story of negligent, willful or not, institutional power.

Investigations into the financial misdeeds detailed in the data have already claimed some important casualties, detailed Tess Owens of Vice News. The Icelandic Prime Sigmundur Davíð Gunnlaugsson resigned following national media coverage regarding his actions to shelter personal wealth off-shore during Iceland’s financial collapse. José Manuel Soria, Spain’s minister of industry, energy, and tourism, lost his position over his vast and secret personal wealth. Even Britain’s David Cameron was unable to avoid scrutiny, for money he made of his father’s sheltered investments and cash holdings.

What isn’t immediately measurable, in terms of public outcry or lost political positions, is the endemic corruption of democratic and corporate society. As Owens details, certain startling patterns emerge from the Panama Papers. New Zealand, with its strict privacy laws in the face of anything but egregious crimes, was and is a favorite destination for the wealthy of Latin American nations to squirrel away ill-gotten funds and avoid full taxation. Corroborating an Oxfam Report titled “Broken at the Top,” documents within the Panama Papers confirm that the top 50 American corporations roughly 1.4 trillion dollars in hidden assets. With such obvious structural problems, one had to wonder about the absence of hierarchical critiques of the institutions of taxation. Who exactly was driving the investigation?

The initial targets of ICIJ articles and mainstream press during the initial release of the Panama Papers offer some clues. Through an Al-Jazeera Listening Post, the detailed targets of immediate coverage (namely politicians and not institutions) make sense from a practical storytelling perspective. Known entities like national leaders will obviously drum up the most public interest. The question still requires answering, especially in the wake of certain ‘interesting’ choices of domestic coverage.

The Al-Jazeera piece rightly singles out The Guardian’s coverage of the Kremlin and Putin’s purported offshore holdings, when information regarding David Cameron was also so readily available. Decisions that avoid more widespread criticism of social systems for the easy pickings of specific political missives send a message operating on two distinct wavelengths. There are individuals deserving of punishment and reprimand, but they have to be the right individuals in the right types of political and national stratospheres.

Both the ICIJ and Süddeutsche Zeitung offer rationales for the stories told, or the limitations to certain narratives, but the underlying problem remains. Wolfgang Krach, Süddeutsche Zeitung editor, claims – again in the Al-Jazeera piece – the twofold restriction of shrinking newsrooms and German privacy laws prevent any further investigation into the democratic largesse behind such lax tax laws or the revealing of certain corporate perpetrators.

Gerard Ryle, head of the ICIJ, deflects using a different tact, claiming, “we [the ICIJ] are not Wikileaks” in the hopes of “reclaiming journalism.” Ryle’s comments are reminiscent of a strange elitism where the objective of journalism becomes muddied. The people deserve knowledge, and the source — however disconcerting to a particular moral or journalistic code — should not receive undue derision. Information should drive the conversation, yet with Ryle and Krach’s reasoning, and the lack of corporate coverage, the public is left with a rather large missing piece of the Panama puzzle.

The entirety of the documents released to the ICIJ is now available to the public. While initially criticized for withholding the information, a true public inquiry can now be conducted with both journalist and online activist alike taking up investigations into projects outside the normative purview of the media.

The move away from a corporatized approach will probably shed new (and possibly appalling) light on the sordid practice of legalized money laundering, but the question of making a difference remains hazy.

A Vice article from December, 2014 had already detailed the shady quality of Mossack-Fonseca, with little blowback in the mainstream press. What can a few more rabble-rousers do? The drive, apparently, is a ride – operated by corporate interests controlling the duration of our media-driven timeline. The accompanying nausea at nothing changing, unfortunately, has a little staying power.