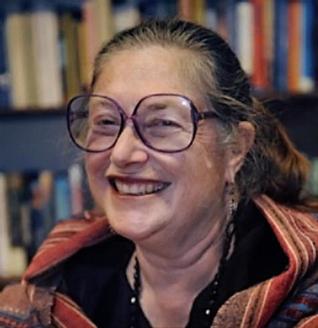 The agreement by Penguin Books India, a unit of Penguin Random House, to withdraw as well as destroy all existing copies of its 2009 book titledThe Hindus: An Alternative History by Wendy Doniger, a professor of religion at the University of Chicago, within six months, is both disturbing as well as foreboding. The lawsuit filed against Penguin India by Dina Nath Batra, the head of Shiksha Bacho Andolan, a fringe Hindu right-wing group dealing with education and text books, objected to the pluralistic representation of Hinduism and its references to the esoteric and heterodox practices that constitute the tradition.

In the lawsuit filed in 2011 under Section 295A of the Indian Penal Code, which punishes deliberate and malicious acts intended to outrage the feelings of a religious community, the group claimed that the book insulted millions of Indians, in particular, Hindus. The group also argued that the book was inaccurate, presenting a “shallow, distorted, non-serious presentation of Hinduism filled with heresies” and that it reduced Hinduism to a narrative of “a woman hungry for sex” or what one reviewer described as an “overeroticized” account of the religion.

While Wendy Doniger has responded to the court settlement as sounding the alarm bells for the survival of free speech in an ever-worsening political climate in India, she also remarked that not being either a Hindu or a male placed her in a doubly disadvantaged situation with the Hindutva forces.

Dr. Doniger has established herself as a provocative scholar through the use of psychoanalytic theory to approach issues of gender, sexuality and religion and her work has been a lightning rod for Hindu nationalists and fanatics alike. She has written a plethora of texts that subvert the projection of Hinduism as a homogenous, unified and cohesive tradition. In one of her earliest books Women, Androgynes and Other Mythical Beasts (1980), Dr. Doniger established her credentials as a Sanskrit scholar and used her in-depth knowledge of Sanskrit texts to speculate on their significance in challenging and creative ways. She defends the eclecticism that she deploys in her analysis — as opening up culture — as something that is dynamic, shape-shifting and always tentative.

Dr. Doniger’s work is reminiscent of the extraordinary and influential scholarship of the black British scholar Stuart Hall, an intellectual Titan in cultural studies, who recently died, and his approach to culture as hybrid.

According to Dr. Hall, one position on cultural identity is that it consists of “one shared culture, a sort of collective ‘one true self,’ hiding inside the many other, more superficial and artificially imposed ‘selves’, which people with a shared history and ancestry hold in common.” It is a position which assumes that cultural identity is stable and unchanging. Cultural identity consists of an essence that needs to be excavated and brought to light.

The second view of cultural identity is based on the recognition that there are points of similarity within the context of a culture, but there are also points of difference, of discontinuity and dispersal. It does not entail an archaeological search, but a re-telling of the past. Dr. Hall pointed out that it was not possible to “speak about one identity, one story, without acknowledging the ruptures and discontinuities of the story we tell or re-tell. We cannot speak for very long, with any exactness, about ‘one experience, one identity,’ without acknowledging its other side — differences and discontinuities.”

The effort by the conservative and right movements to cabin and contain this fluidity and hybridity is reminiscent of colonial as well as fascist forces that have sought to ensure that their versions of the “truth” prevailed. And this effort was pursued not only through physical annihilation, but also through erasures of history and the silencing of dissenting voices.

The settlement is not only a story about free speech in a democracy; it is reminiscent of the darkest aspects of the 2002 Gujarat riots. The extreme violence inflicted on the Muslim community, women in particular, was not just about the objectification and victimisation of women or the community – about injuries that could be healed through reparations. The violence was embedded in the broader ideological agenda and discursive aspects of the Hindu right’s strategy that have constituted the subjectivities of both the majority and minority communities. The complete erasures of Muslim bodies, houses, shrines, and mosques almost overnight, and their replacement with roads and Hindu temples was nothing short of an effort to expunge the Muslim from the very body politic and structure of Indian (read Hindu) society.

The settlement needs to be read within this broader discursive and material reality, where the establishment of the Hindu nationalist project that seeks to project the Muslim as a foreigner and alien and hence a threat requires to be completed. Education, cultural representation, and the media are all tools deployed in the zealous and undeterred march of the steely-eyed and determined Narendra Modi and the Hindu right in this direction. The loss of The Hindus: An Alternative History represents not only a defeat for the publishing world; it represents the destruction of the very fabric of Indian culture as chaotic, diverse, subversive, and provocative. It is an injury inflicted on more than just the work of one author – it is an injury inflicted on critique and dissent, and points to the precariousness of lives and histories that do not conform to the totalising agenda of the Hindu right.