Home > English > NEWS AND ANALYSIS > “This is Campaign of Collective Punishment” 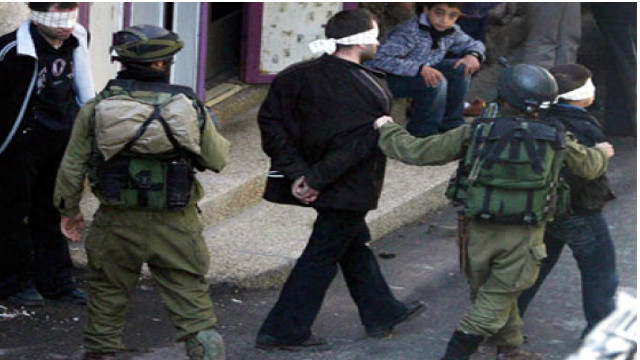 “This is Campaign of Collective Punishment”

The past 24 hours have brought about an unprecedented explosion of settler aggression against Palestinians throughout the West Bank and Jerusalem, says Dr. Mustafa Barghouti of the Palestinian National Initiative Party (Mubadara). He adds, “we are currently witnessing a very serious qualitative change in the situation”.

“This is collective punishment. These are acts of revenge. The Israeli military is behaving like a gang, and it is allowing illegal settlers to conduct a war of terror against Palestinians,” say Barghouti.

After the killing of three Israeli teens in the West Bank, Israel began conducting a massive campaign of collective punishment across the occupied Palestinian territory, Barghouti said. This campaign includes the spreading and tightening of Israel’s system of checkpoints throughout the territories, preventing Palestinians from the West Bank from entering Jerusalem (and canceling all permits to do so), and preventing medical personnel from reaching their work in Jerusalem hospitals.

Additionally, according to Barghouti, permits for prayer have been canceled and UNRWA workers from the West Bank have been barred from reaching their headquarters in the Sheikh Jarrah neighborhood of Jerusalem.

Secondly, Israeli forces have begun to demolish the homes of people they have labeled guilty, despite the fact that they have not demonstrated any physical proof of their guilt or allowed them any judicial process, argued Barghouti. The Israeli army has, thus far, destroyed three Palestinian homes in the last two days. All three are in the Hebron area.

The Shin Bet, Israel’s security service, has named Marwan Qawasmeh and Amer Abu Aisha, both residents of Hebron, as the primary suspects in the abduction and killing of the teens. Both men have spent time in Israeli prisons and have reportedly disappeared since the night the teens went missing. Israeli forces detonated explosive charges in both of their homes shortly after the teens’ bodies were found Monday evening.

Overnight on Tuesday, Israeli forced destroyed the home of Ziad Awad, one of two Palestinians charged with the murder of off-duty Israeli police officer Baruch Mizrahi in April of this year. Awad had recently been released as part of the Israel-Hamas prisoner swap in 2011.

“Israel, who claims itself as a democratic country that respects the rule of law, is violating every principle of the rule of law by demolishing the houses of people without any single proof that they are responsible for this incident,” said Barghouti.

The Israeli army shot and killed a 16-year-old boy during clashes in the Jenin refugee camp early Tuesday morning. “Yousef Abu Zagha was killed for no reason – in cold blood,” Barghouti said. “We have confirmed this. It is absolutely not true that he tried to attack the army. He presented no threat whatsoever.”

The most important issue that has arisen since the bodies of the three Israeli teens were found two days ago is the overwhelming rise in extremist settler attacks against Palestinians, according to Barghouti. “We have had reports over the last 24 hours of Israeli settlers attacking Palestinian citizens all over the West Bank and Jerusalem, particularly in the Jerusalem, Nablus and Hebron areas,” said Barghouti.

Over the last 12 hours, there have been two instances of kidnapping carried out by Israelis against Palestinians in Jerusalem.

Two Israeli settlers reportedly attempted to force Mousa Rami Zalloum, 10, into a car in the Beit Hanina neighborhood of Jerusalem Tuesday morning. The boy was prevented from being pulled into the car after his mother and local residents grabbed him from the two assailants.

Overnight on Tuesday, however, reports rolled in that a Palestinian teen had been forced into a car by Israelis in the Shu’fat area of East Jerusalem. Residents said that cameras in the area confirm that three Israeli men forced Mohammad Hussein Abu Khdeir, 16, into a Hyundai in front of the boy’s home before speeding off. His burnt body was found by Israeli police in West Jerusalem early Tuesday morning.

The boy’s murder sparked clashes between Palestinian residents and Israeli security forces throughout the eastern half of the city. Police responded with rubber-coated steel bullets and stun grenades.

Tensions have peaked in Jerusalem since the three Israeli teens were buried Tuesday evening. Shortly after the funeral, hundreds of right-wing Israelis poured through the streets, chanting “death to Arabs.”

The Hebron Defense Committee has also issued an urgent appeal to the international community.