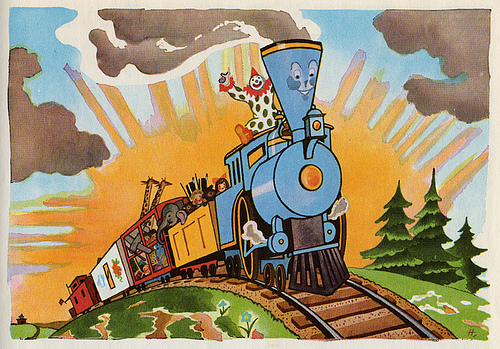 The Little Engine That Couldn’t

Railway Privatization in Senegal and Mali

More than five years after the management of the railway connecting Dakar, the capital of Senegal, to Bamako, the capital of Mali, was yielded to the Transrail consortium, the network lies in ruins. And it is the population that is paying the price for a privatization that went off the rails.

The infrastructure of the Dakar-Bamako railway is dilapidated, the accidents frequent. No investment plan has been implemented despite the promises, since 2003, of the shareholders who have ascended to the leadership of Transrail.

But the worst is perhaps still to come. Verging on bankruptcy, Transrail wants to reduce spending by laying- off 376 of its 1,468 employees. This cost rationalization, announced by the Board of Directors in March, provoked the ire of the Senegalese and Malian rail workers. Their unions decided to sever all ties with management.

In Senegal, the tone has hardened drastically: at the beginning of April, the three railway workers’ unions organized a march and brought trains to a standstill between Thiès (Senegal’s Third City) and Dakar over the course of twenty-four hours. Recourse to an indefinite general strike is also in the offing. On the Malian side, the the Minister of Transport has made it known that he opposes the layoffs.

Transrail has a history of adopting an anti-union stance. Since 2003 hundreds of employees have been laid off. Moreover, workers have experienced wage reductions and the elimination of certain social benefits. In June and July of 2006, the unions triggered a series of— ultimately unsuccessful— strikes that paralyzed rail traffic for several days.

“For the workers, it’s miserable. For the population and the national economy, it’s a disaster. I do not understand how the public authorities or the president can continue to defend privatization,” explained the Director of the Citizens’ Collective for the Restitution and the Integrated Development of Malian Railways (Cocidirail), Thiécoura Traoré. A former Transrail employee and former leader of the Rail Workers’ Union (Sytrail) in Mali, he himself was laid off in 2004 without compensation. The reason offered up by Transrail: disloyalty, due to the views he expressed via Cocidirail.

The privatization of the railway has not only worsened the working conditions of the union members, it has also affected the mobility of the population as well as the local economy. Indeed, passenger transportation on the Malian rail network is in a state of near-abandonment because private operators predominantly manage the international transit of goods in order to reap short-term profits— all at the expense of service to users.

Furthermore, the closure of twenty- six stops and stations in Mali ensured that many villages are now isolated and Railways in Senegal and Mali that there are, in the absence of travelers and merchants, no more opportunities for inhabitants along the railway line to exchange food products.

In 2003, Mali and Senegal privatized international traffic on the Dakar-Bamako railway, which was previously the domain of Malian Railways (RCFM) and the National Railway Society of Senegal (SNCS). The management of operations was then entrusted to Canac (a company of consultants and a train operator with corporate headquarters in Montreal) and Getma (France) who together acquired 51% of the shares of a consortium that has taken the name Transrail SA.

If the SNCS has kept up passenger transport for Dakar and its surroundings out to Thiès, it is Mali that drew the shortest straw in this affair: the RCFM was dissolved, its employees lost their positions, and passenger service (the Kayes-Bamako-Koulikoro route) was abandoned by Transrail.

RCFM, valued at CDN$275 million, was let go for CDN$18 million, a sum payable in seven years on the back of the rail line, with a renewable concession for a period of 25 years.

With dissatisfaction in full swing, the Canadians at the heart of the railway privatization chaos withdrew in 2007. Canac was bought by the American company Savage, which then sold its stake in Transrail to the Belgian company Vecturis, who is the new operator. Also in 2007, the Paris- based Advens Group, directed by Abbas Jaber, a close friend of Karim Wade—the son of Senegal’s President—became the majority shareholder of Transrail, in addition to having gotten his hands on the country’s strategic peanut and cotton sectors.

End Of the Line

An audit conducted in Paris, in December 2007 in collaboration with the World Bank, Senegal, and Mali, estimated Canac-Getma’s deficit for the period between 2003 and 2006 to be $20 million. With Vecturis at the helm of Transrail, the deficit rose by $6.4 million in the last months of 2007 alone. The audit suggested that the states should reinvest, but neither Senegal nor Mali is ready to do so as they are already heavily indebted.

In June 2008, the Ministries of Transport of Senegal and Mali spoke out officially on the state of the railway for the first time. In a joint declaration, they conceded that privatization had failed and spoke of the “death of the railway business.” These two states elaborated that, in five years, Transrail had not succeeded in managing the routes more efficiently than the former national companies.

Transrail has never complied with the conditions of its operating contract, which was contingent upon an investment plan for the maintenance and repair works on the Dakar-Bamako line. To this day, such a plan does not exist.

Now, Transrail is imposing a “rescue plan,” which not only consists of massive lay-offs, but insists that the states of Senegal and Mali pay $22 million. With this money, Transrail claims it will be able to make an emergency investment and begin the process of recapitalization.

Meanwhile, for Malian users, things continue to deteriorate. Mohamed Tabouré an activist with Cocidirail, laments, “Our political leaders are hand in glove with the multinational companies and this is why they comply with their demands and are careful not to take action.” Cocidirail advocates “integrated development” whereby Mali and Senegal reappropriate the railway and make it an instrument for community development. For this to occur, a total takeover of the transport of passengers and goods by the state would be necessary.

However, such a renationalization is unlikely to take place. The privatization of the National Telecommunications Company of Mali (SOTELMA) is underway, and a law passed in August by their Parliament, under pressure from the World Bank, authorizes the privatization of the Malian Textile Development Company, which manages the nation’s cotton spinnerets. Yet this industry ranks first in exportable goods and is profitable for the state.

Have they missed the moral of the story?

Myriam Cloutier is a contributor to Alternatives’ French-language edition.