Home > English > NEWS AND ANALYSIS > The Lady Has Turned 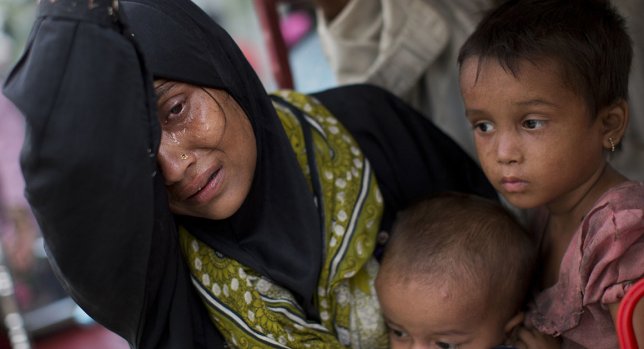 The Lady Has Turned

Aung San Suu Kyi should lose her Nobel Prize, as a result of her disgraceful complicity in genocide

Those of us who have spent our adulthood demanding higher standards in government are used to disappointment. We no longer expect much from political leaders: to do otherwise is to invite despair. But in Aung San Suu Kyi we entrusted our hopes. To mention her name was to invoke patience and resilience in the face of suffering, courage and determination in the unyielding struggle for freedom. She was an inspiration to us all.

Friends of mine devoted their working lives to the campaign for her release from the many years of detention imposed by the military dictatorship of Myanmar, and for the restoration of democracy. We celebrated when she was awarded the Nobel Peace Prize in 1991, when she was finally released from house arrest in 2010 and when she won the general election in 2015.

None of this is forgotten. Nor are the many cruelties she suffered, including isolation, physical attacks and the junta’s curtailment of her family life. But it is hard to think of any recent political leader by whom such high hopes have been so cruelly betrayed.

By any standards, the treatment of the Rohingya people, a Muslim minority in Myanmar, is repugnant. By the standards Aung San came to symbolise, it is grotesque. They have been described by the United Nations as “the world’s most persecuted minority”, and this status has not changed since she took office. The Convention on the Prevention and Punishment of Genocide describes five acts, any one of which, when “committed with intent to destroy, in whole or in part, a national, ethnical, racial or religious group”, amount to genocide. Four of them have been practised more or less continuously by Myanmar’s armed forces since Aung San Suu Kyi became de facto political leader, with the obvious and often explicit purpose of destroying this group.

I recognise that the armed forces retain great power in Myanmar and that Aung San does not exercise effective control over them. I recognise that the scope of her actions is limited. But, as well as a number of practical and legal measures that she could use directly to restrain these atrocities, she possesses one power in abundance: the power to speak out. Rather than deploying it, her response amounts to a mixture of silence, the denial of well-documented evidence and the obstruction of humanitarian aid.

To judge by her public statements, I doubt she has read the United Nations human rights reporton the treatment of the Rohingyas, released in February. It took me a long time to get through it, so horrific were the crimes it revealed. It documents the mass rape of women and girls, some of whom died as a result of the sexual injuries they suffered. It shows how children and adults had their throats slit in front of their families. It reports the summary executions of teachers, elders and community leaders; helicopter gunships randomly spraying villages with gunfire; people shut in their homes and burnt alive; a woman in labour who was beaten by soldiers, and whose baby was stamped to death as it was born.

It details the deliberate destruction of crops and the burning of villages to drive entire populations out of their homes. People trying to flee are gunned down in their boats. And this is just one report. Amnesty International published a similar dossier last year. There is a mountain of evidence suggesting that these actions are an attempt to eliminate this ethnic group from Myanmar.

Now, hard as it is to imagine, this campaign of terror has escalated in recent days. Refugees arriving in Bangladesh report widespread massacres. Malnutrition ravages the Rohingya, afflicting 80,000 children.

In response to complaints about these atrocities, Aung San Suu Kyi has blamed them, in a chillingly remote interview, on insurgents, and expressed astonishment that anyone would wish to fight the army when the government has done so much for them. Perhaps this astonishment comes easily to someone who has never visited the area (northern Rakhine state) where most of this is happening.

It is true that some Rohingya people have taken up arms, and that the latest massacres were triggered by the killing of 12 members of the security forces last month, attributed to a group that calls itself the Arakan Rohingya Salvation Army. But the military response has been to attack entire populations, regardless of any possible involvement in the insurgency, and to spread such terror that 120,000 people have been forced to flee in the past fortnight.

As Aung San remarked in her Nobel lecture, “Wherever suffering is ignored, there will be the seeds of conflict, for suffering degrades and embitters and enrages”. The rage of those Rohingya people who have taken up arms has been used as an excuse to accelerate an existing programme of ethnic cleansing.

She has not only denied the atrocities, attempting to shield the armed forces from criticism; she has also denied the very identity of the people being attacked, asking the US ambassador not to use the term Rohingya. This is in line with the government’s policy of disavowing their existence as an ethnic group, and classifying them, though they have lived in Myanmar for centuries, as interlopers. She has upheld the 1982 Citizenship Law, that denies these people their rights.

When a Rohingya woman provided detailed allegations about her gang rape and associated injuries by Myanmar soldiers, Aung San’s office posted a banner on its Facebook page reading “Fake Rape”. Given her reputation for micromanagement, it seems unlikely that it would have taken such action without her approval.

Not only has she snubbed and obstructed officials from the United Nations who have sought to investigate the treatment of the Rohingya, but her government has prevented aid agencies from distributing food, water and medicines to people displaced or isolated by the violence. Without substantive evidence, her office has accused aid workers of helping “terrorists”, putting them at risk of attack, further impeding their attempts to help people who face starvation.

So far, Aung San has been insulated by the apologetics of those who refuse to believe that she could so radically abandon the principles to which she once appealed. A list of excuses is proffered: that she didn’t want to jeopardise her prospects of election; that she doesn’t want to offer the armed forces a pretext to tighten their grip on power; that she has to keep China happy.

None of them stand up. As a great democracy campaigner once remarked, “It is not power that corrupts, but fear. Fear of losing power corrupts those who wield it.” Who was this person? Aung San Suu Kyi. But now, whether out of prejudice or fear, she denies to others the freedoms she rightly claimed for herself. She excludes – and in some cases seeks to silence – the very activists who helped to ensure her own rights were recognised.

This week, to my own astonishment, I found myself signing a petition for the revocation of her Nobel Peace Prize. I believe the Nobel committee should retain responsibility for the prizes it awards, and withdraw them if its laureates later violate the principles for which they were recognised. There are two cases in which this appears to be appropriate. One is Barack Obama, who, bafflingly, was given the prize before he was tested in office. His programme of drone strikes, that slaughtered large numbers of civilians, should disqualify him from this honour. The other is Aung San.

Please sign this petition. Why? Because we now contemplate an extraordinary situation. A Nobel Peace laureate is complicit in crimes against humanity.