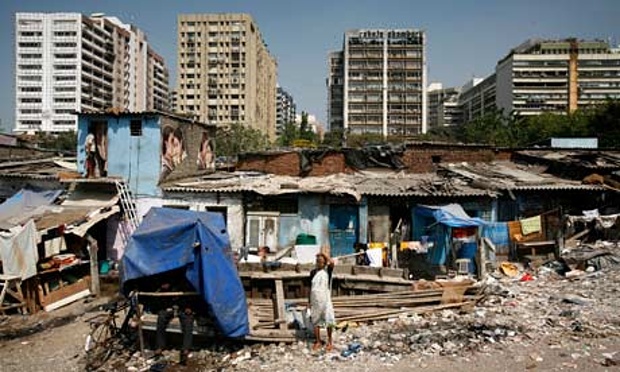 The Indian Enigma: Can Growth and Development Co-exist?

The so-called ‘South Asian Enigma’ points to a puzzling question: why has rapid economic growth failed to reduce hunger, malnutrition, child health, and other social indicators? The ‘Indian Enigma’ raises the same question, in relation to the India’s experience in recent decades. India has experienced one of the fastest economic growth rates in the world. Simultaneously, it has fallen behind much poorer South Asian countries—namely Nepal and Bangladesh—in terms of social indicators including life expectancy, child survival, and immunization rates.

As Jean Drèze argues in his lecture “Hunger and the Indian Enigma”, hunger is not an empty stomach but a complex problem of interrelated deprivations. In an increasingly prosperous economy with excess grain stocks, hunger becomes political.

India has the highest proportion of underweight children in the world. Furthermore, only five countries outside of Africa are ranked lower than India in terms of child mortality rates: Afghanistan, Cambodia, Haiti, Myanmar, and Pakistan. All composite social indices relating to health, education, and nutrition rank India near the bottom.

However, among the nation’s better-off, a minority of the population, the familiar rhetoric is that India is an emerging superpower, experiencing an impressive market takeoff and unprecedented improvements in income per capita. These conflicting, polarizing narratives represent a simplification and conflation of growth and development.

As stressed by Amartya Sen, economic growth must be used as a means to catalyze development; it cannot be an end in itself. Economic growth, coupled with meaningful implementation of social programs can be a powerful force in enhancing living standards. However, greater attention must be paid to the consequences of economic growth, which disproportionately affect the marginalized. This begs Sen’s question: “is India doing marvelously well, or is it failing terribly?”

Underlying the paradox are pervasive and deeply entrenched inequalities. Jean Drèze states that we must recognize the ways in which alleviating hunger is deeply linked to fighting for social justice; hunger is a gross injustice with no place in modern society. The paradox involves complex web of social inequalities that work to fortify one another.

As noted by Sen and Drèze in their article “Putting Growth In Its Place,” the “neglect of elementary education, healthcare, social security and related matters in Indian planning fits into a general pattern of pervasive imbalance of political and economic power that leads to a massive neglect of the interests of the unprivileged.” With millions living in such conditions of destitution, I urge apprehension in stating that India is doing “marvelously well”.

Farmer suicides and disregard for agriculture, rural development, and rural communities represent an egregious manifestation of India’s failure to achieve inclusive growth and development. In his article “Maharashtra Crosses 60,000 Farm Suicides,” Palagummi Sainath states that in the rich state of Maharashtra, on average ten farmers have killed themselves everyday for ten years straight. The reason for such high suicide rates can be largely attributed to debt, hyper-commercialization, exploding input costs, water-use patterns, price shocks and volatility, and other issues all driven by state policies. The suicides are inherently political, and preventable. Little to no mention of this atrocity in the media suggests that human rights violations are often overlooked when they affect those most marginalized in society.

India requires social reform such that economic growth and broad-based development can co-exist. Typically, India’s political and administrative responses have been short-term, ad hoc, and populist. Additionally, there is an increasing incidence of quick fixes including conditional cash transfers. These solutions fail to address the systemic inequalities that underlie susceptibility to hunger.

As such, growth must act to accompany, not substitute the public provision of health, education, and other social services. India’s failure to translate rapid economic growth into reduced hunger is a failure tackle the country’s inequality and use growth to catalyze social progress.