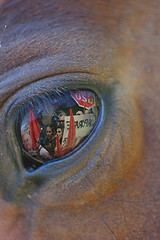 The G20 faces a crisis with no end in sight

The previous meeting of the G20, last fall in Pittsburgh, ended on a positive note. The closing statement affirmed that G20 countries had done “everything necessary to ensure recovery” and that it “had worked”. Since then, growth has been so weak that it cannot even confront the issue of unemployment.

From that time on, governments have been so laden with debt that merely responding to citizens’ demands has been a challenge.

In that sense, the difficulties that Greece is currently facing seem more and more like an exacerbation of a problem faced by various other countries than an exceptional case. The dangerous circumstances that lead this small country to undergo a terrible crisis— problems linked to tax evasion, corruption, banking sector manipulation of numbers and speculation— risk being reapplied at different levels in other countries such as Spain, Italy, Portugal and Ireland. And with the fall of the Euro and the lagging world economy—being that they are are all connected— Greece is bringing the entire European Union down with it in a domino effect.

The effects suffered from the major economic and financial crisis of 2007-08 have not yet even begun to subside, and now we are being forced to undergo continuous bail-outs of large banks and the consequences of massive debt being used as a pretext to slash public services and social programs. Once again, the G20 has a particularly large task ahead.

The G20 was established on a principle of legitimacy that was supposed to make up for the shortcomings of the G8. In other words, rather than just being a meeting of so-called “industrialized” western economic powerhouses, the G20 also brings together emerging nations that have booming economies, such as China, India and Brazil.

However, this new global board of directors, representing three quarters of the world’s population, is lacking the majority of the poorest countries, which will lack a voice in the affairs that directly affect them. The G20 has not always been able to credibly establish its legitimacy and, what it more, the politicians it has called upon to solve this financial crisis have turned out to be major disappointments.

The main issue at play during the G20 summit, which has been talked about for some time, is the need for action to be taken against the large banks, which were mainly responsible for the crisis but have come out from the devastation they caused much stronger. There is currently no agreement on what steps to take. The international Monetary Fund (IMF), backed by Europe, is proposing a tax on banks which would put aside funds that would be issued as insurance for the next crisis, largely considered to be inevitable.

Canada has already made public its fierce opposition to this measure. Stephen Harper pretends that our banks behaved well during the crisis and questions penalizing them with a tax. This position is distressing for two reasons. First of all, it is because Canadian banks have not come out of this crisis spotless, as they were also affected by toxic assets they had purchased.

But is it also because the Harper government, a major proponent of deregulation, essentially gained political capital on the back of a heavily regulated sector. In other words, Stephen Harper is hypocritically taking advantage of a policy which he has always opposed.

Various civil society organizations are proposing a tax on financial transactions, also known as the Robin Hood Tax, which would be a lot more beneficial to society as a whole. It entails a small tax levy (from 0.05% to 0.1%) on all financial transactions (stocks, bonds, derivatives and monetary exchanges) which could in turn bring in between $300 - 1000 million of revenue each year. This tax could also slow down speculation.

The Robin Hood Tax has a number of advantages. The considerable amount of the funds it would bring in would not end up in bankers’ already fat pockets. It would also serve to insure all basic services, fight against climate change and resolve countries’ debt. This measure is therefore much more useful than a tax on banks, which could have the perverse effect of encouraging speculation even more, by it being seen as a contribution to an insurance policy against financial crises.

It will undoubtedly be a long road before a tax is placed on financial transactions. We should not put too much stock in the forces of apathy, which we witnessed during the Copenhagen summit on climate change, that work to sideline our best ideas. However, we should be weary of the Harper government’s nuisance capability which is actively campaigning against all forms of taxation and wants to take advantage of the position as G20 host to block any progress.

Nevertheless, the Robin Hood Tax has more support than ever. Hence, the G20 will be demonstrating its ineffectiveness and contempt of public interest if it flatly rejects such an idea.

Claude Vaillancourt is the co-president of ATTAC-Quebec. ATTAC is the Association for the Taxation of Financial Transactions for the Aid of Citizens.