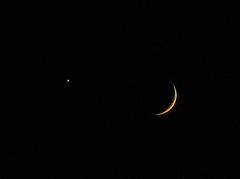 The Essence of Islam

Islam, like other religions, is a religion that began as a message to ensure better material and spiritual conditions for human beings. Movements of political Islam however, refer to the interpretation of Islam by a particular group of Muslims. The same applies to the political Christian and Jewish movements in the world.

There has always been religion based on its original revelation-related sources, just as there has always been a subsequent political interpretation. The latter has proven a significant breeding ground for social conflict; religion is selectively re-interpreted according to the will and interests of competing powers.

Two concepts help shed light on the political manifestations of religion: ‘form’ and ‘essence’. ‘Form’ considers a change in society to be dependent upon a change in the ethics of the individual to a given dogma. For example, there are religious groups in Egypt that believe that solving corruption requires a purification of the conduct of civil servants by, say, ensuring they carry out their daily prayers and fast during Ramadan.

On the other hand, ‘essence’ stipulates that the mind must be used as well as the text. In Islam, we could here quote the Prophet Mohammed, "You are more knowledgeable in your worldly affairs". It is the ‘essence’ that calls for justice as a foundation of ruling, "And when you judge among men, that you judge with justice" or "Give the labourer his wage before his sweat dries out".

Solutions to the aforementioned corruption problem might therefore include the implementation of public monitoring, generalization of the principles of transparency and accountability, and giving the worker a just wage. In order to solve the crisis of corruption, the ‘essence’ of Islam could perhaps provide basic living conditions, including clothing and food, as both humane and practical. It may also broaden the scope of democracy and the rights of civil society to monitor and combat the parasitic systems of monopolization and domination. This would be infinitely more helpful than asking human beings to be angels.

It is the same ‘essence’ that promotes the freedom of thought within Islam, "The Truth has come from your Lord. Let him who will, believe it, and let him who will, reject it" or, and even more emphatically, "No compulsion in religion". The ‘essence’ of Islam also enhances the values of equality, "God does not see your faces, but your hearts".

Unfortunately, the ‘form’ of Islam is today in the ascendancy and it is not asking itself questions about gender equality, killing people from other religions, the extent of conformity of the sponsorship system (Kafil system) with the Sharia, and the application of legal punishments (Hudud). As a result, hands of the poor in Saudi Arabia are cut off in the name of religion, women are stoned, and the robbery of oil revenues by princes is justified, while Islam is disseminated on the basis of fear of dying from torture and not on the basis of love of justice and freedom.

The power of Islam lies in the fact that it set the stage for the liberation of slaves. It is no surprise, then, that a great number of slaves found in Islam a power of liberation that set them free from slavery. Abyssinia (Ethiopia) was the first refuge for Muslims escaping from their former masters of the Arabian Peninsula, who had rejected Islam because it would cost them their slaves.

The king of Abyssinia was Christian and the status of women there was little better than that of slaves. The murder of female children was socially acceptable, as they were not useful in war and there were fears they would be taken prisoner. Islam came to forbid this custom. It was a beginning of gender equality. Equality between masters and slaves, and between women and men, was not the only attempt at social change in Islam.

But as time went by, the Wahhabi form of Islam prevailed. This form includes the beard, the hijab, the sword, fatwas about human-genie intermarriages, questions about the sex of angels, and verses of intimidation by the fire of hell.

"Justice is the foundation of ruling" has been manipulated, what remains of the idea of Caliph Ali is the guardianship of the Islamic jurists (Wilayat al Faqih). And instead of the first names of God being the Merciful, the Compassionate, it has become the Avenging Compeller.

Yasser Shoukry is an editor of e-joussour.net