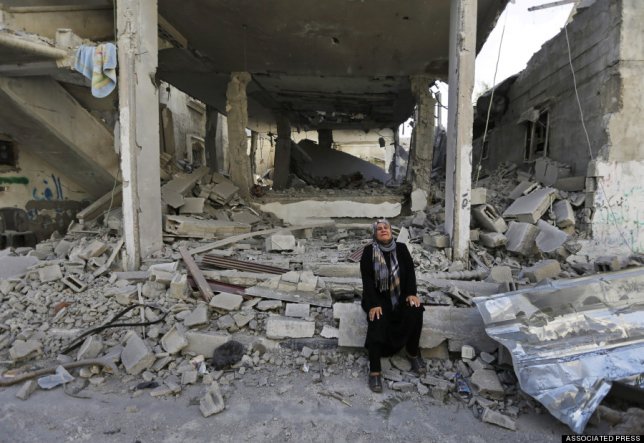 The Dilemma of the Israeli Government in Gaza

For the last three weeks, we heard over again from the Israeli government that the killing of the civilians in Gaza was inevitable because they are being used as human shields. This analysis aims to shed some light on this subject with reference to current happenings, and related issues.

When in reaction to abducting and the murder of the three Israeli teens Naftali Fraenkel (16), Gilad Shaer (16) and Eyal Yifrah (19), the sixteen year old Palestinian Muhammad Abu Khudair was set on fire to death, the family of one of the Israeli victims, the Fraenkels, and the family of Abu Khudeir spoke on the phone and comforted one another. Naftali’s mother, Rachel Fraenkel, also said in an interview “The shedding of innocent blood is against morality, it’s against the Torah and Judaism, it’s against the basis of our life in this country… No mother or father should go through what we are going (through) now, and we share the pain of the parents of Mohammad Abu Khudeir”

The families are following their grandparents, and great grandparents who had lived a life, regardless of their religious differences, that did not have the slightest in common with what has been experienced since 1948. However, this is not the path the Israeli government is pursuing. Let us read Benjamin Netanyahu’s reaction to the very same event: “May God avenge their blood. […] Whoever was involved in the kidnapping and the murder will bear the consequences. We will neither rest nor slacken until we reach the last of them. And it does not matter where they will try to hide.” With these words, he not only demonstrated that he does not have the least in common with Naftali’s family, and thousands similar to them, but also he showed that he has a deaf ear for Pope’s invitation to peacefully reconcile their differences with Palestinians in a meeting just last month .

Netanyahu’s vindictive message was clear and in his mind, there seems to be no disproportion between avenging the murder of three Israeli teenagers, and attacking a whole civilian population, killing hundreds, wounding and maiming thousands.

The people of Gaza are left alone – once more, and with international legitimacy, especially after the USA gave a green light to the operation. This is not the first time: attacks have been one after another, the continuation of the massacre the germs of which could be traced back to 1948, when the ethnic cleansing of Palestine was executed to leave way to the State of Israel – 2006, 2009, 2012 being the cases in the last few years. And now, once more, “Israel rolls into Gaza”, you read in the media. Thousands of tons of rockets, bombs, and thousands of air strikes were not enough. The fourth strongest army in the world has to move into the land of one of the weakest areas on the earth. But no! It is not simply the fourth largest army of the world. This is the U.S. army that moved into Gaza, Israel being the country benefiting from the most generous U.S. military assistance.

And again, the screams of the agony of the mothers were hardly heard, and the as ever bias of the major media was intensified this being unheard, among other issues, because of the hurrahs of the World Cup, and an airplane crash in Ukraine.

Netanyahu also says emphatically that Hamas would pay for this war, and he has to consider the expansion of the grand invasion. But is this a war? Regardless of the asymmetric power of the two sides one may ask: what kind of war this is that over 80% of the victims are the civilians? When one side has helicopter gunship, tanks and combat ships, and the other barely has guns and artisanal rockets? When one side gets 583 death against 27 (as of July 22, 2014), it is difficult to talk about a war . No! This is a massacre not a war; the massacre of the civilians who are captives in the largest open air prison, Gaza being under siege since 2006, civilians being killed by the army that has the most outstanding precision!

In his saying that Hamas would pay, of course, Netanyahu means a majority of innocent civilians, including about a hundred children who lost their lives since the beginning of the attack. Hence, he is plainly treating the Gaza people similar to the members of an army. In response to the murder of three innocent Israelis, the 1.8 million people of Gaza, and their relatives all over the world, are paying for Netanyahu’s decision. If the Israeli government finds this number of people blameworthy simply because they share the occupied land where the suspected killers of those innocent Israeli teens may live, how should they be treated and punished for the innocent massacre of hundreds of the civilians so far? The killing of four cousins of Bakr family, and the bombardment of the Alwafa – the only rehabilitation hospital in Gaza and West Bank – are just samples of the round-the-clock 9-11 being implemented by Israeli government and the governments backing it.

This massacre, however, has to be put in the context of larger projects implemented by the Israeli government. One of them is Ghettoizing Gaza. Even Obama agrees that the area has suffered from the “Suffocating poverty for far too long.”

In the same line, the Food and Agriculture Organization and World Food Program in a 2009 report stated that “The evidence shows that the population is being sustained at the most basic or minimum humanitarian standard.” According to in internal report dating from 2008, the IDF made a scholarly calculation to make sure that every Gazan gets a minimum of calories every day and that no non-essential “luxuries” (like coriander and instant coffee) allowed. Although the food blockade was lifted in 2010, the control over the Strip remains the same.

But the total destruction of the infrastructure, the psychological impact of this massacre on every single person, the number of people maimed all are utterly horrendous. Imagine! The reconstruction of that single hospital mentioned above is estimated to need three million dollars. Imagine 95 percent of the water of Gaza before this massacre was “unfit for human consumption” , and in less than two weeks – since July 7 – 16 medical several facilities have been damaged, including two hospitals, 12 clinics and two nursing care centres. The aim then is not just ruining the present, but the future of Gaza.

What is also noteworthy, and forgotten easily, is that all these attacks are slightly over a month of the time that the Palestinian unity government, after an historical attempt at reconciling Fatah and Hamas, was sworn in . This move could lead the reunification of Gaza and the West Bank who tragically divided since 2007. Now that the maxim Divide et Impera, divide and rule, is no longer effective, and there is a fear of stronger relationship between Gaza and West Bank another option is apparently being tried.

The Israeli attack also fall nearly two months after the collapse of the so-called “peace talks” with even John Kerry warning that without a peace agreement, Israel risk becoming an “apartheid state” This predictable collapse and Kerry’s warning expose a bit too clearly the real agenda of Netanyahu: he does not and will not support the establishment of Palestinian state, living side by side to Israel . The more the Palestinians’ repression can look like a “war against terrorism” where Israel is portrayed as the victim, the better it is for the Israeli hasbara. If then those three Israeli teens had not been killed, another pretext would be brought up for this massacre.

The dilemma of Israel

The real dilemma the Israeli government is facing is not that Hamas’ guns are hidden among civilians; neither is it that Hamas is using civilian as human shields. It is much simpler than that: it is whether or not Hamas is so strong that it can be found in every single house in Gaza. Both a positive and a negative response to this question is a defeat for the Israeli government and the countries directly or indirectly backing its army: if Hamas is in every house, then the confrontation is between the Israeli government and every single resident of Gaza; if it is not, then Israeli government is mis-targeting Hamas, bombing it where it is not. So, what is its claim about this massacre? Put differently, the dilemma is either one fifth of the population of Gaza, about four hundred and fifty thousand, are really members of Hamas or not. If the answer is positive, the Israeli government has to kill all of this population in order to be able to kill the members of Hamas. If not, why has it literally done this, as is statistically clear from reviewing the background of the victims?

Heinrich Böll’s The Lost Honour of Katharina Blum, with the subtitle How violence develops and where it can lead, is the story of a young innocent housekeeper – Katharina – whose life is ruined by an invasive police investigation and interrogation because her beloved is thought to be related to a bank robbery – which ultimately turns out to be ultimately wrong. The story begins with the shooting of a person by Katharina. The whole story depicts how such a person turned out to be able to kill another person.

When Heinrich Böll, in an interview regarding this story, was asked what he thought about the idea that “violence helps when violence rules”, he answered that one should search for the reason why people turn to violence. His figure, Katharina, a totally pacific, politically unengaged, and simple civilian kills the person, a reporter, whom she could reach to avenge the whole system that ruined her life. She did not have anything but honor, and when this was violated, she did not have anything else to lose. Katharina adopted the slogan: “violence helps when violence rules”, and unfortunately, so did the ones who killed the three Israeli youngsters. Israeli authorities keep repeating that they have to extend the period of the land invasion. Even though the Israeli government will not succeed in killing all of the 1.8 million population of Gaza, to the ones who remain alive – including the cousins of Bakker’s family – it shows the way to live a life similar to that of Katharina Blum. This is how violence develops.

Kaveh Boveiri is a PhD candidate in philosophy at University of Montreal. His thesis is on Marx’s Methodology. In addition to translations, he has published articles on social and international issues, among others in The Alternatives, and InternationalMarxistsHumanist.org

Michaël Séguin is a PhD candidate in sociology at University of Montreal. His thesis research focuses on social identity and colonialism in Israel-Palestine. He is a member of the national committee of the United Network for a Just Peace in Palestine and Israel (http://www.unjppi.org/).