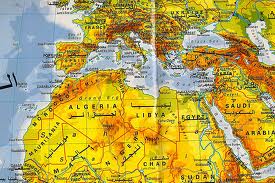 They may be cheering for democracy, but for most countries affected by the Arab Spring the economic news will have them crying.

Mohammed Bouazizi’s final act of hopelessness — setting himself ablaze in front of a government building in Sidi Bouzid, Tunisia, on Dec. 17, 2010 — touched off a wave of civil unrest that toppled two governments, threatens to bring down at least three others, and has redefined the relationship between the ruler and the ruled across the Arab world. But the protests, which were spurred by rising food prices and unemployment, have bequeathed a cruel irony to their makers: A worsening of the very same conditions that sparked the Arab Spring.

The economies of Egypt, Jordan, Lebanon, Morocco, Syria, and Tunisia are projected to shrink by a collective 0.5 percent this year, reversing 4.4 percent growth in 2010, according to a report published by the Institute of International Finance in May. In Yemen and Libya, which are still in turmoil, the numbers will likely be worse; and the growth forecast for the North African region as a whole has fallen from 4.5 percent in 2010 to less than 1 percent this year, according to the African Central Bank.