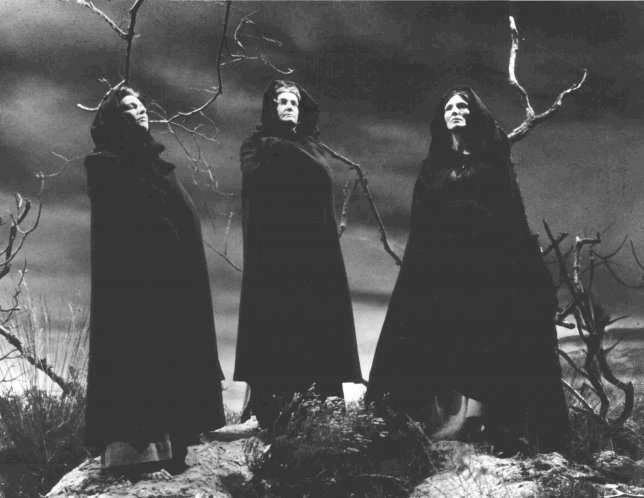 Terror of the Witches’ Prophecy

In a phenomenally wired world like ours we should ideally be more enlightened and connected. The reality is the opposite, bordering on the occult. There seems to be more focus on the witches’ prophecy to divine the truth, in a manner of speaking, than on Macbeth’s lurking ambitions.

As revealed with damning proof by Messrs Julian Assange and Edward Snowden, people are being steadily shepherded towards the opaque, to become more bereft of rational reasoning than was their lot earlier.

Consider the readily advocated logic of more pervasive security — as opposed to an honest appraisal of the malaise, say, in the aftermath of the Manchester slaughter. Take any other devastating moment in any other part of the world — the attack on Christians in a bus in Egypt, on the heels of the Manchester carnage. It is not difficult for our frayed minds to grasp the link between the two tragedies.

Stretch the logic further though, and one feels a stubborn lack of comprehension, an inability to see the connection between the drowning of three-year old Alan Kurdi in the Mediterranean Sea on a bad day and the death of Saffie-Rose Roussos, the angelic eight-year-old who died in a Manchester music hall with 21 other mostly young beautiful people.

Jeremy Corbyn saw the link but Theresa May shouted him down. It’s useful to recall what he said just three days after the attack on one of Britain’s most cosmopolitan cities: “Many experts including professionals in our intelligence and security services have pointed out the connections between wars that we have been involved in, or supported or fought in other countries such as Libya, and terrorism here at home.”

That’s exactly what Bernie Sanders and Noam Chomsky have been saying too. Corbyn added, to be sure, that his “assessment in no way reduces the guilt of those that attack our children. Those terrorists will forever be reviled and implacably held to account for their actions”.

Traditionally, jumbling fair with foul is associated with witchcraft. There are no witches, of course, only humans playing their roles while blaming it on the supernatural. Professor Bradley likened the witches’ prophecy in Macbeth to “equivocation of the fiend”, which is a reasonably familiar human trait, is it not? It’s commonly called double-speak.

Three apparitions on the heath brought happy tidings to Macbeth, which are said to have contained the seeds of the hero’s doom, never mind his own lurking ambitions. Shakespeare’s use of the occult (or Bimal Roy’s for that matter) did not preclude rational thinking.

Cassius (like Corbyn in Manchester), we can recall, was quick to identify the material explanation for Brutus’s quandary. It was not the stars up there but human frailties within that nursed many of the world’s failures. The words from Julius Caesar were cushioned in dialectical reasoning, a rare commodity today.

It is difficult to see the Manchester tragedy without reference to Tony Blair and David Cameron who both took turns in stirring the witches’ brew. Ms May was a member of the Conservative establishment that hunted down Muammar Qadhafi, reportedly with the help of those that struck Manchester the other day. Both the former prime ministers equivocated through their teeth to adverse outcomes for their country and the wider world.

The Chilcot inquiry report hasn’t left a fig leaf for Blair to hide his complicity in the destruction of a secular Iraq, a country that could have saved many tragedies, possibly including the cold-hearted attack on the music halls in Manchester and Paris. And no inquiry is needed to determine Britain’s complicity in the ongoing dismantling of a secular Syria. The problem it seems is that all three — Syria, Libya and Iraq — were Cold War allies of Moscow.

History is replete with a range of compelling explanations for Manchester-like calamities. One could go back to Colonel T.E. Lawrence without disturbing the logic of cause and effect to explain the unending terror attacks stalking men, women and children. Without Lawrence setting up a kingdom of the most puritan sect of Muslims the story would be quite different.

My personal starting point to explain Manchester would be in Fez 1981. Often known for witchcraft and sorcery, the Moroccan resort was the venue of an Arab summit — two summits in fact, one failed and the other had to be revived.

When Salman Abedi blew himself up at the concert hall the president of the United States had just won billions of dollars of arms contract in Riyadh, which he followed up by a round of frolicking and sword dance with the Saudi royalty. Moments later, he was meeting his friend Benjamin Netanyahu in Israel when the Manchester terrorists struck. He called the attackers “losers” without saying who the winners were, if any.

Israel and Saudi Arabia were the topic at the Fez summit, but Saddam Hussein, Qadhafi and Hafez al-Assad boycotted it. Representing them instead were their deputies, Tariq Aziz, Abdusselam Jalloud, who later defected against his Libyan boss, and Abdul Halim Khaddam, Assad’s vice president.

The Saudi proposal was carried by crown prince Fahd. He sought a hurried Arab recognition of Israel’s right to exist in return for a Palestinian state. Because of the Cold War or out of stubbornness by the big three, Fahd’s plan was thrown into the dustbin. The Shia-Sunni, Iran-Saudi narrative promoted by Riyadh was an afterthought. Remember that Riyadh’s first quarries, in collusion with Britain, were the Sunni PLO, the Sunni-ruled Iraq and the Sunni-ruled Libya.

An alternative way to understand the pain and suffering set off by mindless killers could require us to accept the witches’ mumbo jumbo: “Double, double toil and trouble;/ Fire burn and caldron bubble./ Cool it with a baboon’s blood, / Then the charm is firm and good.”

Taking the witches’ war dance in Macbeth seriously, as some of us can be lulled into doing, would require us to be looking for a baboon, a fall guy, but where? In Iran? China? Or perhaps in Moscow?

The writer is Dawn’s correspondent in Delhi.