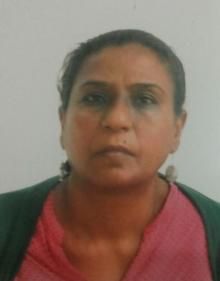 Since 2010, the Equal Rights Trust has supported the Journalists for Human Rights (JHR) Network, the only platform of its kind that provides an essential means for journalists to report safely and effectively on hate speech, discrimination and violations of freedom of expression in Sudan and South Sudan. During this time, the Trust has helped the network to develop from an informal group of a few like-minded journalists in Sudan to a network of more than 300 members, friends and associates working in both countries. Following this close collaboration, the JHR Network is now in the process of establishing itself as an independent NGO. In late 2015 we spoke with two journalists from the Network who outlined how their knowledge and skills have developed over the past six years.

ERT: Could you start by introducing yourself and telling us about your experience working with the JHR Network and the Equal Rights Trust?

Gabriel Shadar: I was born in South Sudan and I grew up in Sudan so I have experience of both countries. I am a graduate of English and French literature but journalism is my love and life. Today, I work as a senior journalist for Radio Miraya, a UN sponsored radio station which is one of the few independent widespread radios in South Sudan. For the last nine years, the station has provided impartial information about what is happening in the country and we have also been involved in programmes which support peace and coexistence as well as development in education and health.

For the last two years I have worked with the Equal Rights Trust, attending its workshops which train JHR’s journalists. The workshops have added value towards my experience working in journalism, particularly for reaching communities where the level of communication is not high, where there is not a great deal of awareness and where we have experienced tension as a new country trying to find our way through complicated situations.

Liemia Abubakr: I am one of the founders of the JHR Network and I currently work with Al Alag Press Centre where I trained as a journalist. As part of the JHR Network, I attend most of its activities and I train journalists to report on gender issues, focusing on sensitive reporting.

In countries like Sudan there are a lot of human rights violations based on ethnicity, gender and other kinds of discrimination. This project has made journalists sensitive to reporting on these issues. When I read the reports of the journalists who have been trained by the JHR Network and the Equal Rights Trust I can see an improvement in their work.

ERT: Could you explain how journalists in both your countries are at risk?

Liemia: In Sudan the media is controlled by the government. There are a lot of laws and restrictions against the press. According to the National Security Act, the government is responsible for appointing the editor in chief and this makes the situation very dangerous; there is censorship of the chief and the managing editor and so, in this way, the government controls the newspaper. There are a lot of red lines, for example you cannot write about what happens in certain areas, what happens to the women who are selling food in the street and are sent to court, to the refugees or internally displaced persons, in effect, you cannot write about the real situation.

Gabriel: There is a saying that we are two nations but one system and this is reflected in the media. The relationship between the officials and the media is the same in South Sudan as it is in Sudan.

One challenge for us is building the capacity of the media in South Sudan. As the media is emerging, many of the practitioners are very young and our editors, even our editors in chief, don’t have a great deal of experience compared to Sudan. Additionally, the distribution of the newspapers is limited in South Sudan when compared to Sudan. The average newspaper in South Sudan can print 3000 copies, which is very little compared to Sudan, where a newspaper can print 150,000 copies. A lot of newly established newspapers don’t last longer than a few months. However, radio is developing quickly here; we have a lot of FM radios broadcasting throughout the country. Some of these speak in local languages and people have better access to them than to newspapers.

Unlike in Sudan, we are not restricted by the government; any newspaper can select their editor and chief, but if they publish anything that is considered wrong, they are in hot soup and the security can close down the papers. This leads to a great deal of self-censorship. The relationship between the government security and the media is a challenge and although there are few court cases concerning the media and authorities, there is a lot of summoning.

People need a better understanding of the role of the media. Many people think they should be the mouth piece of the government and this is quite strange because we want to bring the truth.

To summarise, the media in South Sudan is promising, but it faces a lot of structural, social and economic challenges. If we don’t have support from the region and from the international community we cannot really develop it.

ERT: Hate speech has been something that the JHR Network has increasingly taken a leading approach on and it is also a highly relevant issue in South Sudan. Could you elaborate on the role of journalists in combatting hate speech?

Gabriel: Hate speech is driven by stereotypes that have developed over the years and when it gets politicised another dimension is added and it takes a life of its own. Hate speech often gets embedded into politics where politicians use it to obtain power by exploiting communities and unfortunately most of it is supported informally by the media.

Hate speech is often found in a person’s upbringing, right from the home, when parents tell their child not to marry from that tribe, or to go to that school, that town etc. because of those people, that is hate speech. We also experience a lot of road hijacking in South Sudan where hijackers will attack or kill those who come from a different tribe.

ERT: As part of its work in Sudan and South Sudan the Equal Rights Trust and the JHR Network have provided a series of training workshops to JHR’s journalists focused on freedom of expression, combatting hate speech and discrimination. How effective do you think these workshops have been in helping the journalists to report safely and effectively on the right to non-discrimination?

Gabriel: Speaking for myself and other journalists, many of them have changed their perceptions and the way they discuss issues. They have moved from being subjective to being objective. This is extremely important to dissuade people from thinking that journalists are biased. It is also important considering the division caused by tribalism here, which often leads people to think reporters will only publish on certain issues because of the region they are from.

There is a lot of discussion on issues of equality in the country and within the states, and I find most of my colleagues who have attended these workshops are highlighting these issues and trying to find common ground. I myself have dedicated some of my talk shows and debates to issues of human rights. Our society, communities and cultures are quite biased and exclusive of women, which means that gender-based violence is an issue. We have started to streamline our gender-based violence media programmes in partnership with the government and other NGOs. To do this, we used information gained from the workshops, so it has been easier to discuss these issues. We have been able to provide a platform for women, for women organisations, for NGOs, and even the government. I think there is a lot of change in the way journalists are approaching issues of human rights.

Liemia: There is a lot of discussion about the Declaration and it is a very important issue for journalists in Sudan. Before South Sudan became independent there was just one newspaper, Al Intebaha, which worked on hate speech. Now there are three others doing the same thing. After reading the Declaration they are very willing and they will not participate in any report that encourages hate speech.

ERT: In 2012 and 2013 the JHR Network moved from being focused on Sudan to reaching out to South Sudan so that all its events would see equal participation from both countries and to encourage cooperation and understanding between the two countries. Do you think it has helped to address the way in which the media talks about the conflict?

Gabriel: It has been very good for us. We have been divided politically but we share a lot of the same concerns and our social ties are very strong. More than a million people went back to Sudan after the conflict erupted in the country. We still have a lot of students studying in the north. We still have communities in our country, in South Sudan, doing business, there are intermarriages and so on. Whenever there is political tension between the two countries, journalists from both sides must come together in a common approach. These events have eased that tension and if we feel that journalists in Sudan have wronged us or vice versa we can discuss these issues openly. If we didn’t have this unity, tools such as the Nairobi Declaration wouldn’t have come about. We have both been enriched by sharing our experiences and we have a sense of solidarity.

Liemia: By coming together, journalists from Sudan and South Sudan are able to share their experiences, their sources and develop a relationship between one another. It is a very good for us to come together.

ERT: Over the last year the Equal Rights Trust has been supporting the JHR Network to establish itself as an independent NGO. What do you think about its future and the need for such an organisation working in these two countries with a mission focused on freedom of expression, non-discrimination and hate speech?

Gabriel: In terms of the future, I think it is about adaptation and expansion. We need to move out from our own capitals to the states. Those who are in Juba (where most reporting takes place) need to reach the journalists who are in the remote areas. Journalists cannot go to conflict areas and I understand this is the same in Sudan. We need to expand the JHR Network in both countries so journalists can report effectively and safely on rights violations in these areas.

Liemia: The efforts of the Equal Rights Trust have added great value to the JHR Network and I think it’s high time for the JHR Network to be established and registered as a public organisation. We have been working for more than 15 or 16 years now as an informal network, building experience and working in both countries.

Reporting is heavily focused on gender issues and it will be good for journalists in the region to build their capacity on different issues. They need protection and support and I think the JHR Network can provide opportunities for journalists not only in Sudan, but for other journalists in Africa.