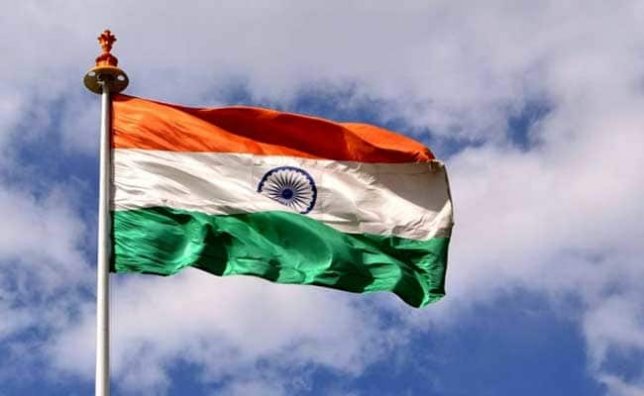 Though the Supreme Court refused to entertain on June 3 a Public Interest Litigation (PIL) for renaming India as ‘Bharat’ or ‘Hindustan’, it does not put an end to the longstanding Hindutva agenda on this issue. The Supreme Court decision was purely on technical/legal grounds namely that ‘Bharat’ as one of the names of the country is already stated in India’s Constitution. Further, the Court opened the way further for this pro-Hindutva move by suggesting that those bringing the PIL to the Court can make the representation to the government. The possibility of technical rejection by the Court could not be unknown to those who brought the PIL to the Court. Their agenda was more long term based i.e. to prepare the ground slowly for building public opinion or even, more ambitiously, a consensus on this renaming than scoring a quick legal victory. This long-term agenda was quite evident from the PIL’s reported aim of replacing India by Bharat to instil a sense of pride in ‘our own’ nationalism. This attempt to evoke a sense of pride in ‘our own’ nationalism has a history rooted in the Constituent Assembly Debates at the time of drafting the Constitution.

The opening Article 1 of the Constitution states: ‘Name and territory of the Union (1) India, that is Bharat, shall be a Union of States’. In this naming schema where India is followed by Bharat was a political compromise conceded by the modernising and secular tendencies in the Constituent Assembly to the Hindutva-minded tendencies who wanted the name of the newly independent country to reflect the ancient pre-British and pre-Muslim era of a ‘glorious’ Hindu past. The modernising and secular tendencies were aware of the signifying implications of naming India as ‘Bharat’ in alienating the non-Hindus and sections of Hindus from non-Hindi speaking Indian states but these tendencies were not powerful enough in their ideological commitments or bargaining position to rebuff the Hindutva tendencies. What followed, therefore, was the messy compromise as stated in the words of Article 1.

Reflecting on the association between ‘Bharat’ and Hindu mythology, and the controversy over this association, OHK Spate, the famous British geographer of the Indian subcontinent, had stated in his classic work ‘India and Pakistan: A General and Regional Geography’ : ‘In Hindu literature the sub-continent as a whole is styled Bharat-Varsha, the land of the legendary king Bharata; but it seems safe to say that there was little feeling of identity over the whole country’. He clarified it further: ‘Bharat’. . .is used mainly by. . .the romantic Hindus’. It is this romanticisation which seems to have led a Hindu sanyasin in August 1949 to go on a fast which she threatened to continue till her death unless two of her demands were met, namely that Hindi should be adopted as a national language and India should be renamed Bharat. According to Granville Austin, the author of the seminal work ‘The Indian Constitution: Cornerstone of a Nation’: ‘Nehru, among others, visited her [the sanyasin]. She broke her fast on 12 August, claiming that Nehru and other Congress leaders had assured her that Hindi would be adopted’. Although Austin’s account of the incident is silent on whether her other demand for the renaming of India as Bharat was accepted by Nehru and other Congress leaders who visited her, it nonetheless highlights the strong emotive association of the Hindus, especially of the Hindi-speaking regions, with Bharat. It is interesting to observe that in the rest of the Constitution’s text the word Bharat is not used again. It suggests that its insertion in the opening article was meant to suggest a word of huge symbolic significance.

This symbolic significance was highlighted during the Constituent Assembly Debates (CAD) by Jagat Narain Lal (from Bihar), a member of the Constituent Assembly, who was heavily Hindutva-minded in his political outlook. He argued: ‘I would have liked the name ‘‘Bharat’’ to come before India. It is a fact that ‘‘Bharat’’ and India have come in, but I would have liked ‘‘Bharat’’ to come before India’ (CAD, Vol XI, 25 November 1949, p 948). The symbolic significance of ‘Bharat’ in the opening article was meant to suggest a sense of Hindu ownership of the new India—the India which was perceived to have achieved self-rule after many centuries of foreign rule. The name Bharat signified the birth of a new India, with whose government and state the Hindus felt a sense of identification. The prioritisation of ‘Bharat’ over India in the naming schema of the new country which Jagat Narain Lal had argued for was to highlight this sense of ownership and identification.

Lal was one of the three-member Linguistic Provinces Commission in 1948, which had argued against the creation of linguistic states on the grounds that such states would harm the interests of Indian/Hindu nationhood. As a votary of strong centralisation, he reiterated his opposition to the demands for the creation of linguistic states and said that he ‘strongly held the view that if a redistribution of provinces has to take place, it should be carried out on an administrative basis’ (CAD, Vol XI, p 947). The Hindu nationalist organisations in post-independent India have almost always taken a similar position on the reorganisation of states. Secular linguistic nationalism is viewed by Hindu nationalists as a threat to the consolidation of a singular Indian Hindu identity.

Two other members of the Constituent Assembly -Jaspat Roy Kapoor and Ram Chandra Gupta (both from United Provinces)- argued in support of a similar position. Kapoor expressing his disappointment ‘about the special provisions for Kashmir’, concluded his speech with strong Hindu nationalist fervour: “Our motto and slogan hereafter should be: Bharat samvidhan ki Jayaho, Bharat Mata ki Jayaho’ (Victory to Bharat Constitution, Victory to Mother India).

Professor Alok Rai, the grandson of the legendary Hindi writer Premchand, criticising the constitutional victory of Sanskritised Hindi in his book ‘Hindi Nationalism’ as a vehicle of ‘‘national’’ aspiration for a regional upper-caste elite, translated a piece of Hindi poetry, which captures the emotive link between Sanskritised Hindi, Bharat and Hindutva imagination:

“If your well-being you really want,

Then chant for ever but these words—

The Constituent Assembly members who were Hindi extremists were, generally, also Hindu nationalists who envisaged the new India in terms of the glories of the ancient Hindu kingdoms. Purushottam Das Tandon, Seth Govind Das, Balkrishna Sharma, GS Gupta and Dr Raghuvira were some of the leading Hindi extremists who were also known to be Hindu revivalists sympathetic to the glorification of that imagined ancient Bharat. Dr Raghuvira contested the parliamentary elections in 1962 as a Jan Sangh (precursor of the Bharatiya Janata Party) candidate.

The Supreme Court’s refusal to entertain the plea of renaming India as Bharat is certainly of legal significance and deserves to be welcomed but it does not take away the long- term political significance the Hindutva tendencies attach to this contested issue for its potential for sectarian Hindu mobilisation in the future when such mobilisation would be needed at some critical moment in India’s turbulent politics.