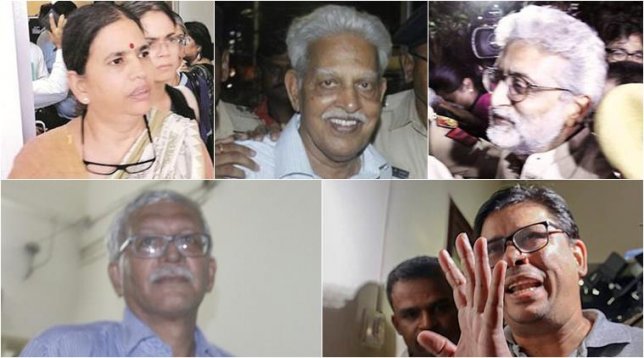 There is a nation-wide scare about a plot to kill our beloved prime minister Narendra Modi-ji by Maoists. Thanks to the ever alert police force of Maharashtra – and aided by our even more alert national investigative agencies – the conspirators have been apprehended before they could carry out their plot. But it is a matter of grave concern that prior to their arrest, they could have acquired both national and international reputation as social activists, lawyers, journalists. It shows the lapse on the part of our intelligence agencies. In future, they should keep a watch on such people, and prevent them from gaining access to the media and public fora.

The next in our list of the beloved – after our prime minister of course – is our most popular and dear TV anchor Arnab Goswamy. It was he who first waved that letter on the Republic TV screen exposing the links that these social activists and others had with the Maoist plan to kill the prime minister in a “Rajiv Gandhi type plot.” He should surely be proud of his exposure that has led to the arrests.

But now, in the midst of Goswamy’s drooling ecstasy over the arrests, suddenly a spanner has been thrown in from an unexpected quarter. Prakash Ambedkar, (grandson of the legendary leader of the Dalit movement – sorry, I should use the term Scheduled Caste, as required by the government’s recent order – Bhim Rao Ambedkar) who is the president of Bharip Bahujan Mahasangh, has come out with an observation that rubbishes this whole scare about the death threat that our prime minister is supposedly facing. Commenting on the allegation of a Maoist armed plot to gun him down, he said : “Tick 20 (a pesticide) is enough to kill a rat ; a gun is not needed.” (Re : Deccan Chronicle. September 2, 2018).

Now, this brings me back to two old Bengali sayings with which I grew up in the 1940s. One is : “Chunchomereyhaatgandhokorona” (Don’t make your fingers stink by killing a musk-rat). The other is a term used to describe characters who are so despicable that even Yama (the god of death in the Hindu pantheon, who brings the souls of the dead to Hell over which he presides) wouldn’t deign to touch them. The Bengali term is “Jomer-o aruchi” (literally meaning, unpalatable even for Yama).

Given these circumstances, I’m sure our beloved prime minister will enjoy immortality. First, the Maoists do not have access to Tick 20 (thanks to the strict vigilance by our patriotic police which has rounded up their contacts, the `urban Naxalites’ all over India). Secondly, we’ve been assured that Yama won’t touch him.