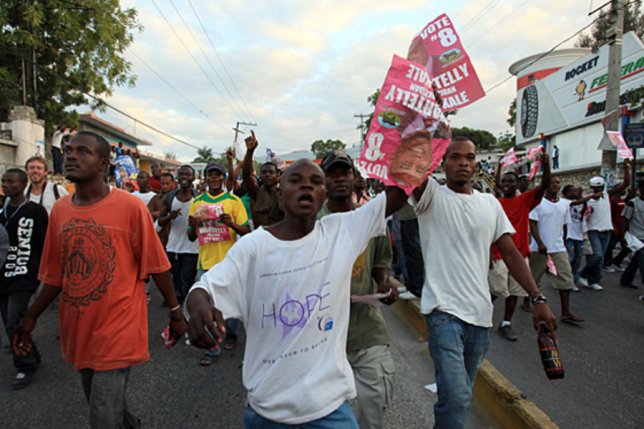 The saggy middle of American international intervention stretches into the multitudinous crevices of other nations. Paradise is corrupted or lost or confounded, as a fervent U.S. desire for stability in governance often clouds (or outright obscures) better judgments for the people of far off lands. Haiti is no stranger to these machinations of otherworldly powers, nor to the predilections of other regimes in their free and democratic ‘elections’. What disappoints the casual observer is the probable inevitability of such occurrences.

There are certain national facts that complicate Haiti. As John Lee Anderson’s fantastic profile for The New Yorker details, there are endemic problems within the country that prime the stripping of individual rights by the international speculation and aid. It is the poorest country in the Western Hemisphere. Nearly sixty percent of its ten million residents live in poverty. Nearly half the nation is illiterate. These are the terms under which the Haitian people negotiate with their government, other governments, and international aid organizations. Help is simply needed, without recourse.

The political situation presents another rubric for judgment, and another complicated ecosystem that limits the choices of Haitians. Outgoing President Michel Martelly was a champion of the lower classes, but also a staunch supporter of purely capitalistic agendas (he was, thusly, a favorite son of the Obama administration’s “search for stability” in the region). Martelly’s chosen successor, Jovenel Moïse, is a banana plantation owner who possesses the same industrious fervor as Martelly – both, to varying degrees of political incorrectness, truly do want what’s best for Haiti. Moïse’s opponent is the same foe that opposed Martelly, Jude Célestin, a man of a party with open interests not all that different from Martelly. What then, has caused such turmoil during the new election season in Haiti? Are not the people receiving representation?

Francis Roble, writing a brief summary for The New York Times, details the functional failures of election-time Haiti. Célestin and Moïse have accused each other of voter fraud. The U.S. position is one that searches for stability, as “[t]he Obama administration has expressed concern that if a successor was not elected, the result would be an unconstitutional power vacuum.” For the United States, instability breeds contempt or, worse, socialism.

Further evidence indicates a nation striving for fair representation amidst unrealistic and often disastrous international pressures. Both Robles and Carrie Kahn, in an interview with Steve Inskeep of NPR, detail a Haiti foregoing national improvement for the pacification of international powers. Robles underlines Martelly’s nonexistent plan for relinquishing power without a new mandate, all while his political opposition refuses (rightly) to force through any constitutional amendments to lengthen his reign. Kahn’s constant refrain throughout her interview reiterates a Haitian problem: either in intervention, in nefarious goings-on, or even in general democratic principles “they just couldn’t pull it off.” Haiti appears stuck behind layers of good and bad intentions, almost imperceptibly intermingled, especially convoluted to a U.S. government that only pursues a vague and imprecise regional stability.

Asides are useful in Haitian politics, or any nation towards which the United States only has a casual and causal interest, to define an underlying theme. When Anderson asked previous President René Préval about the 2012 Haitian earthquake and respondent international aid “he told [Anderson] that the earthquake wasn’t his fault.” This must be important.

Questions are also posed to President Martelly, similar in structure and as deferential in their answers. Anderson outlines Martelly’s slogan, “Haiti Is Open for Business,” as capitalistic placation bordering on magical realism. When Robles notes that party members possibly used indelible ink to vote multiple times in the first round of Haitian elections, the metaphoric implications seem to slap the casual observer in the face. Who are we empowering with Democracy? Why is Democracy rarely democratic?

Jonathan M. Katz, another journalist in conversation with Anderson, does his best to describe the electoral conditions of Haiti, imposed by foreign “support.” Martelly, despite being a reformed pop-star stolen from a far right party, has “probably achieved more or less what they wanted him to,” namely kept power and order and the U.N. in the nation, didn’t fight foreign investors, and kept the visible violence to a relative minimum. Katz’s final dictum, however, chills the most optimistic of Haitian sympathizers: “The fact that nearly everyone in Haiti is worse off than they were five years ago gets a pass. That’s the tyranny of low expectations for you.”

The situation seems terminal. One would assume Moïse will triumph in the “elections” and that Célestin’s claims of “fraud” will go un- or under-investigated. There is something languid about the corruption of island governments, something static in the heat of the place that demands stagnation masquerading as stability. Ask a U.S. official and they will preach the virtues of democracy. Ask a Haitian and it’s a coin flip whether they could even read the question. There is something obviously disheartening in this, the absolute failure to successfully protect the virtues one extols. There is failure, and then there is farce. A man from a banana plantation will run the country, next maybe Haitians will get a stand-up comedian.