The Left is advanding, while Hamas capitalizes on the decline of Fatah

The fourth stage of the Palestinian municipal elections, which were conducted on 15 December 2005, have come to an end. Both the political importance of the areas in which the elections were held and the broad participation that they drew highlight their significance. The elections— which were conducted according to the relative majority system, or the “list system”— were held in four major cities of the West Bank: Ramallah, Nablus, Jenin and al-Bireh, as well as 35 towns in the West Bank and three towns in the Gaza Strip.

There were 148 thousand electors in this electoral stage; they elected 414 members for municipal and village councils; a total of 1321 candidates competed for these seats, and there were 266 women among them. Moreover, these elections took place nearly one month before the legislative elections set for the 25th of January 2006.

Thus, these results are highly indicative of the balances of powers that shape the contemporary political reality in the Palestinian street. The results reflect the general trend revealed over the previous three electoral stages, namely, the domination by the Hamas movement within most large cities in the Gaza Strip and the West Bank. The gradual rise of Hamas in Palestinian politics has significantly changed the map of the Palestinian political terrain.

The results of the elections in the four major cities were as follows:

The city of Jenin: The Hamas list won 6 seas. The coalition of Fatah and the Popular Front won 6 seats.

As for the rural areas, the Fatah movement won a majority in these councils while Hamas made progress in a number of them. The Popular Front won a total of 27 seats. 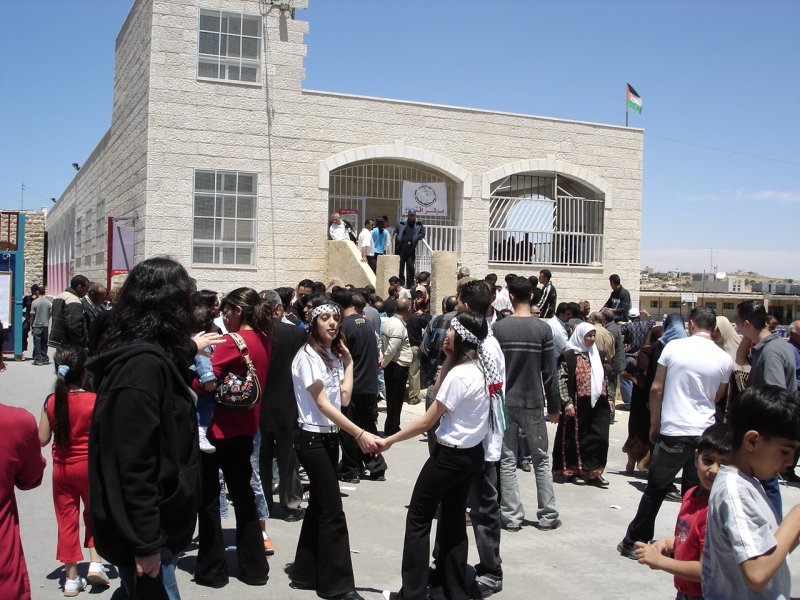 The fourth stage of the local elections, the results of which represent a sweeping victory by Hamas in all of the major cities in the West Bank (with the exception of Ramallah) indicate the depth of the socio-political transformations that have taken place in Palestinian society. How can we explain these developments and what are the factors behind them?

Another important factor in these elections is the current state of disintegration and confusion in the Fatah movement. Despite the negative indicators and results revealed by the four rounds of local elections, the movement could not solve its internal problems before the Hamas movement was able to gain power in those areas where Fatah once enjoyed hegemony.

It was obvious during these election rounds that the Fatah movement was suffering, as it continues to suffer, from a deep structural crisis. The features of this crisis began to emerge directly after the siege of the late President Arafat in the district building of Ramallah. To make matters worse, the leading institutions of the movement (the Central Committee and the Revolutionary Council) did not deal seriously with this crisis. As a result the crisis deepened substantially, further exacerbating the divisions within the leadership and creating discord among Fatah’s followers. In this way, the current imbalance within Fatah is entirely comprehensive, effectiving every aspect of the party structure. But perhaps the most compelling evidence for the depth of this crisis is that the Fatah movement is going to the legislative council elections with two lists headed by Marwan al-Barghouthi, who remains in Israeli prison.

Fatah’s internal problems have reached a very dangerous point; we can only hope that they do not reach the point of no return. Though some may see these contradictions as if they were mere personal differences (a naïve and superficial perspective) they in fact reflect serious political, social, and generational divisions.

This condition of crisis within Fatah and its inability to decisively address its serious challenges have pushed the movement into the circles of violence, hesitation and disintegration. Meanwhile, the Hamas makes progress in the elections with harmonious and organized force.

The primary elections in the Fatah movement, held without properly organizing the movement’s structure, further perpetuated the crisis. As a result, the structures of the movement and its organizational frameworks were transformed into an arena of confrontation, an absurd lineup process and an environment to settle accounts among the different centers of power.

In addition, Fatah has not properly evaluated the political experiences since Oslo and therefore has failed to develop a coherent plan in their dealings with American-Israeli pressures. This crisis was deepened by the absence of security, the continuation of the centers of corruption and a general lack of accountability.

Thus, the Fatah movement now stands at a historical crossroads. Either its organizational bodies and leaderships must stop the process of self-corrosion and confront the contradictions besetting the movement, or the dynamism of the crisis will push the movement towards division and disintegration.

However, the important question is this: Is the margin of time until the elections of the Legislative Council on the 25th of January 2006 an adequate period for the Fatah movement to control the crisis, gather the ranks of the movement, and unify its forces to confront the bulldozer of the Hamas movement, which continues to make progress in the moments leading up to the elections for Legislative Council? Or will the Fatah movement choose to postpone the elections in order to gain more time to rearrange its internal affairs?

Leading up to the elections, Fatah should be careful not to bow to American-Israeli pressure, which would push the Authority and the Fatah movement into confrontation with Hamas in an attempt to ban the Hamas from the elections. The submission of the Authority to this demand would push the Palestinian political arena into a dark circle of internal struggle, the result of which will ultimately destroy the temple and those inside it. This is in addition to the violation of simplest rules of democracy implicit in efforts to ban the Hamas from elections.

The third factor which played a role in defining the results of the fourth electoral stage was the splintering of the forces of the democratic current and their inability to unify their ranks. Instead, most factions of this current joined the Fatah movement (Feda, the People’s Party, and the Democratic Front) and in doing so they lost their color and credibility.

The Popular Front, however, was able to assert itself as an active and effective force. This is clear from the overall results of the local elections in the fourth stage. The Popular Front was able to achieve an advanced and powerful status in important major cities. It won the position of the mayor of the Bethlehem Municipality; it gained 5 seats out of 13 in Beit Jala and Beit Sahour; it won the position of the mayor of the Birzeit Municipality; and it obtained 6 seats in Ramallah as well as two seats in al-Bireh, in addition to a significant amount of seats in the villages and rural areas.

All of this indicates that the democratic choice is a realistic option in Palestinian society. With more effort, organization and democratic openness it is possible for the leftist current to form a force of social, political, and cultural balance under the state of struggle between the Fatah and Hamas movements.

In response to the crisis of the Fatah movement, the leftist pole has gained increased importance in Palestinian politics. This is because the left can form a force of polarization and attraction for the mass sectors of Palestinian society who— despite their loss of confidence in the ability of the Fatah movement to bypass its deep crisis— are not drawn to the program of the Hamas.

The Palestinian political scene that we face is a political mosaic teeming with transformations and contradictions. As to how this mosaic will settle, it is certain that after the 25th of January it will appear significantly different that before.
– This article was taken from the January issue of "News From Within"

Source: The Fourth Stage of Palestinian Municipal Elections. This article was first published in the Januaray issue of News From Within.