Home > English > NEWS AND ANALYSIS > Palestinian Legal Activism, Between Liberation And The ‘Desire’ For (...) 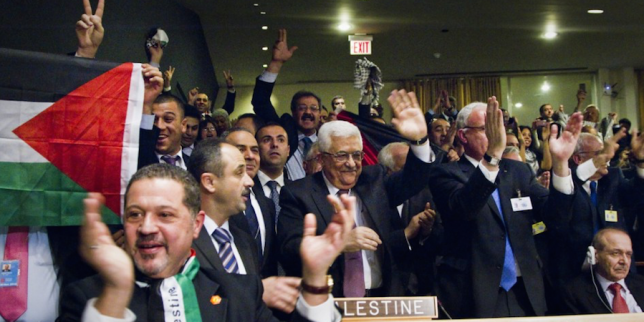 Palestinian Legal Activism, Between Liberation And The ‘Desire’ For Statehood

Contemporary Palestinian politics is marked by paradoxical dynamics: while we observe an entrenchment of the colonial regime, division within the national movement, territorial and institutional fragmentation, and heightened authoritarianism, we also witness a growing reliance on international law, the language of rule of law, good governance, and human rights. The paradox lies in the fact that despite law playing a central role in furthering these dynamics, Palestinians and pro-Palestinian groups increasingly translate their political claims into legal language as their primary site for the pursuit of an elusive political emancipation, producing, by the same token, what Foucault would call a “discursive explosion”[1] in the juridical field in relation to Palestine.

This turn to law has, not surprisingly I suppose, prompted a sort of further legalization of Palestinian politics. From the perspective of the Palestinian Authority (PA) – a non-sovereign entity but nevertheless highly legalistic in its actions – this shift is extremely clear,[2] and it is best reflected now by the PA’s almost obsessive use of international law to frame Palestinian political claims. But also ordinary citizens are turning to law and increasingly contest what they perceive as violations of their rights before PA and international judicial mechanisms, often with meager results. Similar dynamics occur within Palestinian and pro-Palestinian social movements which persistently frame their political agenda within the language of law, particularly human rights and international law.

It is strange to see Palestinians – who have witnessed their dispossession and colonization organized, reified, and embodied in law, and their own authority using law to impose an additional regime of political subjugation – placing so much faith in legality to achieve political emancipation. The problem is not so much the use of law per se, which can obviously have emancipatory potential. What is worrying is that Palestinians seem to have uncritically embraced law as their main – and sometimes it seems their only – strategy. One would think that when confronted with the impossibility of achieving their political objectives by other means, Palestinians and pro-Palestinian groups have experienced a sort of psychoanalytical displacement of desire. Moving from real emancipation to the uncertain promises of law their discourse, as Butler paraphrasing Lacan would say, “…constantly analogizes the lost object [political emancipation] with the present object [the promises of law], and constructs false certainties on the basis of partial similarities.”[3]

The persistent resort to international humanitarian law in Palestinian and pro-Palestinian discourse is an excellent illustration of how seemingly liberatory mechanisms can also become technologies of their own domination. This legal corpus entails a horizon which limits the debate to the 1967 borders, and the end of the occupation of the West Bank and Gaza. It not only tends to exclude Palestinian refugees but also casts out from the debate any reference to the Nakba and its continuous impact, imposing a solution of two states that, given the form of negotiations on Palestinian statehood, would certainly re-articulate the current political subjugation of Palestinians. And it imposes this problematic formula even before we have had a proper debate about what a fair solution may look like, not only for Israelis but for Palestinians (all Palestinians) as well. These dynamics put into effect particular and legalistic conceptions of freedom, equality and emancipation when what we need is to argue about the powers that need to be negotiated to produce a real emancipatory order for Palestinians.

Some important works – critical of this turn to law or highlighting its limits and dangers – have been published by Palestinian and non-Palestinian scholars: they analyse the instrumentalization of legal discourse and the political cynicism that it can produce (Lori Allen); reveal how the Israeli juridical field reduces Palestinian political claims to legal technicalities such as the nature of elements of proof and evidentiary burdens, excluding the political debate of the Nakba and its refugees (Samera Esmeir); also expose the appropriation of the language of international law and human rights by conservative actors and state powers to shield their actions from legal accountability and reproduce structures of subjugation (Noura Erakat); highlight the whitewashing/pinkwashing of egregious Israeli policies against Palestinians by resorting to a rhetorical affirmation of minority rights (Katherine Franke); or, even more disturbing, unveil Israeli settlers’ work in framing their own situation as a question of law and human rights (Nicola Perugini).

However, for a complete diagnosis of the complexities, tensions, and contradictions that the turn to law implies, and beyond cynicism, instrumentalization or appropriation, critical legal scholarship on Palestine needs to pay careful attention to the very logic that the turn to law imposes and its impact on Palestinian struggle for emancipation. We need to undertake a sort of “critique of legal reason” asking what law itself does – its language, criteria, assumptions, structures, and practices – to political claims. Some literature in other fields (indigenous/First Nations, labor organizations, LGBT, and African-American rights movements) identifies some of the main problems present in legal logic, and these movements’ own shift to law: how, for instance, legal logic narrows or channels a movement’s demands into terms recognizable to a liberal regime of rights, while transforming their political substance and normative aspirations; how the juridical field turns the affected communities into rights-holders increasingly concerned with legal technicalities, and thereby flattening or erasing an analysis of relations of law and power, and structures of oppression; how law generates an attachment by relevant community members to a kind of injury recognized by rights-based claims and the identities associated to them, wittingly or unwittingly reinforcing essentialized identity politics; and how it privileges precedent, causation, individualized harm and other legal values over critiques of power structures, imposing a binary logic of winners and losers on the more radical, democratic, and richer debates and approaches to socio-legal change embraced by movement actors outside of the legal context. This literature also explains how legal practices and structures facilitate the rise of elites such as lawyers and other “experts” to the position of leaders who then shape the movement’s goals in place of the expertise and goals of grass-roots movement leaders; and, finally, it shows how legal language and discourse favors an uncritical assessment of the kind of victories that law can deliver, thereby obscuring the processes by which strategies of redress can become technologies of domination.

Given this summary diagnosis, there is space to ask: Should Palestinians uncritically embrace legalism as their only or their main strategy for emancipation? By which logic does our claim for the liberation of human subjects becomes a discursive strategy for legal recognition? How does legality constrain our political aspirations and make us want what it promises but cannot deliver? What is the nature of the relationship between desire and law? How do law and its productive and legitimizing powers bring us to desire, with such a force, things (rights, institutions, regulations, statuses) that are not only different from our original political claims, but that very often subvert them or are the exactly opposite of them?

Take the example of Palestinian statehood, the obsessive insistence of the PA on being recognized as a State, and the astonishing number of ordinary people and political movements who fervently support this strategy which is, again, eminently legalistic without necessarily changing anything meaningful on the ground. The obsessive desire for statehood evidently has led Palestinians not only to be ready to accept something different from what they fought for (pseudo statehood rather than emancipation), but the state that they are negotiating seems to be the exact opposite of what they originally wanted. Indeed, the Palestinian national movement was created and sustained by refugees, and it always defined its struggle as a battle not for statehood per se, but for the liberation of Palestine and the return of its people to their land. Everything in the Israeli-Palestinian negotiations indicates that a potential Palestinian state will be built, if ever, on the very renunciation of the right of return. This is exactly the opposite of what Palestinians were fighting for.

We urgently need to seriously engage with the Palestinian movement’s turn to law and its potential consequences for political emancipation. But the point should not be misunderstood. I tend to agree with Gayatri Spivak when she says that rights are something that “we can’t not want.” Between a political order with rights and one without my choice is clear. Thus, the aim of this analysis is not to advocate for a total abandonment of law and rights, but rather to continue a necessary debate on the paradoxes, ambiguities, and traps that law offers, so that Palestinian “strategies of emancipation” do not become “technologies of domination.”

[2] The PA has almost obsessively resorted to law to justify its actions and advance its policies; it has also used legal language to legitimate its authoritarian practices, and has created legal organs (i.e. Palestinian constitutional court) to consolidate its political hegemony.

Emilio Dabed is the 2015-2016 Palestine and Law Fellow at Columbia University’s Center for Palestine Studies. In previous years he taught in the International Law and Human Rights Program at Al-Quds/Bard College, Jerusalem, and he was its Director in 2014-2015.

This piece was originally published on The Nakba Files: the Nakba, the Law and What Lies In Between.