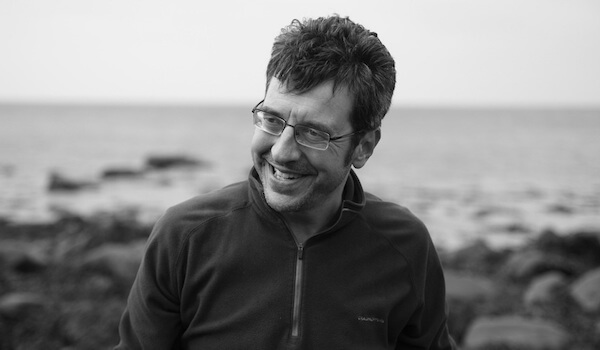 Neoliberalism has stalled, so the fanatics in government are using Brexit to revive it.

At first sight it’s incomprehensible. Why risk everything for a no-deal Brexit? Breaking up their own party, losing their parliamentary majority, dismantling the United Kingdom (1) trashing the economy, triggering shortages of food and medicine (2): how could any objective, for the Conservative and Unionist Party, be worth these costs? What good does it do them?

Yes, some people will benefit. To judge by recent donations to the Conservative party (3), some very rich people approve of Boris Johnson’s policies. A no deal Brexit might favour hedge funds that thrive on uncertainty (4), financiers seeking to short the pound, vulture capitalists hoping to mop up cheap property if markets collapse. But the winners are likely to be greatly outnumbered by the losers, among whom are many powerful commercial interests.

We make a mistake when we assume that money is the main motivation. Our unreformed, corrupt and corrupting political funding system (5) ensures it is an important factor. But what counts above all else is ideology, as ideology successfully pursued is the means to power. You cannot exercise true power over other people unless you can shape the way they think, and shape their behaviour on the basis of that thought. The long-term interests of ideology differ from the short-term interests of politics.

This, I believe, is the key to understanding what is happening today. The Brexit ultras in government are not just Brexit ultras. They are neoliberal ultras, and Brexit is a highly effective means of promoting this failed ideology. It’s the ultimate shock doctrine (6), using a public emergency to push through policies that wouldn’t be accepted in ordinary times. Whether they really want no deal or not, the threat of it creates the political space in which they can apply their ideas.

Neoliberalism (7) is the ideology developed by people such as Friedrich Hayek and Milton Friedman. It is not just a set of free market ideas, but a focused discipline, deliberately applied around the world. It treats competition as humanity’s defining characteristic, sees citizens as consumers and “the market” as society’s organising principle. The market, it claims, sorts us into a natural hierarchy of winners and losers. Any attempt by politics to intervene disrupts the discovery of this natural order.

It was embraced by Margaret Thatcher, Ronald Reagan and most subsequent governments. They sought to implement the doctrine by cutting taxes, privatising and outsourcing public services, slashing public protections, crushing trade unions and creating markets where markets did not exist before. The doctrine was imposed by central banks, the IMF, the Maastricht Treaty and the World Trade Organisation. By shutting down political choice, governments and international bodies created a kind of totalitarian capitalism.

It has failed on its own terms, and in many other ways. Far from creating general prosperity, as it promised, growth has been significantly slower in the neoliberal era than it was in preceding decades, and most of its fruits have been gathered by the rich (8).Far from stimulating an enterprise economy, it has created a gilded age for rent-seekers (9). Far from eliminating bureaucracy, it has created a Kafkaesque system (10) of mad diktats and stifling control. It has fomented ecological, social, political, economic and financial crises, culminating in the 2008 crash. Yet, perhaps because its opponents have failed to produce a new, compelling story of their own (11), it still dominates our lives.

Unsurprisingly, people have reacted to the closure of political choice and the multiple disasters it caused. But because neoliberalism, in broad terms, was adopted not only by the right, but also by the Democrats, New Labour and similar parties, there were few places to turn. Many people responded with nationalism and nativism. The new politics, that Boris Johnson’s government represents, incorporates both neoliberalism and the reaction to neoliberalism. The glitter-eyed essentialists on the frontbenches – such as Dominic Raab, Liz Truss and Sajid Javid – still seek to implement the ideology in its most extreme forms. The opportunists, such as Johnson, Michael Gove and Priti Patel, appeal to those who seek scapegoats for the disasters it has created.

Boris Johnson uses neoliberal framing to justify his attacks on public safety. He wants to pull down environmental standards (12), create free ports in which businesses can avoid tax and regulation (13),and strike a rapid trade deal with the United States that is likely to rip down animal welfare rules (14) and threaten the survival of the NHS (15).

He rages against red tape (16), but the real red tape is created by the international trade treaties he favours, that render democratic change almost impossible, through rules that protect capital against popular challenge, and shift decision making away from parliaments and into unaccountable offshore courts (“investor-state dispute settlement”) (17). This explains the enthusiasm among some on the left for Brexit: a belief that escaping from the EU means escaping from coercive trade instruments. In reality, it exposes us to something even worse, as the UK enters negotiations with the US, holding a begging bowl.

Now, as the professor of political economy Abby Innes argues (18), neoliberalism has reached its Brezhnev phase: “ossification, self-dealing, and directionless political churn”. Like Leninism, neoliberalism claims to be an infallible science. Its collision with the complexities of the real world has caused political sclerosis of the kind that characterised the decline of Soviet communism. As a result, “the only way to complete this revolution today is under cover of other projects: Brexit is ideal.”

The creation of emergency is the inevitable destination of an absolutist, failed system. But emergency also provides the last means by which the failed system can be defended and extended.