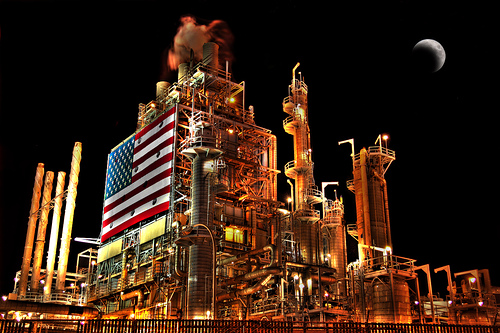 “Cooperating with Iran’s energy industry” is not the sole reason for the U.S. decision to impose sanctions on Venezuela’s state oil company.

VENEZUELA has become the latest country to be put under economic sanctions by the United States for doing business with Iran. In the last week of May, the Barack Obama administration announced that it was imposing sanctions on Venezuela’s state oil company Petróleos de Venezuela, S.A. (PDVSA) “for cooperating with Iran’s energy industry”.

The U.S. State Department spokesman said dealings with Iran’s oil industry violated the Iran Sanctions Act enacted by the U.S. Congress way back in 1996. “We are sending a clear message to companies around the world. Those who continue to irresponsibly support Iran’s energy sector or help facilitate Iran’s efforts to evade U.S. sanctions will face significant consequences,” said the U.S. Deputy Secretary of State, James Steinberg.

The Iran Sanctions Act, which goes much beyond the sanctions mandated by the United Nations Security Council on Iran, is similar to the Helms-Burton Act, which penalises countries trading with Cuba. In 2010, President Obama further toughened the Iran Sanctions Act, penalising firms that supplied refined gasoline to Iran. Although Iran exports huge amounts of crude, it faces a gasoline crunch owing to the sanctions imposed by the West on the country since the Islamic Revolution of 1979. Refineries that were due for upgradation decades ago are in a decrepit state because of the inability to access essential spare parts and machinery.