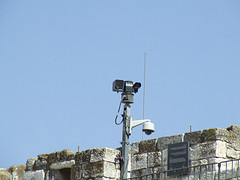 An investigation into NGO Monitor’s participation in the de-funding of Canadian human rights organizations Kairos and Alternatives.

At the end of August 2009, an Israeli-based non-governmental organization (NGO) called NGO Monitor wrote a letter to the Canadian Parliamentary Committee to Combat Anti-Semitism (CPCCA) identifying 33 Canadian organizations that exemplified “the emergence of an anti-Semitic global movement”. This list included smaller organizations, such as Alternatives and the Canadian Arab Federation, as well as larger ones like Oxfam-Quebec and World Vision Canada. Unfortunately for many of the organizations listed, the weight of NGO Monitor’s influence likely played a role in the federal government’s decision— via the Canadian International Development Agency (CIDA)— to in some cases delay renewal of long-standing subsidies and in others cut funding altogether.

NGO Monitor was created in response to the UN World Conference on Racism of 2001 in Durban, South Africa. President of NGO Monitor, Gerald Steinberg, explained in a conference held by the Jerusalem Centre for Public Affairs (JCPA) that NGOs, especially at Durban, “use the legal system around the world to promote their political agenda – the isolation of Israel through these cases and the branding of Israel as a war criminal”.

As an NGO itself, NGO Monitor is less constrained in this debate than most. Since it is privately funded, it is free of public funding regulations. In his 2005 article “Monitoring the Monitor”, Jewish writer and critic of NGO Monitor Leonard Fein writes that NGO Monitor is “an organization that believes that the best way to defend Israel is to condemn anyone who criticizes it… all NGOs— NGO Monitor no less than Human Rights Watch— have an agenda” and none of them are beyond criticism. NGO Monitor’s agenda is formed in part by its mother organization, the JCPA, and in part by its donors, who are primarily American family foundations. Dore Gold, President of the JCPA, is the former advisor to Ariel Sharon and Binyamin Netanyahu (1st office). He has refuted calling Palestine “occupied” and is, in direct conflict with United States policy, a defender of Israeli settlements.

United Nations Resolution 242, which calls for an abandonment of the “territories occupied” in 1967 has expanded into further condemnations of Israel under international law. In response to these accusations, the JCPA “seeks to present Israel’s case” against the international legal criticism of Israel, or “lawfare,” which NGO Monitor says is “the exploitation of courts in democratic countries in order to harass Israeli officials with civil lawsuits and criminal investigations for "war crimes," "crimes against humanity," and other alleged violations of international law”.

NGO Monitor wishes to debate with NGOs and welcomes them to the discussion, as explained in this statement sent to this journalist upon request for an interview. Managing Editor Naftali Belanson specified that this statement be placed in full:

Free speech, along with transparency and accountability, are key elements for a functioning democracy. To promote the informed debate and discussion that are essential to democracy and pluralism, NGO Monitor provides documented information on the activities and funding processes for powerful NGOs. While not taking a position on specific legislation or procedures, NGO Monitor generally supports initiatives that increase transparency and accountability in government funding processes. Attempts to portray our well-documented and detailed research as a threat to free speech are themselves an effort to block free speech and democratic debate, while diverting attention from the substance of NGO Monitor’s analyses.

Otherwise put, NGO Monitor conducts content analysis of the websites and public reports of publicly-funded NGOs and submits the reports of their findings to governments. They do not take positions on “specific legislation or procedure”, i.e. international law or regulations placed on NGOs within their own region. Instead, they support “initiatives to increase transparency and accountability in government funding processes”. Initiatives have thus far included the August 2009 submission to the CPCCA, an oft-updated list of NGOs who criticize Israel on NGO Monitor’s website and advocacy through private lobbying.

Gerald Steinberg stressed a willingness for an open debate with NGOs when he said: “We do not claim and our agenda is not to prevent NGOs from functioning or to undermine the important role that many NGOs do play in civil society, but we do think that it is important to present ethical and moral principles – nobody gets a free ride.” In Canada at least, the contrary is the rule. NGO Monitor’s criticism of specific NGOs and their subsequent demands that CIDA stop supporting these NGOs infers a willful attempt to incapacitate.

The first and most publicized funding cut by CIDA was KAIROS Canada, a social justice organization comprised of 11 church groups, including the Anglican, Mennonite, and United Churches of Canada. Minister of International Cooperation Bev Oda, who made the final decision to deny KAIROS’ request for funding of $7.1 million over the next 4 years, said of the cut in funding after 35 years of steady subsidization, “tough choices will have to be made”.

KAIROS has opposed the Canadian government on Albertan oil sands development, the Colombian free trade agreement, and its support for Israel’s 2008-9 assault on Gaza. NGO Monitor did not feel it necessary to include KAIROS in the 2009 CPCCA submission, but there is an extensive report on the Christian organization’s “demonization” of Israel on NGO Monitor’s website.

Gerry Barr, President and CEO of the Canadian Council for International Co-operation (CCIC), which represents over 100 NGOs, said that “KAIROS will just be the first of many rights advocates who when their turn comes will receive their phone call about their lack of fit. Only the silent will qualify.” Critics of the decision to cut KAIROS’ funding have also come from the opposition. NDP Leader Jack Layton said this of the funding cut: “It’s reprehensible. It reminds me of the things we used to see from the Harris government.”

CPCCA member and Liberal MP Bob Rae called the decision by the Conservative Government “truly shocking.” NDP MP Ed Broadbent said this of the Harper government’s policies of cutting the funding of human rights NGOs: “They are bringing what can only be described, it seems to me, as Middle East politics, directly into the heart of the centre. Never was there such interference before.”

In a speech in Israel for the Global Forum for Combating Anti-Semitism, Jason Kenney, Minister of Immigration and ex-officio member of the CPCCA, defended the decision on KAIROS when he said: “We have de-funded organizations, most recently like KAIROS, who are taking a leadership roll in the boycott.” KAIROS has denied participation in the Boycott Divestment and Sanctions campaign and Kenney has provided no proof for his claim.

At the 2009 anti-Semitism conference in Israel, Kenney, a devout Christian, also spoke of the growth of anti-Zionism as a new form of anti-Semitism. He called it “even more dangerous than the old European anti-Semitism". In response, Mary Corkery, Executive Director of KAIROS, said to the Toronto Star: "You cannot label someone anti-Semitic because they criticize a government." She has been vocal in her criticism of the government’s “outrageous” decision.

According to Kenney, another reason that KAIROS was de-funded was their support of a Christian-Palestinian NGO called Sabeel, who he said “employs anti-Semitic themes and imagery”. On their website, Sabeel writes that it “does not think anyone, Jews or Palestinians have a particular vocation of suffering or should be stateless”. Despite believing in a two-state solution, Sabeel— with advice from NGO Monitor— has been labeled anti-Semitic by the Conservatives. The NGO Monitor’s report on Sabeel quotes Sabeel’s president, Naim Ateek, as saying: "Israel is creating Bantustans (homelands, reservations) for the Palestinians and an Israeli form of apartheid that is much worse than what was practiced in South Africa.” The accusation that Israel is creating Bantustans is akin to a statement made in the Guardian on April 19, 2002 by present-day Liberal Leader Michael Ignatieff: "When I looked down at the West Bank, at the settlements like Crusader forts occupying the high ground, at the Israeli security cordon along the Jordan river closing off the Palestinian lands from Jordan, I knew I was not looking down at a state or the beginnings of one, but at a Bantustan, one of those pseudo-states created in the dying years of apartheid to keep the African population under control."

Similarly criticized for being “intensely hostile to Israel”, Alternatives’ CIDA funding was suspended without notice. Alternatives learned of CIDA’s tabled cut through a December 5th, 2009 article in the National Post. Alternatives has received $2.4 million annually from CIDA and is involved in the fight against climate change in Haiti, the rights of women and minorities in Iraq, the access to communication and information technology in the Democratic Republic of Congo, rural development in Afghanistan, and promoting workers rights in Central America, but Alternatives “does not fit with CIDA’s current priorities”.

According to The Jewish Tribune, a Canadian weekly, NGO Monitor broke the story first. NGO Monitor’s ability to know this information before taxpayers— and even before Alternatives— is “intriguing,” says Feroz Mehdi, Coordinator for Alternatives International, the umbrella organization that includes Alternatives Montreal and Alternatives Quebec along with eight other Alternatives branches worldwide. Due to the frozen, Alternatives’ Quebec City office was forced to close its doors.

Alternatives and KAIROS have continued to function and are actively seeking alternative forms of funding. “They haven’t stopped us and we’re getting stronger,” says Darren Shore, Communications Officer for Alternatives Montreal. He continues, “We have a membership drive that is already producing results. We are joining forces with civil society organizations in Canada to push back against the repressive policies of the federal government. We will continue to encourage participatory citizenship with our events, including the Journées Alternatives and the World Education Forum in Israel/Palestine.”

Joel Balsam is an Alternatives intern and student journalist on Concordia Univeristy’s The Link.