Home > English > NEWS AND ANALYSIS > Modi Government: The Proverbial Snake with a Frog Stuck in its (...) 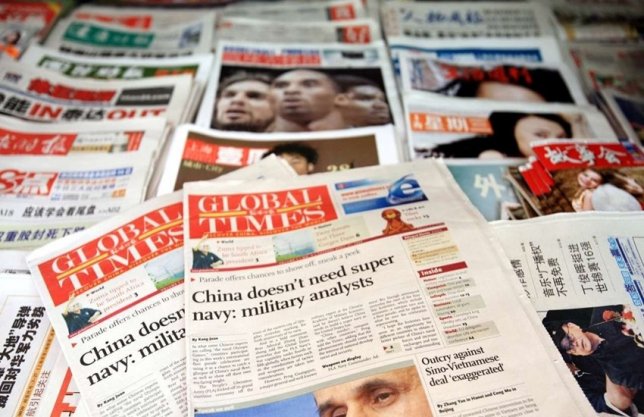 Modi Government: The Proverbial Snake with a Frog Stuck in its Throat

India’s prime minister Narendra Modi seems to have taken on something that he can neither chew and gulp down, nor disgorge. The recent confrontation with China at the ambiguously demarcated LAC (Line of Actual Control) has led to a stuck- in- the throat situation for India. The face off between Indian and Chinese soldiers at the LAC has ended up in results that have reduced India to the humiliating position of a subordinate fighter in the contest - with the loss of lives of some twenty jawans and senior army personnel. What is more mortifying is the fact (confirmed by Indian Army sources) that most of these jawans did not die fighting, but fell down a steep slope after being chased by the Chinese soldiers and got drowned in the Galwan river, or died due to exposure to sub-zero temperatures. Added to the injury is the insult that the Chinese inflicted on Indians by demonstrating their condescending gesture of releasing ten Indian army soldiers and senior officers whom they had captured during the face off.

In order to counter the Chinese, the Indian media are coming up with reports about the killing of more than forty Chinese soldiers by Indian `jawans.’ China in its official statement till now has confirmed the loss of only two of its army personnel in the recent clash. As we know that truth is the first casualty in a war situation, we cannot believe either of the two contending states. In the midst of this debate over the number of people killed as sacrificial goats on both sides of the border in a futile battle over a territory where `no blade of grass grows’ (to quote Nehru), New Delhi’s mainstream TV channels like Times India and Republic are circulating a video clip that shows some men in uniform pushing back some others. There is no way of identifying who they are. The visuals in the video clip are accompanied by audio voices like `Maro, maro’ - supposedly shouted by Indian soldiers to attack the Chinese. But at the end of the presentation, the viewers are shown two tiny subtitles - `undated’ and `unverified.’ In order to escape prosecution for propagating fake news, the anchors of these TV channels seek to protect themselves by resorting to this device. But the audio-visuals all the same have an impact on the people by whipping up a hyper-patriotic frenzy that is intended to be roused by the ruling BJP government.

However, in its efforts to rouse this jingoism, the Modi government is tying up itself in contradictory positions. On June 19, at a meeting with leaders of Indian Opposition parties, Prime Minister Narendra Modi made a faux pas when he made the loud claim: “Na koi hamari seema mein ghusaaaya hai…” (No one has intruded into our territory). Yet, only a few weeks ago, his defence minister, Rajnath Singh said (on June 2) that Chinese soldiers had come in “at good numbers” at LAC in Ladakh. Quite predictably, the Opposition parties are challenging Modi to come out with the truth about the ground reality - whether the Chinese are still occupying territories claimed by India as its own.

Even the latest meeting between the Chinese and Indian army commanders (on June 22 - incidentally held at Moldo, which is on the Chinese side of the LAC ), has not yielded any result that favours India’s demand for the total withdrawal of Chinese forces from entire Galwan and other areas which India claims to be its own.

The stark question that the Modi government has to face is whether India is militarily equipped enough to dislodge the Chinese soldiers who are in possession of the disputed areas along the LAC. The Indian soldiers complain about the insufficiency of protective gear in the mountainous terrain that they are required to defend, and the lack of proper supply lines to transport troops and equipment. The poor state of roads on the Indian side was evident on June 22 (curiously enough, the same day when talks were being held between the army commanders of the two states) when a crucial bridge in the northern state of Uttarakhand leading to the China border crashed down under the pressure of a truck that was carrying machinery. Ironically again, the machinery was meant to be used for the construction of a road leading up to the China border in the mountainous Johar valley!

But beyond the military confrontation at the LAC, there are other challenges that India is facing in its commercial relations with China. Despite all the official rhetoric of banning Chinese goods by the Modi government’s ministers (one of them even going to the extent of boycotting Chinese food, being ignorant of the fact that the popular Chinese cuisine served in Indian restaurants are cooked by Indians), the ground reality in the field of trade is as disadvantageous for India, as in the military terrain of Ladakh. India’s dependence on China for the import of essential goods in certain sectors, is far too great to allow Indian industrial houses to shake off their ties with China, and overnight change into Modi’s economic model of `Atmanirbharata’ or self-reliance.

Let us start with a few facts. It is ironical that Indian soldiers when fighting the Chinese, have to depend on protective gear and bullet proof jackets, which are made available to them thanks to the Chinese. These jackets are made by a concern called the Original Equipment Manufacturers (OEMs) which use raw materials supplied from China. The main component of these jackets is what is known as High Performance Polythylene, which is imported from China. (Re: Indian Express, June 21, 2020 and Economic Times, June 22, 2020).

What is even more crucial for India’s medical infrastructure is its dependence on the supply of raw materials from China for its pharmaceutical industry. Some sixty eight percent of ACPs (Active Pharmaceutical Ingredients) needed for manufacturing medicines in India comes from China. (Re: Times of India, June 23, 2020). An embargo on trade with China - as being demanded by the BJP ministers and their cohorts - will cripple India’s pharmaceutical industry and choke the supply of medicines for the common people.

The jingoist demand for boycotting anything originating from China have upset India’s sports circles. They depend on China for table tennis balls, shuttle cocks, badminton and tennis racquets, javelins, boxing headgears, among many other sportswear.

In a slightly lighter vein, one may ask - what will be the fate of Kung Fu in India - the Chinese martial art that Indians have adopted as a physical exercise and which has become a part of their households, and women especially for self-protection? Will the Modi government ban its practice because of its Chinese origins and associations?