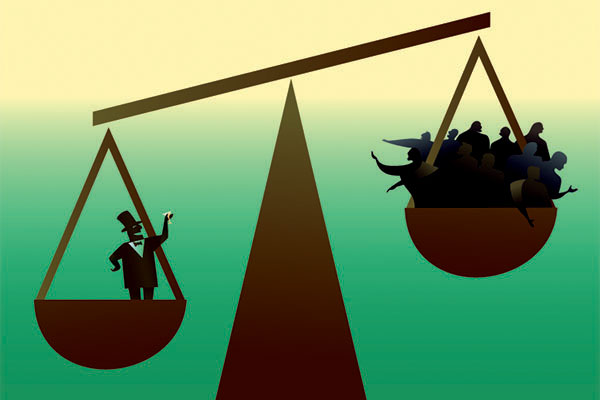 In a recent article published in Finance and Development, an International Monetary Fund magazine, three economists have critically evaluated the policies the IMF promotes. They acknowledge evidence that suggests that economic growth under neo-liberalism is difficult to sustain, that it leads to an increase in inequality, and that continuing inequality is harmful for sustainable (or continuing) growth.

A group of three economists in the International Monetary Fund’s (IMF) research department have written a joint paper criticising some key aspects of IMF’s creed of neo-liberalism. Since it is only “some” aspects that are criticised, it may be more appropriate to call it semi-autocritique. However, the significance of this even less than full-fledged criticism cannot be overstated. It is as significant as it would be if one day, a group of Rashtriya Swayamsevak Sangh ideologues were to write in Organiser that some aspects of Hindutva politics are harmful for the Hindus, or a group of Chinese Communist Party leaders were to write in People’s Daily that some aspects of the party’s programme had harmed the cause of communism.

The paper titled “Neoliberalism: Oversold?” by Jonathan Ostry, Prakash Loungani and Davide Furceri in the June 2016 issue of IMF’s official magazine Finance and Development brings out for the first time the flavour of the internal debates raging at the IMF, and builds upon many well-known criticisms of IMF’s policy paradigms of market fundamentalism that advocates privatisation, deregulation, market liberalisation, and austerity policies.

The acceptance and use of the word “neo-liberalism” by IMF economists is remarkable in itself. The word has been used pejoratively mainly by left-wing critics of the IMF’s and World Bank’s policy paradigm known as the “Washington Consensus” (so named because both organisations are based in Washington and share the ideological framework of free-market capitalism). It proves the point that if a criticism is robust and is carried on consistently, it may be brushed aside as uncomfortable in the beginning but it tends to have a lasting impact in the long run. The authors of the paper in subtitling it as “oversold” seem to be aiming at suggesting that not everything in the IMF policy package is wrong. The abstract of the paper sums up their intent of criticising the overselling of the IMF policy package by referring to only “some” aspects of neo-liberalism: “Instead of delivering growth, some neo-liberal policies have increased inequality, in turn, jeopardising durable expansion” (Ostry et al 2016: 1).

The paper praises the role of increased international trade in reducing poverty and that of increased foreign direct investment in increasing competition and efficiency. The paper then focuses on criticism of neo-liberal agenda on three aspects. One, that the evidence from a broad range of countries suggests that the claim that neo-liberalism always contributes to economic growth is difficult to sustain; two, that even if growth takes place in some countries, it leads to increase in inequality; and third, that continuing inequality is harmful for sustainable (or more appropriately continuing) growth. All these three self-criticisms from the horse’s mouth, so to say, deal a severe blow to the apologists of the neo-liberal agenda.

On the face of it, it might seem like a contradiction that if one aspect of the neo-liberal policy framework, namely, increased international trade, reduces poverty, how can another aspect, namely of economic growth, lead to increase in inequality? The confusion over this apparent contradiction—reduction in absolute level of poverty coexisting with increased inequality—sometimes reaches the top echelons of the decision-making process. A few years ago, the then president of the World Bank James Wolfensohn came for a lecture to Oxford where anti-World Bank students staged a protest against his visit and lecture. One brave young woman even managed to enter the lecture hall in disguise and harangued him by saying that World Bank was contributing to Third World poverty, an accusation that he stubbornly denied. During the question time, I asked him that I would be willing to accept his claim that World Bank and IMF might be genuinely interested in reducing poverty, but that does not invalidate the argument that their policy framework contributes to increase in inequality. My acceptance of the World Bank/IMF claim in being genuinely interested in poverty reduction was based on the understanding that reduction in poverty by expanding market for capitalism is in the interests of capitalism.

In his reply, Wolfensohn said that he was baffled by my argument that reduction in poverty does not necessarily lead to reduction in inequality and suggested that we resolve this matter after the lecture. During the private conversation later on, I clarified that if while absolute poverty is being reduced, but the income of the rich is going up at a rate higher than the rate in reduction of poverty, both the phenomenon, that is, poverty reduction and increase in inequality can coexist. He promised to do more thinking on this and the matter was left at that. It seems that this new confession by IMF economists over the kind of growth promoted by neo-liberalism promotes inequality, is a step forward in recognising the dialectic of modern capitalism where massive increases in the income of the richest strata of society coexists with some modest improvements in the living conditions of the very poor.

That the state needs to intervene through welfare measures to reduce poverty and inequality is also conceded in the IMF paper. Also, unrestrained privatisation promoted by neo-liberalism is criticised and austerity policies pursued by many governments both in the countries of advanced and developing capitalism are considered counterproductive. The counterproductive role of austerity and increasing inequality is recognised purely from the angle of their adverse consequences for economic growth. That having more equal societies might be intrinsically more desirable from a moral point of view is of no concern to the IMF economists. One might conjecture that if empirical evidence were to show that inequalities of various kinds, but especially income and wealth inequalities, were actually conducive to economic growth, the worshippers of economic growth might even argue in favour of increasing inequalities. Additionally, there is no evidence of any rethinking that in this era of global climate change and global warming, there are ecological limits to economic growth if humanity has to be saved.

The positive role of the state in putting restrictions on the easy flow of short-term capital, that is, capital account liberalisation has been generously appreciated in the paper as contributing to reduction in economic volatility and instability. The experience of China and India in experiencing less shocks than the United States and European economies during the financial crisis of 2008 onwards seems to have been recognised as a positive outcome of the limited capital account liberalisation in China and India.

Some Keynesians might jump at this semi-official IMF critique of austerity policies as harming economic growth as a confirmation of their criticism of neo-classical economics and an indirect endorsement of their stimulus-oriented policies for sustaining economic growth. However, any such celebration by ecologically-uninformed Keynesians would be as misguided as the uncritical approach to economic growth by the ecologically-uninformed neo-liberal supporters of austerity (for a further elaboration of this argument, see Singh and Bhusal 2014). A glaring weakness of this otherwise praiseworthy IMF paper on many points remains the absence of recognition of the ecological implication of capitalist economic growth. Another set of sustained criticisms is perhaps necessary to make the IMF policymakers or other uncritical supporters of economic growth aware of the historic need to embed ecological sustainability into any model of economic growth if humanity has to avoid the threatening implications of global warming to our planet.