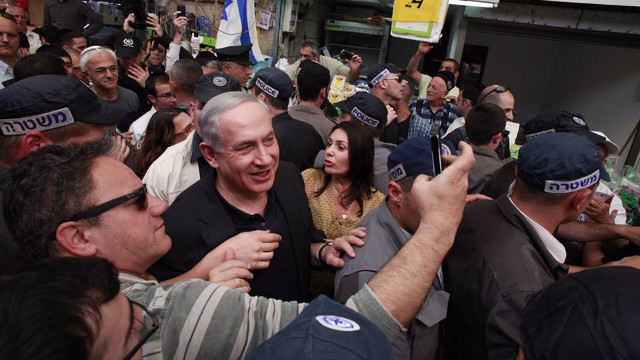 Huge Victory for Netanyahu and the Right

Yesterday’s elections yielded a huge victory for Benjamin Netanyahu and the right in Israel. What we see from the results of the elections for Israel’s 20th Knesset:

1. Israeli people predominantly right-wing: The process of moving to the right which we have witnessed since the 1980’s continues; the right-wing camp again boosted its parliamentary strength.

2. Netanyahu played it out: After being politically buried, Netanyahu succeeded in the past two weeks to not only halt his descent, but to substantially improve his standing within the right, which was also strengthened. The Likud jumped from 18 to 29 mandates, despite the success of the Likud defectors from Kulanu who received ten mandates. This achievement was a the expense of his natural partners: Yisrael Beitenu declined from 13 to six mandates and the Jewish Home from twelve to eight. The prime minister benefited from the willingness of his right-wing competitors to stand by his side so that the Likud would receive more votes than Labour, and thus be in a good opening position to form the next government. There is no doubt that Netanyahu will be the next prime minister of a clearly right-wing government that will continue its policies of the past two decades, at the expense of the Palestinian people, but also at the price of a deepening international isolation of the state of Jews.

3. Centre-left stopped its decline: The Labour party also halted its decline and moved from 21 to 24 mandates at the expense of Meretz, which barely passed the electoral threshold (between 4-6 mandates), and Yesh Atid of the entertainer Yair Lapid. Together the centre-left camp held its strength at 27-28 mandates.

4. Yair Lapid returned to his natural dimensions: The Yesh Atid party of Yair Lapid, which was a surprise in the previous elections when it received, seemingly out of nowhere, 19 mandates, now has 11. A majority of their votes come from the upper-middle class in Tel Aviv, motivated by fear of poor people (including the ultra-orthodox) and the threat to the western-liberal-capitalist character of the state of Israel. If some of Yair Lapid’s voters returned to Labour, a majority of those who left went to Likud, thus strengthening the contention that Yesh Atid is a centre-right and not centre-left party.

5. Success of the Joint List: The Joint List, with its 14 mandates, has become the third largest party in Israel and represents a jump from the 11 mandates previously held by its component parties. This substantial increase is thanks to a decrease in the number of Palestinian citizens who chose not to vote and who, for the first time, could express a united national desire and identity vis-a-vis the Zionist parties. One must hope that this unity will be preserved even after the elections and that the Arab-Palestinian voice will receive appropriate expression in the Knesset, and thus an enhanced struggle on the ground for the national and civil rights of more than 20 percent of Israeli citizens, who are under ongoing attack of their fundamental rights.

Michel Warschawski (Mikado) is an Israeli anti-Zionist activist. He led the Marxist Revolutionary Communist League until its demise in the 1990s, and co-founded the Alternative Information Center.