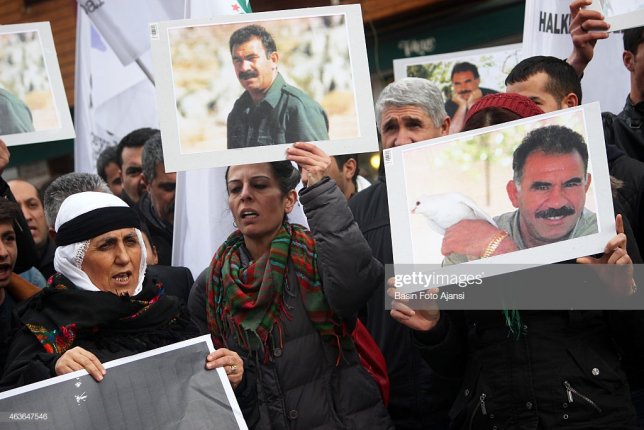 “Human beings are not born once and for all on the day their mothers give birth to them, but … life obliges them over and over again to give birth to themselves.” Gabriel Garcia Marquez, Love in the time of Cholera

Statement on the occasion of Abdullah Öcalan’s 70th birthday

While most of us refer to their own birth with a certain date, referring to the day of their physical birth, Abdullah Öcalan has frequently mentioned that he was born three times. The third birth — after his physical birth and the founding of the organization he is best known for, the Kurdistan Workers’ Party or PKK — is his paradigm shift towards his concept of “democratic civilization”. This rebirth was also, in many different ways, a rebirth for the Kurdish society. On April 4, 2019, Öcalan “celebrates” his 70th birthday.

That is — if we can talk about a celebration at all. He has been in solitary confinement for more than twenty years now. Since 2011, he has not had a consultation with a lawyer; since April 2015, apart from two brief visits from his brother, he has seen no-one from outside of the island prison. Right now, more than 7,000 persons are on hunger strike with the plain and simple demand: to lift Öcalan’s isolation.

After twenty years in prison — he was abducted from Nairobi, Kenya, on February 15, 1999 — Abdullah Öcalan is as present as ever through his ideas, even more so than twenty years ago. He continues to inspire many people, including, but not limited to, countless revolutionaries in Northern Syria or Rojava. The books he wrote in prison have been translated into many languages and are being read around the world. Editions of his texts have been published in places as far away as South Korea and Argentina, India and the USA, South Africa and Iran — not to speak of numerous editions in Europe and the Middle East.

When Öcalan was abducted, imprisoned and sentenced to death, around his 50th birthday, he was already a symbol for the Kurdish rebirth and the Kurdish liberation struggle. Today, at his 70th birthday, he is a symbol for the struggle of women, of oppressed people for liberation and self-determination in the Middle East and beyond. We congratulate the tremendous effort, waged by Abdullah Öcalan behind prison walls and the millions inspired by his ideas and his struggle. This is why today we say:

First Signatories of the International Initiative