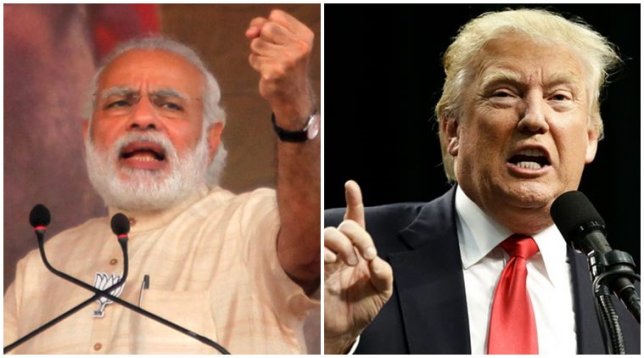 David Ayer’s film «Suicide Squad», which broke box office records, was portrayed by critics as “two hours of soul-sickening confusion and sensory damage.” Its heroes (read: villains) have nothing in common with romantic and “noble” heroes like Zorro who defends the poor against the forces of injustices; or superman , who values his humanity and fights for justice and truth, its heroes are a team of super villains whose mission is to save the world in exchange of lighter prison sentences. And unlike critics who saw it as “a trash”, (“in two words, it’s ugly trash,” says one critic), the audience enjoyed the film which made the biggest opening of the year and grossed more than $700 million outside the USA. After the success of the film, critics and everybody else have had a lesson to remember: ordinary mortals believe that, if the good guys couldn’t save the world, the misfits are ready to take over.

Does this reflect a general mood in the world? That seems to be the case. Take the American recent elections, for instance. There’s been the failure of the media and pollsters to gauge public opinion, as they predicted a victory of Trump’s Democratic opponent. There seems to be much in common between the film and Donald Trump: They’re both criticized by the elites, but both were victorious, the film could sell $ 135 million worth tickets in its opening weekend and Trump won-unexpectedly- the elections.

Not only in the USA, but also all over the world, right-wing populism seems to echo people’s anger and fear: anger at the way political elites turn their back on their problems and fear of the unknown, of the future, extremism, immigrants….. Populist leaders voice those feelings, without digging further into the real causes. They don’t have to. They only need to give easy “answers” to complicated social issues. Most middle and lower classes are severely hit by class disparity, increasing poverty and overt discrimination, and according to polls 72 % of the Americans think that “the American economy is rigged to advantage the rich and powerful” Then how would could then elect “a billionaire of dubious character who has not paid his taxes for 20 years; who lies through his teeth” to be their Savior?

The answer is probably that political elites who blame Trump, the Brexit and the ascending right-wing political parties refuse to learn the lesson: citizens are not going to elect (re-elect) leaders whom they are sure are going to do nothing about their suffering. People “purposely defy traditional politicians and impose punishment in retaliation.” That was achieved through two instruments: the Brexit and Trump. Anger has won the day, says le Monde. Michael Moore, an artist with a vision, predicted the victory of Trump: He would win Moore had said, not because voters necessarily agree with him, because they like "to send a signal to elites in the country about the state of government"

But there is probably another reason: simple ways of communication. Populists of all the political spectrum have new means of communication: easy and direct language, mundane briefings instead of elaborate speeches, an appeal to emotions and feelings instead of deep thinking. We are in an era of “believe your guts,” says the economist.

In fact, with the victory of Trump, the Brexit in Britain, the popularity of Marie Le Pen, the ascent of the Five-Star Movement in Italy, the rise of Austria’s Freedom Party, Europeans, who still remember the 1930s, fear the recurrence of Fascism as, many analysts believe, fascism and populism have common features: an appeal to lower and middle classes, a rejection of cultural values, a demonization of the elites and the use of a simple and shallow rhetoric. And a disdain for democratic tradition.

Though there is no agreed consensus about similarities between populism and fascism as now in west democracies, some believe there are quite strong safeguards (civil society, institutions, political parties..), it is not going to be long before people see how easy to slip from the first to the latter; if social and economic problems are not efficiently addressed and if social justice is not promoted. In the absence of alternatives, it is easy to turn frustration, anger and frustration into revenge from the system.

Before the Tunisian revolution, the populist rhetoric, based on social slogans rather than programs was in vogue. That’s in the absence of a real political life, and the criminalization of political dissent. At that time, weakened political opposition was based on contesting the regime, not on giving alternatives. The change of the regime seemed so far away.

Now, both on the left and on the right, politicians are searching for the path. Left-wing parties’ discourse tries unsuccessfully to combine the ideology with an anti-elitist rhetoric. Criticism of globalization, the liberal economy and the heavy burden of national debt has never been accompanied by a realistic –and credible- vision of how social justice might be shaped.

Right-wing parties when in power, in the wake of the revolution, had no other program but to challenge "the moral bankruptcy" of the old regime while keeping with the same liberal economy, and failing to cut the red tape and end corruption, to handle severe social problems, economic difficulties and deep regional disparities .Such populism has shown limits and the country, with the rise of discontent, terrorism and political assassinations, was on the brink of chaos had not been the national dialogue.

Both types of populism, left and right, have been governed by the culture of protest, a culture that tries to reflect the anger feelings held by the population rather than analyzing the problems faced by the country and giving possible solutions.

And the same as in the west, populists in Tunisia, sometimes, win public opinion through giving false promises: In the 2011 elections, Hashmi Hamdi, a London-based businessman and TV owner won 19 seats in the Constituent Assembly through his unknown Popular Petition, when he based his campaign on the promise that he would create 500 thousand jobs and give free medical care to everybody!!

True, populism is not fascism. But both are perceived as symptoms of structural dysfunction within the democratic system, its failure to provide social development, to solve acute economic problems and to narrow widening gaps between the rich and the poor. In Western countries, fascism is impeded by deeply-rooted institutions. What about a country where democracy is still fragile, transition is limping and institutions are slow to appear?

Messaoud Romdhani is on the Board of Directors of Forum Tunsien pour les Droits Economiques et Sociaux (FTDES), Tunisia. FTDES is a member of Alternatives International.

Other member organizations of Alternatives International: