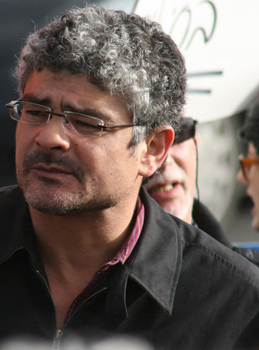 European attempts to preempt a widespread boycott on Israel by highlighting its differentiated relations toward Israel and Israeli policies in the territories it occupied during the 1967 war prompted widespread criticism in Israel and a warm welcome in the Palestinian Liberation Organization (PLO).

On June 30 the European Commission adopted guidelines stipulating that all agreements between Israel and the EU must indicate their inapplicability to the territories occupied by Israel in 1967.

According to the Israeli daily Haaretz, the guidelines, which go into effect on Friday, “require that any agreement or contract signed by an EU country with Israel include a clause stating that the settlements are not part of the State of Israel and therefore are not part of the agreement.”

The main legal ties between Israel and the EU are established by the 1995 Association Agreement and several other agreement covering specific issues.

The EU-Israel Association Agreement, signed in Brussels on 20 November 1995 and entered into force on 1 June 2000, is the legal basis governing relations between Israel and the European Union. The agreement incorporates free trade arrangements for industrial goods, as well as concessionary arrangements for trade in agricultural products.

The June 30 guidelines positing territorial limitations to EU agreements with Israel comply with a clause added in 2005 that customs exemptions do not apply to West Bank and East Jerusalem settlement products. Moreover, according to a statement published Tuesday by the delegation of the European Union to Israel, these guidelines follow the EU position that “Israeli settlements are illegal under international law.”

Deputy EU Ambassador to Israel, Sandra De Waele, said in an interview with Israeli radio Reshet Bet on Tuesday that the guidelines are not a new policy, but a demand to refer explicitly to already existing agreements in any future agreement signed between the EU and Israel.

Israeli analysts, such as Haaretz journalist Barak Ravid, believe that these new guidelines aim to exclude settlements from European relations with Israel in order to preempt a general boycott against Israeli products in Europe.

Moreover, the EU delegation in Tel Aviv explicitly claims that the guidelines aim to ensure that Israeli entities will continue to “enjoy financial support and cooperation with the EU.”

Nonetheless the June 30 guidelines sparked a storm in the Israeli political arena.

Yair Lapid, Israel’s Minister of Finance, claims that such guidelines undermine American efforts to bring Israelis and Palestinians to the negotiating table.

In an interview with Reshet Bet, Lapid noted that “the guidelines signal to the Palestinians that there is no international or economic price to their continued refusal to return to negotiations.”

Additional members of the Israeli government, including Deputy Minister Ofir Akunis (Likud Beitenu), a close ally of Prime Minister Binyamin Netanyahu, see the EU’s guidelines as an unfortunate mistake. Israeli Deputy Foreign Minister Ze’ev Elkin told army radio the Europeans had made a “mistake” and that the directive would undermine any return to peace talks with the Palestinians.

Similarly, head of the opposition, Shelly Yacimovich (Labour) said that “it is unfortunate that, rather than help the US in their efforts to renew peace talks, the EU “focuses on boycotts and sanctions.”

Right wing members of the government expressed outrage at the EU guidelines. “This is a decision marked with racism and discrimination against the Jewish people that is reminiscent of boycotts against Jews from over 66 years ago,” Housing and Construction Minister Uri Ariel said. Ariel called on the government not to sign any future agreements which include an article that “Judea and Samaria” (West Bank) are not part of the sovereign state of Israel.

The Israeli government published no official reaction to the new guidelines, but is holding a discussion on the subject this evening.

The Palestine Liberation Organisation welcomed the European Union guidelines, describing them as a “significant move.”

PLO Executive Committee member Hanan Ashrawi said in a statement that “We welcome this significant move that calls for all EU projects to be conducted within pre-1967 lines and not in East Jerusalem, the West Bank or Golan Heights.”

“The EU has moved from the level of statements, declarations and denunciations to effective policy decisions and concrete steps which constitute a qualitative shift that will have a positive impact on the chances of peace,” said Ashrawi.

“The Israeli occupation must be held to account, and Israel must comply with international and humanitarian law and the requirements for justice and peace,” she stressed.

* This article was published by The Alternative Information Center (AIC)