Home > English > NEWS AND ANALYSIS > Democracy in Peril: The Rise of Authoritarianism and the Advent of (...) 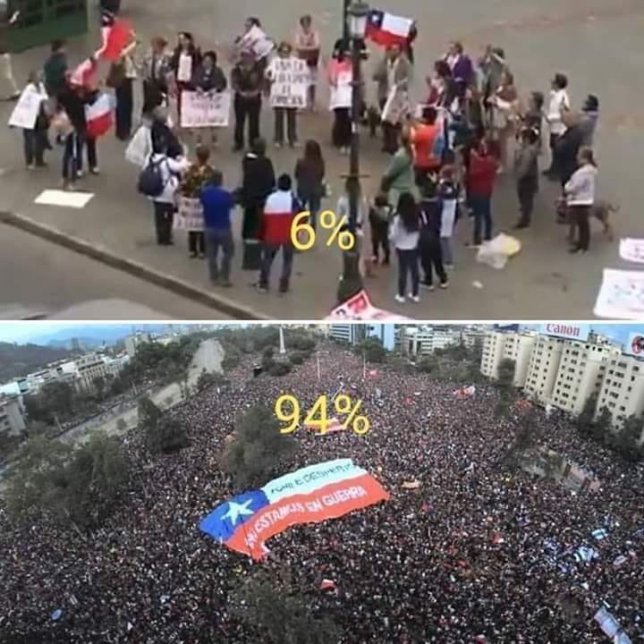 Democracy in Peril: The Rise of Authoritarianism and the Advent of Neo-Fascism

This is the third article in the series of four, the first two were published in the December 2019 and January 2020 issues of the AIJ.

As we entered the New Year we were witness to a series of massive demonstrations around the world (the yellow vests in France, students and workers in Chili, workers in Lebanon, Iraq etc that had as their common theme, the rise of the cost of living attributed to low wages, high cost of energy, food costs that has skyrocketed, the claw back of services and the freezing of retirement pensions. Of course there were much more reasons for the protests but over all the working class and the lower strata of the middle class had seen their dreams for a good and better future for their children collapse.

The austerity programs imposed by the so called social state which led to cuts backs in all social services under the guise of reducing the debt, were actually put in place to guarantee the rise of profits for the capitalist class. A debt that was incurred by the profit mongers of this world, not a debt incurred by the working class, the working poor and the lower strata of the Middle Class. Liberal capitalist democracy proved once again that these policies were put in place to defend the 1%.

We must never forget that liberal democracy is a product of capitalism and invented by a class that needed a governable instrument in order to manipulate the working people. When we mention the capitalist nation-state we must mention the role played by a so-called liberal democracy put in place to govern and maintain the structure of exploitation needed to secure profits for the capitalist class. To hear the capitalist class voice out loud that they are true democrats and will always defend the democratic principal, is to hear a discourse of hypocrisy. George Soros under the guise of giving the people a true democracy is actually the principal spokesperson of this hypocritical democracy.

People are not demonstrating in the streets around the world because they believe that the capitalist system and its phony democracy are great. People around the world now see and understand that they have nothing to expect from this corrupt system of war and imperialism and that system change is necessary.

However the capitalist class is reading the same situations around the world and understanding that their liberal democracy has not fulfilled as in the past its role by instituting certain reforms that result in developing an alienation process to control the popular masses. Antonio Gramsci has always advocated for the left the need of understanding the role of the popular masses in capitalism and the struggle against the capitalist class who want to maintain their control over the popular masses, to maintain their power. This for Gramsci is the essence of class struggle under capitalism. The imposition of austerity has demonstrated that liberal democracy is an instrument of oppression under the guise of advancing freedom.

The revolt that we are witnessing against a refusal of the capitalist class to address concrete and progressive solutions of the ecological disaster that is climate change has added to the disenchantment towards capitalist liberal democracy. Revolt and resistance has become the order of the day. The movement has started and will only expand in the future. Therefore the question remains for the capitalist class is how to oppose these revolts, beyond the use of direct force, in order to maintain the semblance of liberal democracy.

We are also witnessing the return of authoritarianism put in place by leaders who have used to their advantage liberal democratic elections to ultimately govern with an iron fist. Donald Trump’s authoritarianism as President of the United States has paved the way for other leaders to mount the ladder of power only to impose their form of authoritarianism. Erdogan in Turkey, Bolsonaro in Brasil, the rise Guiado in Venezeula are only some among the many who have followed this path to power or eventual power.

If we take as an example the regime of Erdogan who once elected saw his administration being criticized by the same reformers who had voted for him because of the lack of transparency, the rise of radical Islam, the use of arbitrary force, responded with the rule of oppression against the reformers. This under the concocted idea by Erdogan of an apprehended Coup d’état, which resulted in incarcerating 10,000 citizens, a removal of hundreds of military officers, and the death of hundreds of so-called opponents of the regime.

The best example of authoritarian rule is the regime put in place by Vladimir Putin. Under Putin authoritarianism showed quite clearly how it can slide very quickly towards neo-fascism, which we see is the case today. Fascist totalitarian rule is enforced in present day Russia. Putin in the last few weeks has prepared a constitutional strategy that will keep him in a position from which he can exercise control over the Duma, the Prime Minister and the President of the country. He will after he leaves the office of the presidency, become the fascist dictator in the shadows. The hypocrisy of this strategy will be put to a referendum for the people to consolidate the constitutional changes. We have seen in the past how certain leaders (Argentina) have used the constitution to manipulate power. Putin has refined it and has by the same token solidified his fascist rule.

An example that will surely be used by other authoritarian leaders in Hungary, Rumania, Poland, and even in France with the renewal of Mme Le Pen. Therefore we are seeing a series of authoritarian states that are moving slowly towards neo fascism. Even in Italy we are witnessing the resurgence of neo fascism. Nationalism has become the order of the day for many countries. Nationalist can easily lead to authoritarianism and eventually depending on the conditions lead to neo-fascism.

Liberal democracy is in peril, because the international capitalist class either cannot solve or do not want to solve the persistent problems that are there today due to a concentration of wealth and power. The capitalist class as in the past when there power is put in doubt because of their rejection of radical reforms to help the popular masses, must turn to the most radical elements of the capitalist class who in turn call upon the extremist right wing groups to come to the aid of capitalism.

As mentioned before we have witnessed this in the past, but now we are living it in the present. The advent of neo fascism is upon us. We can see this rise on the horizon. Within the present context of a rivalry towards a new world order, the rise of neo-fascism is necessary for the rival capitalist class to strengthen their position at home in order to defend their interests abroad.

The question for the left and especially the radical left is “what is to be done”? Taking a few lessons from history the left and the radical left must make the popular masses aware of this eminent and present danger that hangs over us. The Left and radical Left must include in their discourse of social change the element of the advent of neo-fascism. But we must also start on the international scale the need for a worldwide anti-fascist united front.

Yet within this united front, the left principally, while defending the need for a return to democracy, must also show that the real ultimate solution is system change.

In other words, the solution of socialism and especially eco-socialism must on the one hand explained as the solution for the future within the context of the 21st century.