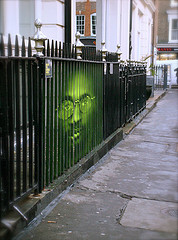 Troy Anthony Davis was killed by lethal injection by the state of Georgia at At 11:08 p.m. EDT last night, despite widespread doubts about his guilt. The execution occurred shortly after the U.S. Supreme Court declined to stop the execution. Democracy Now! was the only news outlet to continuously broadcast live from the prison grounds last night where hundreds of supporters Troy Davis held an all-day vigil in Jackson, Ga.