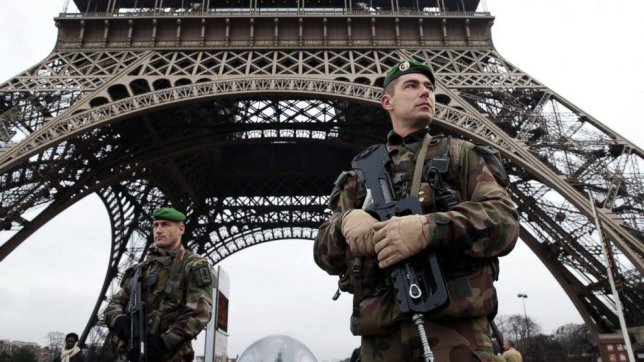 Crises in France: the left’s response

The people of France have been confronted with multiple challenges lately: while the migrant crisis and the situation in Calais is ongoing, Paris was a target of a terror attack in November last year. In December, the Paris Climate Conference, COP21, took place in Paris Le-Bourget while the city was under the state of emergency. To find out about how the French Left responded to the situation, I spoke with Bernard Dreano over the phone. Bernard Dreano is Chair of CEDETIM (Centre d’études et d’initiatives de solidarité internationale) and a co-founder of the Helsinki Citizens Assembly international network (HCA).

What was the French Left’s response to the state of emergency declared after the Paris attacks?

Then we had the development of the constitutional reform which would have put the state of emergency into the constitution. The background to this is quite complicated, but to sum it up, in France, we have 3 statutes. The first is the state of siege, which means military rule (this is never applied). Then we have Article 16, which grants full power to the president and which was used only one time by De Gaulle during the Algerian War. Finally there is the state of emergency, which has existed since 1955 which was used during the struggle for liberation in Algeria. It has been used very few times in France since 1955, generally in the way of symbolic action, like in 2005 during the riots in the banlieues, and in New Caledonia, which is a long story of colonialism.

But this time, the state of emergency was extended, and alongside putting the state of emergency in the constitution, the ruling party wanted to insert an article about “decheance de nationalite” in the constitution, which would effectively suppress the nationality of someone accused of terrorist behavior and which would apply to individuals with dual citizenship. The left of the left reacted against this, as well as significant numbers of MPs from the Socialist Party and conservative MPs. But, the majority of MPs nevertheless stood for it.

What was the Left’s reaction to COP21? How did the state of emergency impact the mobilizations that were planned around the conference?

There was a lot of mobilization within society around COP21— there was a movement called Alternativa, which organized 400 events all around France to discuss alternatives in terms of production, consumption, etc. In addition, there was a relatively important coalition organized to express the voice of civil society during COP21, Coalition Climat. Coalition Climat was a very broad coalition, but it was not big enough in terms of the number of people involved in activities.

No political parties were involved (formally) in the Coalition Climat. If you look carefully at who was involved in the Coalition and developing it, there were many leftist activists and people involved in the ‘alterglobalist’ movement. The Coalition also involved some trade unions, including the reformist trade unions, and a lot of grassroots organizations. This made for a very interesting and broad Coalition, but the political Left did not form its backbone. For example, the Green Party, which is supposed to be at the forefront of such a subject, was not active. There was a big dispute within the Green Party about whether the party should have participated in the Coalition or not. This debate was a characteristically party politics debate, and as such, paralyzed the party when it came to the question of participation.

Right after the attacks and the declaration of the state of emergency, the government forbade all public activities and demonstrations, not only because they considered mobilizations to be possible sites for more terrorist attacks, but because they would require police to divert resources away from protecting the COP21 conference. The government was divided on this, and the Coalition Climat leaders pressured for the continuation of demonstrations. In the end, some demonstrations did take place, but not as many as were planned. If the state of emergency was not declared after the attacks, the number of people participating in initiatives parallel to COP21 would have been bigger, but not by much. While some interesting events did end up taking place in Montreuil during the Climate Forum, most of the participation was international… there was much less French participation than there should have been.

After COP21, it was decided that the Coalition Climat should not carry on. Part of its membership is already preparing for COP22: there is actually already a French committee for COP22. But the broad coalition as such, is not active.

Was the Coalition Climat successful in linking climate justice to other problems, like issues of social and economic inequity?

The Coalition Climat as such was a very broad coalition and focused primarily on COP21, but there was some attempt to mobilize on the basis of other socioeconomic issues. There were some appeals from leaders in the banlieues to mobilize, which, had the calls been more robust, would have symbolized the Coalition’s linking of climate justice with French inequity in the banlieues. But practically speaking, very few things happened to demonstrate the Coalition was thinking about other social issues. Questions of social issues like unemployment were treated very abstractly, not practically.

Let’s take the inequity in the banlieues as an example. COP21 took place in the northeast of Paris, in the middle of one of the most popular, prosperous neighbourhoods in Paris. And the Coalition Climat was taking place in Montreuil, which is in the same part of the city. But the local groups in Montreuil, as far as they exist, were not really involved; they were really only represented to a very small extent. Local communities were not very involved in the civil society mobilization organized in the cities. There was actually much more work done in small towns and in the countryside by the Alternativa network.

To give you one more example — we had a debate about the effects of climate change in the Climate Forum in Montreuil. Montreuil is known as the third city of Mali — many Malian migrants live in Montreuil. With thousands of Malian people in Montreuil and the Climate Forum taking place in their town, there was not much Malian representation in the debates. They were not there. That’s just one example among others. This was a fault of the Coalition’s lack of political backbone, but it also shows the weakness of the movement in terms of being rooted in parts of society.

What was the French Left’s response to the migration crisis?

With this issue, once again, we see the weakness of the French Left today. On paper, the Left, not including the centre-left Socialist Party (the Socialist Party’s leadership has a very strong anti-migrant attitude), is supposed to be pro-migrant, but there are very few mobilizations organized to demonstrate this. France has accepted 10,000 syrian refugees. 10,000 is the total for the whole five year period. But France opened its door to elites, not to the ordinary or working class people at all. And that’s just an example with regard to the Syrian question. But of course it’s the same thing for everything.

You have the infamous issue of Calais; all these migrants are coming to France because they want to get to the UK and they are blocked in Calais. It has been a scandal for 3 or 4 years now. The policies of the French government, both Sarkozy as well as Hollande, have categorically denied to take action in Calais. Their attitude is basically: “we cannot do anything because if we do something, if we create an official refugee camp, it will generate an appeal and more migrants will come.” It’s basically just a continuing catastrophe.

Locally, there are extraordinary people mobilizing to support the migrants in Calais, but then there are more and more anti-migrant demonstrations going on as well. Nevertheless, the Calais locals are generally doing a good job, a bit like the population of Lampedusa. But the local activists are mobilizing without the support of, and actually in defiance of, the authorities, the Socialist Party, and the centre left. So while the Left has a (formally) good position on migrants, but they are not developing concrete activities.

Is there any hope for a rejuvenated, unified French left in the near future?

I think that it’s going to be complicated for the French left in the coming months, and I hope that in the coming year the situation will improve. Most likely, the right wing will win the upcoming presidential election. Some people think it will be better to have a centrist right, because the liberals would be better than the current crazy social democrats. And this isn’t a small phenomenon, it is a very big phenomenon. So because of this, and because a lot of people will not vote for the Socialist candidate, we can assume the traditional right will win. And during this sequence, it becomes very difficult for the left of the left to appear. What we hope is that after the 2017 elections, a new phase will really start. After the 2017 elections, we will hopefully witness the recomposition of the French left starting from the left of the left. But we still have the remains of the old parties, so it will take a few years yet.

A few notes about the French Left: