Home > English > NEWS AND ANALYSIS > Challenges for Justice in Palestine 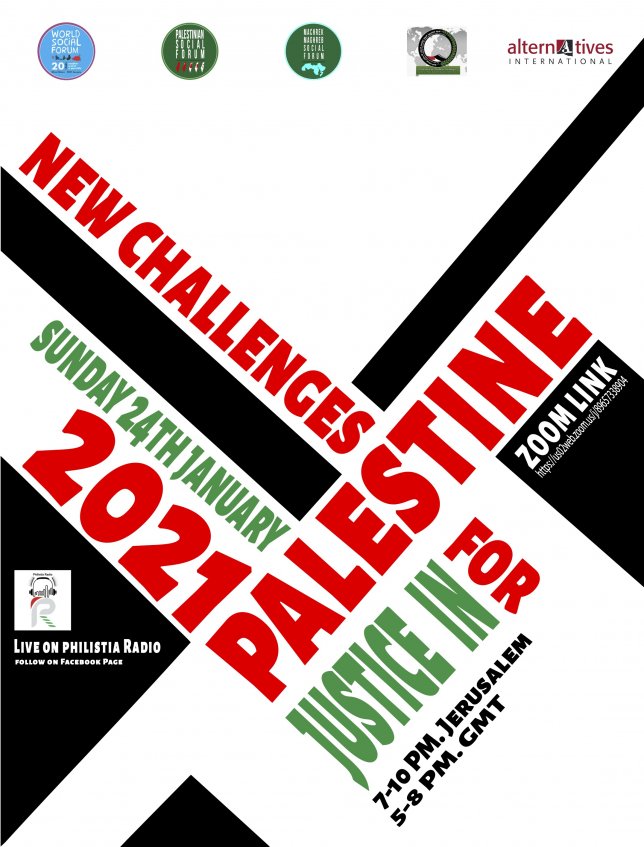 Challenges for Justice in Palestine

It seems that in Palestine old is new and new is more of the old. Justice remains elusive, a mirage in the fields of resistance. Occupation continues and keeps reinventing itself. Normalization has dug its roots deep in the arid government terrains across the Arab world. Is Palestine getting isolated?

It is also true that the struggle for the liberation of Palestine has been going on since generations and has sustained itself despite the unending challenges. It is also a fact that this struggle has been inspiring the people globally and has created an international solidarity movement, the largest ever, that continues to build momentum and reinvent itself.

What is the situation in Palestine today as far as the liberation struggle goes? What are the new challenges and what needs to be done?

Yara Hawari is the Senior Analyst of Al-Shabaka: The Palestinian Policy Network. She completed her PhD in Middle East Politics at the University of Exeter, where she taught various undergraduate courses and continues to be an honorary research fellow. In addition to her academic work which focused on indigenous studies and oral history, she is also a frequent political commentator writing for various media outlets including The Guardian, Foreign Policy and Al Jazeera English.

Bill Fletcher Jr has worked for several labor unions in addition to serving as a senior staff person in the national AFL-CIO. Fletcher is the former president of TransAfrica Forum; a Senior Scholar with the Institute for Policy Studies; an editorial board member of BlackCommentator.com; and in the leadership of several other projects. Author of “‘They’re Bankrupting Us’ – And Twenty other myths about unions.” Fletcher is a syndicated columnist and a regular media commentator on television, radio and the Web.

S. Michael Lynk is Associate Professor of Law at Western University in London, Ontario, where he teaches labour law, constitutional law and human rights law. Before becoming an academic, he practiced labour law and refugee law for a decade in Ottawa and Toronto. As well, he worked for the United Nations on human rights and refugee issues in Jerusalem. He is the UN Special Rapporteur for the Situation of Human Rights in the Palestinian Territory Occupied since 1967.

Stefan Christoff is an artist, community organizer and radio host in Tiohtià:ke/Montréal. Free City Radio broadcasts every Wednesday at 11h on CKUT 90.3fm and is also a podcast. Stefan launched the Artists Against Apartheid concert series in the city, which has built cultural support for the Boycott Divestment and Sanctions (BDS) Movement and led to the Montréal declaration of 500 artists expressing support for the BDS movement. Stefan is a contributor to bilaterals.org, launched in 2004, with the support of GRAIN, the Asia-Pacific Research Network and IBON Foundation, as a global collaborative project to express a shared concern about the growth of bilateral trade and investment deals outside of the World Trade Organization (WTO) and a feeling that these less visible agreements were "under the radar" of many social justice activists. In the past months Stefan coordinated a collective statement of artists, academics and organizations to express opposition to the Canada Israel Free Trade Agreement (CIFTA). Stefan is studying history at Concordia University and also works at Casa del Popolo. Find Stefan on twitter @spirodon on Instagram @spirochristoff

Alys Samson Estapé is a feminist, anti-racist activist and the European coordinator of the Palestinian-led Boycott, Divestments and Sanctions movement (BDS). Previously she worked at Hèlia, supporting women suffering from gender based violence and with cooperation projects with feminist organisations in Palestine. She also worked at Novact, the International Institute for nonviolent action she worked as project manager, and co- founded ODHE – the Observatory for Human Rights and Companies in the Mediterranean and published the “Guide for protection and promotion of Human Rights in public procurement”.