Home > English > NEWS AND ANALYSIS > Caste in the Diaspora 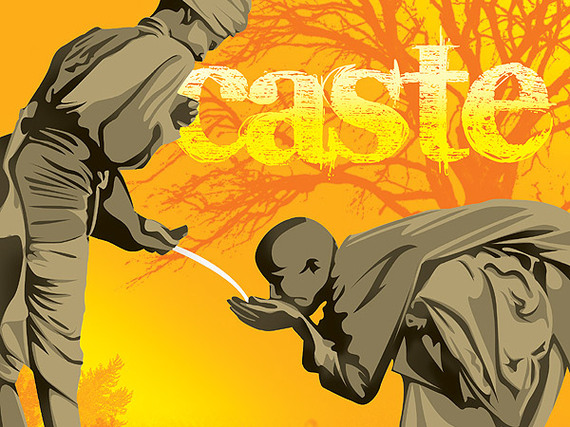 Caste in the Diaspora

On June 30, 2020 a landmark case was filed by the California Fair Housing and Employment office in the federal court in San Jose, USA, against the IT giant Cisco, Inc. The case, filed on behalf of an employee (John Doe, a pseudonym) of Cisco, charges his immediate supervisors of discrimination against him on the basis of his caste. John Doe was a principal engineer at Cisco when his supervisor (a Brahmin) ‘outed’ him to colleagues as a Dalit – an action whose context meant an immediate ‘lowering of status’ of John Doe due to assumptions being made about his abilities and capabilities. This led to John Doe filing a complaint with Cisco’s HR who did not find anything in the matter – since ‘caste’ does not exist as a protected category under any anti-discrimination law in the USA (federal or state). A series of retaliatory actions then followed. Two of John Doe’s supervisors (both dominant caste) acted in ways that created a hostile and harassing workplace for John Doe including denial of raises, promotion, and leadership positions. A good synopsis of the case details and the larger context of discrimination at the workplace against Dalits in particular are available here and here and some scholarly evidence on discrimination here.

What does this case mean for the Indian and broader South Asian diaspora in the USA? The importance of this case can be seen in the series of mobilizations that have occurred in its aftermath. Dalit, Ambedkarite and anti-caste organizations have condemned the casteism within the workplace, but also pointed out to the prevalence of casteism within everyday life of Indians. Casteism has been denied in public by the ‘model minority’ Indian community, while being practiced with impunity in multiple sites of everyday life such as temples, caste associations, marital practices, but also social networks, restaurants. One of the clearest and strongest set of initiatives has been made by the California-based Ambedkar King Study Circle (AKSC).

Started in the same year that John Doe experienced his stigmatized ‘outing’ (2016), and made up in large part by workers in the high-tech industry (especially Silicon Valley), AKSC has quickly grown to become one of the leading progressive voices in the Indian diaspora – consistently taking thoughtful stands challenging “caste, class, race, gender and religious oppression and oppressors on ideological, political and social fronts” (see more on AKSC. Taking a broad view of the issue of casteism, AKSC launched a multi-prong campaign. It first put out a public appeal for solidarityagainst caste practices in Silicon Valley and the USA (as a mark of solidarity, ICWI has hosted the solidarity statement here. This was followed by a call for testimonials from ordinary people who have witnessed or experienced caste practices. Titled in the radical tradition of Ambedkar as “Let’s Talk About Caste…To Annihilate It” this call has generated some examples of the banality and brutality of caste practices in the diaspora. A third initiative from AKSC with co-sponsors including ICWI is the Practice of Caste in USA: Discussion Series which features a weekly discussion led by scholars and activists. Now in its fourth week, it has also featured ICWI’s core member Balmurli Natrajan who spoke about “Conceptualizing Casteism: Cause and Effect”. Making a case that casteism is a set of practices that aids the monopolization of power and wealth on the basis of status claims, Balmurli laid out a number of points about how casteism works to produce ‘differences’ in order to create inequality. He also drew out the implications of his view of casteism for an anti-caste politics that is committed to an annihilation of caste.

ICWI looks forward solidarity work with AKSC and other like-minded collectives in being pro-active and reflexive about the ways that caste/casteism, gender/patriarchy, sexuality/heteronormativity and other forms of social identity-based inequalities continue to plague our communities including progressive collectives.