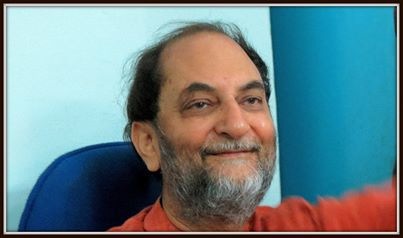 With the passing away of Dr. Vinod Raina today, India has lost one of its most eminent educationist and the person who worked towards the fulfillment of the 21a article in the form of 86th amendment, under which education became a fundamental right for children from 6 to 14 years. He was currently a member of the Central Advisory Board for Education (CABE) and of the National Advisory Council for Right to Education. He has been a Homi Bhabha Fellow, a fellow of the Nehru Memorial Museum and Library, Asia Leadership Fellow, an honorary fellow of the India Sciences Writers association. Being a theoretical physicist by profession, he utilized his scientific and rational mindset to be one of the pioneers of the People’s Science Movement in India, which aimed to.

In one of his interviews he quoted that, “Every child has the potential to become a creative person, to bring out that creativeness, which is not confined to school subjects, and this should be the quality norm”. By the given line he resonated on the quote by Rabindranath Tagore that, ‘Don’t limit the child to your own learning, for he was born in another time’. He himself believed in an inclusive and comprehensive learning the children, and tried for a systematic quality improvement studies and not just testing the child and evaluating the child on the basis of marks one scores in math or science. For him the outcomes of the test were not the basis for evaluating the child, but he advocated the national curriculum framework 2005 style of pedagogy.

I myself came to know about him in my undergraduate studies wherein as good models of education, I was taught about the pedagogy utilized by organizations like Eklavya and BGVS (Bharat Gyan Vigyan Samiti). He was the founder of the former organization and through BGVS; he started the adult literacy mode, and then extended it from 1989 in collaboration with the Government of India in the form of the National Adult Literacy Mission.

The true part about him was that when under criticism by various fronts on Right to Education Act, he himself said that he knows that the act is not perfect, but it is the big step which will lead to extensive amendments to improve it. For a person to accept the possibility of the future and for making it changing with the context and supreme to its previous modus operand, he does deserve an honorable goodbye.

(Author is affiliated with TERI University.)