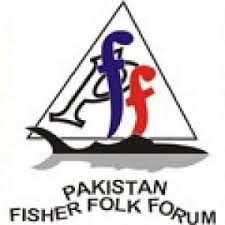 We the members of Alternatives International condemn the arrest of Mr. Saeed Baloch by Pakistani paramilitary forces and demand his immediate and unconditional release.

Mr. Baloch is the General Secretary of the largest social movement in the country, the Pakistan Fisherfolk Forum (PFF). The PFF has been waging struggle for the livelihood rights of one of the most deprived people in Pakistan, its fishing community. With the support of several million members, supporters and sympathizers it has led massive campaigns against exploitation of fisheries by multinational trawlers, environment protection, women’s rights and has also played an important role in promoting a people-to-people relationships approach towards peacebuilding between Pakistan and India.

Mr. Baloch has been with us on several occasions during the World Social Forum where he has shared the challenges faced by the fisher community in Pakistan and the struggles waged by his organization the PFF. He is also a senior member of one of the most respected human rights organization, the Human Rights Commission of Pakistan.

World Forum of Fisher Peoples in its press release said “We, the representatives of millions of fisher peoples from 40 countries world wide, condemn the arrest and criminalization of Mr. Baloch. We stand in solidarity with Mr. Baloch and the Pakistan Fisherfolk Forum and call upon the immediate release of Mr. Baloch”.

We, the elected representatives of the undersigned organizations are deeply concerned over the Pakistan Rangers’ continued targeting of political and social activists and workers under the guise of anti-terror operations. Human Rights defenders can be detained for up to three months without charge under the wide powers granted to the Rangers under the Anti-Terrorism Act.

We call for his immediate release!