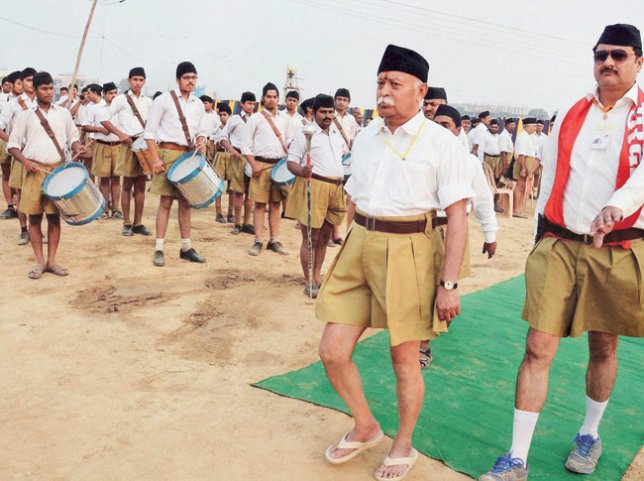 The university of Allahabad withdrew at the last minute its permission for holding an event scheduled for Monday to celebrate the Indian Constitution. Among the invitees were sociologist Prof Satish Deshpande, actor Maya Rao, singer Sonam Kalra, activist for women’s rights Abha Bhaiyya and others.

The university had not only granted permission to hold it in the Senate Hall but the VC himself was to be the chief guest.

The students have written an open letter to the Vice-Chancellor, saying that they will go ahead with the festival in the front lawns of the University and have not sought police protection as they “feel that we should now be ready to pay for seeking freedom.”

The copy of the letter is reproduced here:

I am making this letter public without your permission as its contents concern not only the two of us but the students of the University of Allahabad and the youth of Allahabad and this country as well. They need to know the pressure that our university leaders like you are working under. I hope that you’ll appreciate my intention behind making this correspondence public and understand that we do not do it to embarrass you.

Some of my fellow students approached you seeking permission to hold a day long event by the name, Liberty Festival, to celebrate the Constitution of India amongst the students of this esteem institution. You very kindly granted the required permission and also agreed to honor the event by accepting to be the Chief Guest of the event. We received a letter from the concerned authority mentioning your decision on 13.09.2017.

For many of us the permission was an achievement of sorts as we have seen such attempts fail in other universities. What should have been a routine thing three years back has now become extraordinary. That is why we felt doubly obliged to you and also felt proud that the University of Allahabad is in safe hands like you.

As the date of the festival came close we started getting the news of events of similar nature being cancelled in JNU, IIT Madras and Jamia Milia Islamia University. Needless to say ,we started getting anxious. Nevertheless, armed with your permission we went ahead with the preparation of the event.

This was a different event. We were to discuss and celebrate the Constitution of India, something that binds us, frees us and something that we as citizens of our country had given ourselves after we declared ourselves free from decades of colonial rule. This freedom that came at the cost of many lives is precious to us and it is the Constitution and its spirit that embodies and objectifies this freedom. Therefore, we feel that it is not only on the occasions of 15th August and 26th January, that we celebrate this freedom, but also remind and translate the principles of the Constitution in our everyday lives.

We continued to make arrangements in preparation for the event. Arrangements were made and guests and artists were to arrive from different parts of the country to spend a day of discussion, theatre, poetry, and songs celebrating the idea of the Constitution. All of them very carefully selected as they are among the finest in their fields and the festival would have been a rare occasion for the students and teachers of the university to interact with these brilliant minds.

But just a day before the event, on the eve of 16th of September we were verbally communicated that the permission was being withdrawn and we no longer have the venue.

Sir, you would agree that we do not need your permission to hold this event outside the campus. You also know that the reason you gave us (construction work) was a very weak excuse.

However, when I pointed out that the letter clearly mentioned a particular hall in the University, you mentioned that there was too much pressure from the Ministry of Human Resource Development and there was nothing you can do on this anymore.

We understand how it may have pained you to take back your own permission. How much you would have struggled with yourself to overcome your feeling of helplessness and humiliation before revoking your permission is something only you would know.

I also know that it must have pained you to see our efforts go in vain. How you must have felt helpless before those forces who have clamped down on you to push you to take this decision. Local RSS and ABVP units got active. They started a campaign and spread rumors about this event on facebook and other social media platforms. Pamphlets were distributed maligning the profile of the guest speakers claiming them to be anti-state and anti-nation. We were also accused of trying to turn ‘Allahabad into another JNU’ and of spreading hatred amongst students.

But I feel that it may have been for the good that you withdrew your permission. Had we succeeded in holding the event it would have created an illusion in the minds of those who feel that there is still some scope left in saving the freedom of different institutions of democracy. That bravery on part of individuals is all we need to uphold the autonomy of the institution. It is only good that now we know for sure that freedom of our institutions is gone for good and even a free mind like you cannot stand for it. University leaders are fettered from all sides and can be made to eat their own words at the instance of bullies that have overtaken all our institutional and social spaces. It is also an indication that it is only a matter of time that our personal freedom and liberty will also be taken away from us.

I think it is good that we have been reminded yet again of the starkness of the dark times we are living in, where even celebrating the Constitution of our country is seen with suspicion and free and critical thinking individuals are considered as threat and labeled anti-state and anti-nation. As Rilke said, our eyes would start seeing only when the darkness is complete.

As your good students we refuse to bow down in the face of this dull and pervasive feeling of fear.

In this light, we will continue to hold our event on the decided date in the front lawns of the venue, knowing very well that we may be attacked by the organized forces that intend to shut us down. We do so as democracy and freedom is not a given or received thing. One has to be eternally vigilant and struggle daily to gain it.

We would not go to the police to give us security and would like to face the consequences for asserting freedom.

Let me assure you Sir that we bear no bitterness towards you for this last minute withdrawal from your side. This is perhaps a trade off intellectuals like you have to make with the ruling powers of the day to be allowed to run our institutions.

I still hope that you would attend the festival in your personal capacity.