Home > English > NEWS AND ANALYSIS > Algerian Hirak After One Year 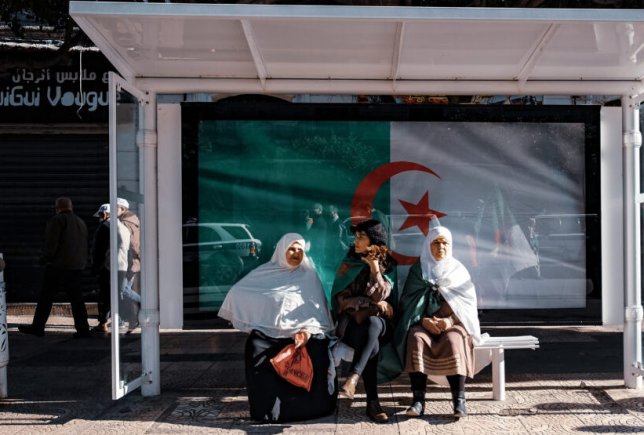 Algerian Hirak After One Year

Algerians are celebrating this week one year since the beginning of the Hirak on 22 February 2019, a protest movement that was triggered against President Abdelaziz Bouteflika’s fifth mandate, to end up weeks later with the demand of the resignation of all the power network that was around him. One year later, determination is still unwavering but, a lingering question remains: what is next?

“No Parallel in the Arab world”?

The movement is unique in the history of Algeria. And may be in the region, as by comparison to what happened in Iraq and Sudan (in 2019), for instance, “the revolution of smiles” has been relatively calm. New York Times qualified it very rightly as having no “parallel in the Arab World” because it has been mobilizing people for a year now, “without shedding one drop of blood.”

However, there is at least one common denominator with the Arab world uprisings: the predominance of youth in the protest movement is shared by the other Arab movements and it is a sign of future transformation of the whole region despite multiple setbacks. Educated youths, who look with anxiety to their future in countries where unemployment has been steadily increasing since the beginning of the last decade (The MENA Region has the highest youth population and the highest rates of youth unemployment) share the conviction that their grievances could only be addressed by good governance. Like their neighboring Tunisia, Algerians needed only a trigger to revolt, and Bouteflika’s bid for a fifth term was the spark.

Let’s roll the tape one year back. On February 22, 2019, The Hirak started to oppose the senile eighty-two-year old president Abdelaziz Bouteflika fifth-term and forced him to drop his bid and quit the political scene. After this announcement, Algerians took to the streets again. “This is only a small victory,” a young Algerian told the BBC, the ultimate victory is when “they All leave”. For more than 52 weeks, people demonstrate every week with one thing in mind: the whole system (ruling politicians, army officials, corrupt businessmen…) must be overhauled.

The late army Chief Gaid Salah tried to echo some of the Hirak’s demands, with the arrest of some of Bouteflika’s allies. That did not work much. People see the army Generals as part of the power apparatus that should leave the political scene, too.

The authorities, which seemed to tolerate the protests at first, stepped up a crackdown since last June, with the arrests first of those who were displaying Amazigh (Berber) flags, then intensified arrests since September and October (2019), ahead of presidential elections, with the arrest of many prominent leaders. Abdelwaheb Farsaoui, President of Youth, Action and Rally (French Acronym, RAJ) was arrested on October 10th, 2019, while protesting peacefully for the release of prisoners of opinion. He is accused of “incitement to violence” and “undermining territorial integrity”. For those who know Farsaoui well and have seen his role in keeping protests peaceful, these are groundless charges.

Although Abdelmagid Tebboune , the winner of the last controversial presidential elections, promised that there would be dialogue with the Hirak and that he aims to establish democracy, freedom and the rule of law, still, approximately eighty activists are in prison.

Recently, Nacer Djabi, an eminent Algerian sociologist and a leading political figure wrote in a London-based newspaper, “a climate of mistrust is growing between the (new) government and Algerians because the authorities are continuing with the same (old) policy, creating a psychological and political fracture between a society that is becoming more and more politicized and aware of its own strength and a regime that refuses to change,” keeping with its old authoritarian reflexes.

Different from other revolts

A former Algerian Minister told the New York Times, “we have removed a president without exiling him as in Tunisia, without imprisoning him as in Egypt and without killing him as in Libya.”

In fact, the Algerian Hirak has two features: an unswerving determination to get rid of the old political apparatus and to do that with only peaceful means. With peaceful means, “it takes more time, but at the end we will succeed,” said Mustapha Bouchachi, a lawyer and an emblematic figure of the Hirak, to a journalist.

In fact, when speaking to protesters, you easily figure out that they have learned from past lessons to make them avoid violence when facing authorities. First, the seven-year war of independence cost more than one million victims; then about 200,000 people have lost their lives in the internal conflict of the 1990’s. That’s to say, important changes in Algeria’s history came at a heavy human price. And Algerians are not willing to repeat that past. Even when most Arab countries entered into an era of uprisings, Algeria, haunted by so many years of violence and bloodshed, watched for the outcome. May be waiting for the opportunity to arise.

Then there were the lessons from countries like nearby Libya, Syria or Yemen where aspirations for democracy and freedom turned into civil wars that shattered the countries, making peace and security a long way off.

“Our Hirak is the synthesis of our past and present history,” one militant told me during my visit of solidarity, along with a Tunisian civil society delegation, in April 2019.

After the collapse of what is referred to as “the Arab Spring” in most countries, Elie Mikhaiel Nasrallah, a Lebanon born writer and journalist, who lives in Canada said the failure (of democracy) in the MENA region has something to do with the Arab culture “rusted” by centuries of ultra-conservatism and opacity. The result is that any viable modern ideas would be hard to absorb and digest.

That’s not the point of view of Jean- Pierre Filiu, a French historian specialized in the history of the Arab world. He wrote a book on the Hirak called “Algérie, la nouvelle independence” (Algeria, the new independence) where he traces back the one-year protest movement to the war of independence.

For Filiu, the Hirak should be seen in the context of the Algerian history, going back to the 1960’s when the independence of the country was “hijacked” by the army, “thus crushing” the internal resistance. The military branch of the National Liberation Front (FLN) dominated all the political life for the past decades. Even when people expressed their discontent against deteriorating conditions of life and the one-state party by the end of 1980’s, protests were crushed by the army…

So, people, through their weekly hirak, want to emancipate themselves from that grip. In other words, it is “a struggle for post-dictatorial independence after the struggle of the post- colonial one.” For Algerians, the determination and the non-violent commitment is the only guarantee of its success against the tragic abuses of the past.

But beyond its peaceful means and its unflagging determination for the last twelve months, it seems that the Hirak lacks a clear strategy. Burning questions remain unanswered: how to translate the protests into viable political demands? In other words, how can the protests evolve into a political force? Because without a clear political strategy, a road map for a democratic change, a structure and a credible representation, the protest movement is likely to falter. “They (protesters) have to learn to negotiate in order to reach a consensus,” said historian and expert Karima Direche to Africa news.

For now, there has been a major achievement. Even if he stays in power, Abdelamgid Tebboune, is a new president in a new era in the history of Algeria, so “he will never be able to govern like those before him,” said an Algerian university professor. That is, at least, a relief for Algerians.