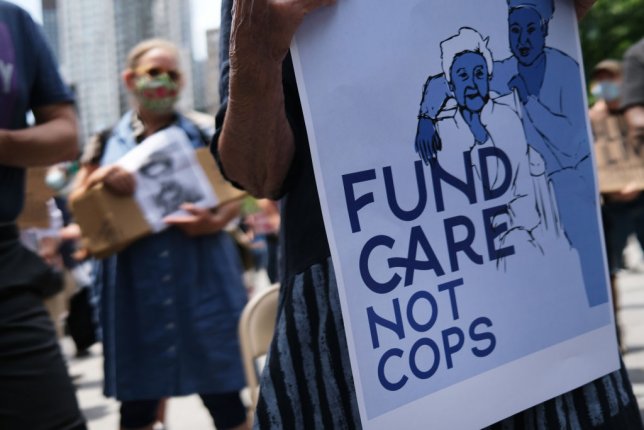 A Long History of Dehumanizing The “Darker Brother”

I am the darker brother and “I, too, sing America”

When the Black American poet, Langston Hughes (1902-1967), wrote his beautiful poem, “I, too, sing America”, Harlem Renaissance or “the New Negro Movement” as it was called in the 1920’s, was in vogue. Most Black artists, even though proud of their African origins, tried to integrate their experience within the American cultural history. The message conveyed through the poem is his right, as a black person, to feel patriotic, to be American, and to be treated equally with his “white brother”, “to sit at (his) table” and eat with him instead of being sent to eat in the kitchen when “company comes”. The poem is a beautiful reminder that, even though slavery had been abolished long before, blatant racism and prejudice persisted.

In his lifetime, Hughes lived the 1960’s civil rights movement, the times of Rosa Parks, the Black lady who had refused to give up her seat to a white person on a segregated bus, thus violating the Montgomery (racist) law, that was meant to make minorities enjoy equal rights and social justice in the USA. Although the movement achieved a breakthrough in equal rights for Black people, they were still unfairly treated.

Despite all the steps taken to destroy racial barriers, America has not yet come to terms with what Black people have endured throughout history. They are still beaten, tortured and lynched. More than fifty years after the Civil Rights Movement, the world was stunned when seeing the haunting images of George Floyd pressed down by a police officer for more than eight minutes while repeating his plea that he can’t breathe.

Floyd’s murder was a turning point. It exposed America in front of a bitter truth and an urgent necessity for change.

In fact, the murder of Floyd was not, as it’s been revealed, an isolated incident. It occurred six weeks after police in Kentucky shot Breonna Taylor, a twenty-six-year black woman in her home and about three months after the killing of twenty-five-year-old black man, Ahmaud Marquez Arbery, by two white people while he was jogging.

And impunity seems to be the rule for police officers. They could use unlimited force, knowing beforehand that they are hardly going to be held accountable.

Says Bryan Stevenson, director of Equal Justice Initiative (EJI):“When Breonna Taylor, Ahmaud Arbery or George Floyd are killed, the immediate instinct of police, prosecutors and too many elected officials is to protect the white people involved.”

The murder of George Floyd has shocked the world but “to be surprised by it is a privilege African Americans do not have,” wrote the Time Magazine. The Washington Post published statistics revealing that, from 2015 to 2019, the police killed around 1000 Americans each year. Three quarters from them were blacks.

With growing protests in Minneapolis and elsewhere, American media began to talk about the extended culture of impunity among the police department particularly in the city. “Only 13 out of nearly 1,200 complaints processed from 2012 to 2015 resulted in discipline.” In most cases, there is no follow- up. Derrick Chauvin, the police officer who killed Floyd, was subject to more than 15 disciplinary cases since he had joined the police force twenty years ago. Almost all of them were closed.

In April, just about a month before Floyd’s murder, the Coronavirus had sickened and killed tens of thousands of Americans. African American communities were mostly hit. According to the Atlantic Magazine, black people across the country were dying from the disease at about twice the rate of white people. That is mainly because of healthcare disparities.

Although African Americans account for about 12% of the US population, they represent 22% of those who have had the Coronavirus and 23% of those who died of it. According to Pew Research Center, seventy-three percent of them said they lack emergency funds to cover health expenses.

The problem of health vulnerability is closely related to socio-economic disparities. In the beginning of the year 2020, the Congress published a study entitled “The Economic State of Black Americans.” We can read that, despite substantial social and economic progress, there is still huge gap between the median wealth held by Black families ($17,000) and white families ($171,000). That is a ratio of 10 to one. Also, unemployment for Black Americans is twice the rate for White Americans and they are twice as likely to live in poverty.

“Trump is our punishment”

If the election of Barak Obama in 2008 fed the hope of racial equality, the victory of Donald Trump in 2016 was seen as a huge step backwards. Facing more and more anger against racial violence and social disparities, the US President threatened protesters with the army, “the most vicious dogs and the most ominous weapons.” More and more Americans believe that he fostered white supremacy. According to Pew Research Center two thirds of Americans believe that expressions of racism have increased during his term.”

Meanwhile America faces a threefold crisis: a catastrophic mismanagement of the pandemic, economic fallout with rising poverty and unemployment and social and racial unrest. And Black Americans in all this chaos? “It is Covid-19 is killing us, cops are killing us or the economy is killing us,” told one Black protester the Time Magazine.

After centuries of “the Original Sin” of slavery and decades of the Civil Rights Movement, it’s still a long way to dismantle racism and segregation. Unfortunately, Langston Hughes’ dream to be treated equally with his white brother is still a long way down the track.