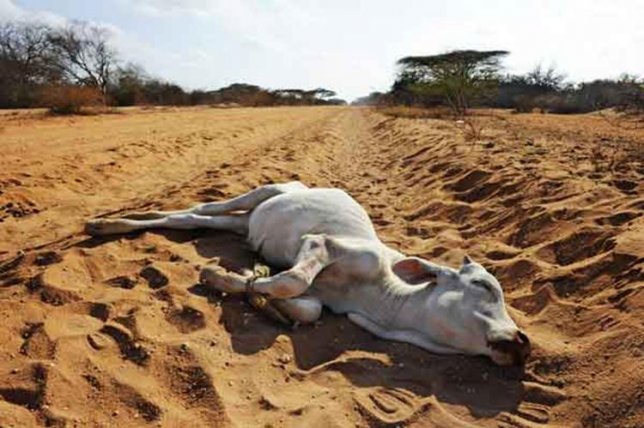 A Dream That Could End The Nightmare

INDIA may be waking up from its unwarranted nightmare. A call has gone out from the head of an impoverished and populous province to cobble an anti-Hindutva alliance to foil a fascist takeover. The conditions look ripe. The economy of course is not shining.

There are many explanations. One is the piranha-like tycoons spawned by a neo-liberal ruling clique. In the rest of the world, neo-liberalism is being questioned. Bernie Sanders and Jeremy Corbyn have lent voice to a global movement and they have found an echo in India. When university campuses reverberated with socialist slogans recently, the government moved swiftly to muzzle them. It contrived cases and slapped sedition charges on some of the most inspiring student leaders the country has seen.

A more straightforward explanation for the economic mess lies in loot. The mercantile capitalists embraced by Gandhi as the ‘trustees’ of free India have literally walked away with mega tons of people’s money. They have shown the banks a clean pair of heels. The Supreme Court is furious and wants names named. The national security adviser has stepped in with a more riveting agenda. He wants the courts to focus on national security instead; in other words to hang and jail more people, more swiftly.

To compound the nation’s woes, drought has arrived and monsoons are not due for at least two more scorching months. Much of the suffering this entails is predictably man-made. Millions are being kept parched so that the water tanker mafia, among other connected crony entrepreneurs, prospers.

Jack Nicholson as a sleuth investigated the great water heist in the formative days of California. That was in Polanski’s Chinatown when the snoopy hero nearly got his nose fed to the villain’s goldfish. A few good Indian journalists, led by Sreenivasan Jain and P. Sainath, are showing the red flag from parched swathes. Himanshu Thakkar, India’s respected expert on water management, is warning against its plunder in the heart of drought land, on lush golf courses.

The revered cow, essence of India’s refurbished nationhood, is in trouble. Many will perish by hunger, others by choking on plastic bags they scrounge in the absence of fodder. (The incidence of pedigree dogs being abandoned has increased, an indication that the urban middle class is feeling the pinch.)

An inordinately high number of farmers may be unable to stand up to the grim prospects. Some have committed suicide. Many more look just as vulnerable and could face starvation. The water minister says there is neither any need nor a way to prepare for a drought. A farmer’s two kindergarten children were on TV, sent off to Mumbai to find work and food.

Meanwhile, more illicit money has been found abroad. The Panama Papers could be only the tip of the iceberg. A two-year-old promise by the prime minister that he would put Indian Rs1.5 million from a separate tranche of retrieved money in everyone’s account has lapsed. His alter ego and party chief has described the promise as poll-year comment, not to be taken literally.

People are cursing their luck. The government is cursing the people. A faulty flyover being constructed in Kolkata has collapsed. The prime minister, in his election outfit, called it God’s curse on the ruling party of West Bengal. Then there was another man-made tragedy, in a temple in Kerala this time. Did we see someone biting his reckless tongue?

Being clumsy with rural folk has usually incurred a cost. Indian history is littered with episodes of peasant revolts. Drought and exploitation were and are at the source. The Patidar Movement of capitalist farmers in Gujarat is spinning out of control. The Jats are another prosperous agrarian community. They were used cynically against Muslims in western Uttar Pradesh. The ploy worked and it catapulted Modi in the general election. Now, faced with broken populist promises (which probably were not meant to be taken literally) the Jats are bracing for a showdown.

Remember that the Sikh peasants rose against the mighty Mughal empire and have refused to be subdued till today. When the state under Indira Gandhi sent the army against them, Sikh peasant-soldiers deserted the military in large numbers. The Indian Express report on Monday told a similar story from Haryana. Jat “policemen deserted their posts, sided with protesters,” said the front page lead story. The number of police deserters belonging to the Jat community was in the hundreds, the newspaper said, quoting unnamed highly placed sources privy to an official report being prepared on the flare-up.

History repeats itself, and that’s not a hollow cliché. With food scarcity in 1832 in Maharashtra, which is also the venue of India’s worst drought today, food riots spread against the moneylenders many of whose ilk form the current ruling elite. As for drought, peasants have historically attacked grain traders for practising witchcraft whereby they could stop rain. All this is recorded history.

We therefore need to take very seriously what Bihar chief minister Nitish Kumar says for he is a veteran peasant leader who cut his political teeth in the stormy campaign that ended Indira Gandhi’s emergency rule. A day after becoming party chief last week, he demanded the “largest possible unity” against the BJP this time, by bringing Congress, the Left and regional parties on one platform before the 2019 general elections.

As we write, crucial elections are under way in four or five states. The BJP has little to no chance in West Bengal, Kerala or Tamil Nadu. If at all it makes headway it should be in Assam. But this could not be a reason for anyone to rest on his or her laurels. India is in ferment, and its people cannot afford to be caught napping yet again.