Home > English > NEWS AND ANALYSIS > A Brief History of Politeness 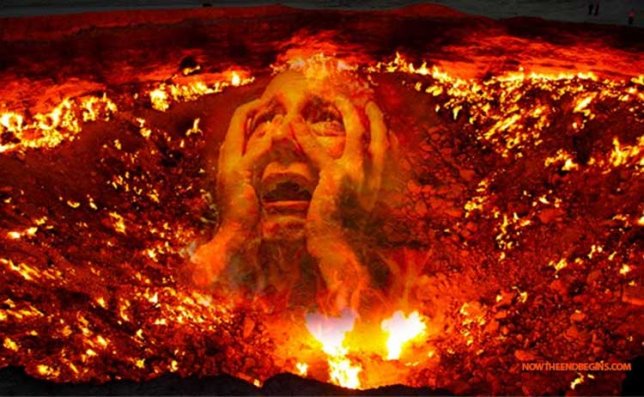 A Brief History of Politeness

From political speech to social media tirades, for half a decade or more now, the use of rude language, gestures and threats has become ubiquitous around the globe. The complete absence of politeness – along with (or because of) growing economic woes, political turmoil and ecological destruction seems to be the chief characteristic of our times.

Politeness emerged in human history as an antidote to pettiness, mistrust, deceit and above all the use of violence to settle differences. Today, as the foul tongued rapidly displace courteous discourse all around the globe, it is a clear marker of conflict in the days ahead. For, wherever the swear word goes, the sword can never be far behind.

The signs are everywhere, from the mob lynching of Muslims by Hindu extremists in India to the crazed gun attacks on Hispanic immigrants in the US by white supremacists. And this global epidemic of hatred is not just about religious or racial differences alone, given the dire consequences faced every day by those politically challenging Brexit in the United Kingdom.

It is almost as if the entire globe is preparing for war – any excuse will do – and the abuse we witness today is merely a trailer for what is to come ahead. From Donald Trump to Vladimir Putin or Jair Bolsonaro to Narendra Modi – the world is today dominated by so-called leaders, who openly spit on every norm or process for moderating abuse of power ever invented. Armed with nothing less than nuclear weapons, vast armies, enormous propaganda and wealth at their command, these modern-day warlords are dragging the planet back to the days of endless conflict.

But then, what exactly is the purpose of stoking hatred, mistrust and even war so wantonly? And how is it that these warlords seem to be not just getting away with what they are doing but also finding considerable public support?

The answers to these questions seem to be at several different levels. Politically, it is not a coincidence, that behind the growing phenomenon of racism and pseudo-nationalism, lurk policies that increase social inequalities, privatize public resources, rollback rights of workers or farmers and subvert democratic institutions in general.

What is happening today is a throwback to the early twentieth century, when the entrenched elites of Europe – alarmed by the rising socialist and communist movement – jumped into the open arms of fascism. While fighting their own internecine battles to divide the spoils of colonialism, they also deliberately encouraged racist and nationalist politics to pit ordinary citizens against each other.

The destruction and bloodshed of the World Wars however made it impossible for them to continue ruling as before and the emerging new world order saw the spread of democratic systems, greater rights for labour, mechanisms to prevent wars of aggression or crimes against humanity, decolonization and greater sharing of global resources.

This phase however, is now giving way to a new wave of attacks on citizens’ rights, wealth redistribution, sovereignty of weaker nations and anything that comes in the way of concentration of power in the hands of small global or national elites. The tools being used to break the post-Second World War order are also identical to those deployed nearly a century ago–fascism, racism and nationalism, together with passing off pure fiction as history.

In Europe or the US for example the numbers of those today, denying the Holocaust ever happened or supporting the Nazi credo of racial supremacy is growing exponentially. They have no recollection of tragedies of the past and for them the Second World War was just a tackily made Hollywood movie.

In India too, the genocidal violence of the Partition at the time of Independence seems to have been completely forgotten, while the world’s only victim of a nuclear attack, Japan, is busy rearming itself to take on its historical rival China. China itself, betraying its own roots in a socialism, has become a capitalist behemoth and a racist one too, as is evident from the systematic degradation of its Uighur Muslim population.

While the role of elites in fomenting hate is understandable, how does one explain why ordinary workers, farmers and citizens are getting swayed by fascist propaganda and giving up the very rights they fought hard battles over several centuries to achieve? Here, the reasons involved are more complex and have to do both with the nature of human beings and the way humans treat Mother Nature itself.

The idea of humans as being mostly peace-loving but forced to wage war due to evil politicians, crooked institutions or the exploitative social or economic system – in my view –captures only a fraction of the truth. It is important to recognize the blood lust that resides deep inside many ordinary human beings too, if we are to forge realistic ways of challenging fascism – ignoring this aspect is nothing but a recipe for disaster.

At a very basic, biological or evolutionary level, the simple fact that we often easily forget, is that humans are the most successful predators on our planet. Every fearsome rival – from the tiger to the rhinoceros – has been made so ‘endangered’ today, they have been reduced to living off charity and at the mercy of their two-legged masters. While the powerful ones have been eliminated, the meek – the cow, pig, sheep and dog-have been domesticated – through a mix of both violence and trickery.

As a result of this long struggle for primacy against other species and indeed with all of Nature itself, humans it seems have become biologically wired to dominate members of their own species too. What can yield more power than to have walking, talking and supposedly thinking humans under one’s spell or command?

If artificial intelligence is defined, as an entity that obeys simple commands and can be maintained at low cost, then human slaves were its first samples in all of history. But being human, raw violence as means of enslaving them was not enough and over time, a variety of other devices too emerged. Chief among these were institutions that regulate the economic, social and cultural lives of the masses on a daily basis – from money to marriage and education to entertainment.

The manipulation of debt, lure of wealth or power and raw emotions engendered by religious beliefs have been used to set up and maintain rigid social hierarchies, such as the Indian caste system or the vast economic inequalities that we see all around the world today. Educational institutions or the media, potentially tools of human liberation, have been turned into weapons to keep the slaves regimented and perpetually divided along various fault lines, ranging from language to creed and gender to culinary preferences.

Such division is aided by the fact, that even the oppressed often find someone less privileged than themselves to lord it over – to get a taste of that heady narcotic of ‘feeling like a master’.

It is this tendency of humans to divide themselves into little tribes, exclusive groups or caste-like formations and go to war, that is being exploited by those right at the top of the global pile, to break down structures antithetical to them.

Very ordinary folk are now being deliberately infused with the madness of hate and set up on various targets – from religious and cultural minorities, immigrants, the poor, women and generally anyone considered ‘different’. We are now at a point in history, when the only thing many people seem to want to learn from all of history, are pretexts for slaughter in their own times.

So, what is one supposed to do now in the face of these gigantic global forces, mobilizing the darkest aspects of human beings, to create mayhem, spread hate and carry out massacres – all just to cling on to their hegemony? Does the answer lie in following Gandhi or his spiritual predecessors, who appealed to the goodness of humans, to respond in a non-violent way to the evil around them?

I am not so sure at all. First of all, any spirituality that focuses on the human being alone is not going to be enough as our deeply ingrained habit of exploitation comes from the way we relate to our planet itself. Human beings cannot be ‘good’ to each other unless they first learn to respect and protect Mother Nature and all the forms of life She sustains.

This is the spirituality of the indigenous people in every part of the world, who follow the simple principle of reciprocity in their relation with Nature – never take more than what you can give back. Modern civilization on the other hand, not just takes too much it also returns to Earth only its toxic wastes – an equation that needs to be transformed completely.

As for the Gandhian prescription of non-violence at all times, here again we must learn from indigenous people, who have always maintained peace with the peaceful but never hesitated to fight those who wanted war. This is especially so when the opponent one faces has no scruples at all and is willing to sacrifice every principle of humanity in the pursuit of endless power.

A clue to the way forward also comes from the memories of past struggles against different forms of slavery. From time immemorial, the slaves of the world have risen in rebellion and challenged their masters in myriad ways. They have set up their own religions, celebrated their culture and identity, asserted their basic rights and even carried out bloody revolutions – forcing their masters to share power, resources and above all treat them with dignity.

Today if we casually claim ‘all humans are equal’ – this is the result of grand struggles to establish this principle, which was not accepted through much of history and is even today anathema to those who rule the world. In other words, there are no easy solutions and it is only after going through a trial by fire, that the voice of reason, logic, facts, evidence can come out on top to establish peaceful co-existence among all on our beleaguered planet.

To lament the passing of the old order, while understandable, can only result in illusory hope that will make the world worse than what existed before. Instead of being defensive, in my view, one should not also shy away from turmoil and instead see it as an opportunity to change the world for the better. We all love peace, but if war is the only language the masters of the universe understand today, then the people of the world must prepare for dialogue in the mother tongue of their oppressors.

And as for politeness, if one examines its antecedents carefully, it emerged as a blood-soaked byproduct from the historical victory of the oppressed over the oppressor. For no master was ever willingly courteous to his slave, unless the latter had a sharp, pointed object in hand and showed the determination to use it.

Satya Sagar is a journalist and public health worker who can be reached at sagarnama@gmail.com