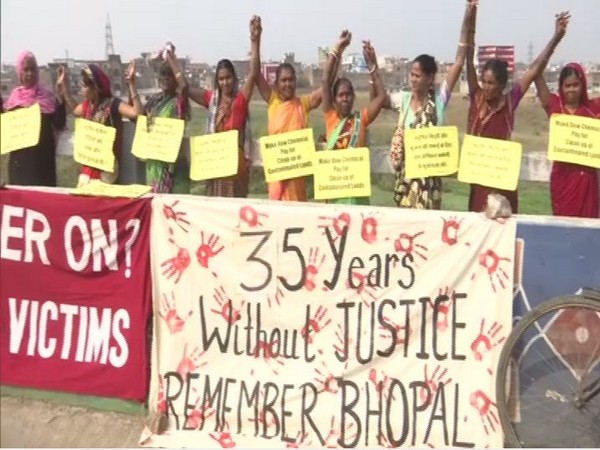 “People are suffering. People are dying. Entire ecosystems are collapsing. We are in the beginning of a mass extinction, and all you can talk about is money, and fairy tales of eternal economic growth. How dare you?”

While those impassioned words from Swedish teen activist Greta Thunberg galvanized millions around the world, leaders of major world-powers disagreed about how/if to act on climate change. The most severe warning from Thunberg was that the consequences of climate inaction aren’t only catastrophic, but are irreversible especially for the generations yet to be born.

When the world-leaders disagreed on how to address climate change, it was contrary to the undeniable evidence: rising global temperatures, catastrophic droughts, storms, severe cold, extreme heat, floods, mass extinction of species, disappearing forests and forest fires that are larger and longer lasting. Impact of climate change that previously took millions of years to befall is now occurring within a century if not decades. There can no longer be any doubt that climate catastrophes are a direct outcome of capitalist gain caused by human action for the benefit of rich and upper classes; which leaves ordinary working-class citizens in despair, poverty and poor health.

Many Western leaders, including President Barack Obama, have described climate change as a national security crisis since it would require military intervention to stop the influx of refugees caused by climate change. Environmentalists have demonstrated that the risk of wars, particularly in countries divided along ethnic lines, coincide with climatic calamities. As a result, millions of people flee, increasing the risk of new conflicts. Clearly, in addition to geo-politics and ethnic-divides, climate calamities and global warming should be added to the list of complications causing war.

A clear example of profit accumulation and human disaster, the military-industrial complex and geo-politics can be seen in the 1984 explosion at the Union Carbide factory in Bhopal India, and the 2003 US invasion of Iraq to find weapons of mass-destruction (which to date have not been found, but resulted in a destroyed country and millions of displaced citizens). Ironically, the real weapons of mass destruction were in Bhopal, India, manufactured by the US a multinational. The pesticide plant exploded engulfing the city in a billow of poisonous fumes killing 2,600 people overnight and over 25,000 to date and counting.

These poisoned weapons of mass destruction still exist in Bhopal. Neither the defunct Union Carbide nor its new owner, Dow Chemical, care about the toxic pollutants immersed into the waterbeds and the soil thanks to apathy of successive US and Indian leaders.

When Thunberg warns world leaders, “You have stolen my childhood”, she is asking to recognize that climate change, profiteering and industrial disasters are gendered and cross-generational. Many young girls who survived the 1984 explosion are grown women now and giving birth to deformed and disabled babies. Who would have thought that babies would be inheriting deformities from their mothers who were forced to inhale poisonous gas three and a half decades ago? Thousands have become disabled and suffer the ravages of respiratory disease, madness, cancer, and other unidentified illnesses because multinationals continue to collude with the state and withhold information. What to say about the US government that commissioned the Dow Chemicals to produce napalm and Agent Orange during Vietnam War?

Under the banner of eradicating Third World poverty, multinationals and climate-enemies eradicate the poor and pollute the air, water and soil. The lives and the health of people becomes the cost of capitalist development. The Bhopal disaster of 1984, the disaster at the garment factory in Bangladesh in 2013, the invasion of Iraq in 2003, as well as famine, drought and soil erosion in between — confirm that problems we face on the climate crisis and industrial disaster are systemic and fundamental societal change is needed.